Not long ago, Intel announced its own arc series of high-performance desktop graphics cards, with a Chinese name of Ruixuan. In addition to upgrading the Xe HPG architecture, it also supports dx12u, optical tracing and so on.

Even facing AMD's FSR and NVIDIA's DLSS game technology,Intel also has the corresponding XESS oversampling technology, the implementation process is somewhat similar to NVIDIA DLSS version 2. X. it uses deep learning to synthesize images very close to the original high-resolution rendering quality, combines spatial data (adjacent pixels) and temporal data (motion vector of the previous frame), and then feeds back to the pre trained neural network to reconstruct sub-pixel details and optimize the scaling of the frame.

Officials say that thanks to the upgraded AI assisted amplification function, the performance can be improved by up to twice. 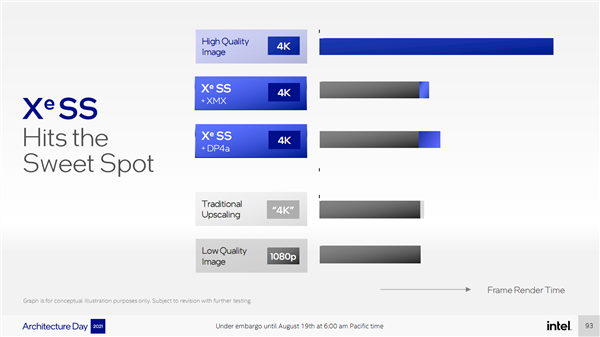 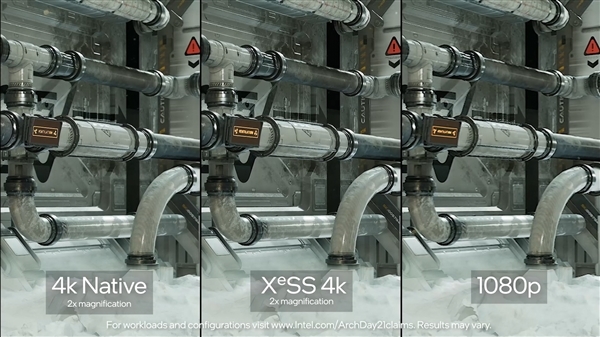 For XESS technology, Intel is also very generous this time and maintains the openness of the technology. It can support not only its own arc graphics card, but also NVIDIA and AMD graphics cards. However, the implementation methods are different. Its own graphics card has a special Xmx engine to accelerate XESS, and other graphics cards are implemented through dp4a instructions.

As for older graphics cards, although dp4a instruction set is not supported, XESS can also be run by fp32 and fp16, that is, the performance will be slow.

Among the three video card manufacturers, except NVIDIA's DLSS is limited to their own video cards,AMD and Intel are very open in FSR and XESS technologies,Other graphics cards can also be used. 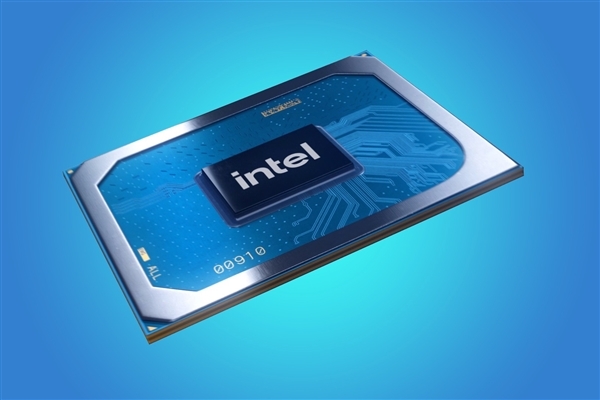