At the global conference of realm GT, officials have confirmed that realm book notebook and realm pad tablet will be launched. The notebook has appeared, but no further news has been released from the tablet so far.

It was previously said that the realme pad screen is 10.4 inches, the body size is 246.1x155.8x6.8mm, and will be equipped with Qualcomm snapdragon 768g processor.

But now another video blogger revealed that the tablet will be equipped with MediaTek Helio g80 processor.

As can be seen from the rendering pictures previously released by foreign media, realme pad will provide dark gray and silver versions. It adopts a straight frame design. The convex camera on the back is a single shot, and a dividing line passes through the camera for embellishment, which looks very distinctive.

It has been confirmed that the tablet has passed DEKRA certification and Rhine certification, and the lithium polymer battery capacity is 7100mah.

In addition to this realm pad, realm may also launch wearable, true wireless Bluetooth headset and many other products. 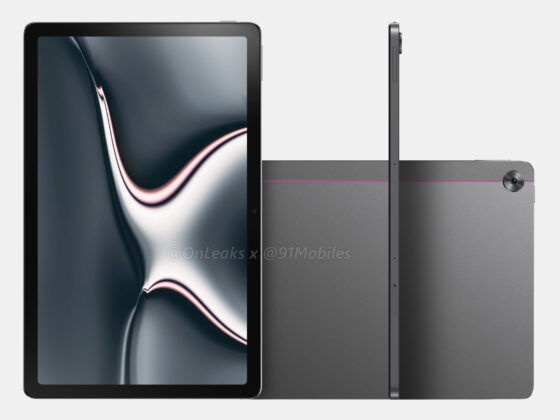