In the metacosmic era, all art will become NFT

Video games like fortrite have the shadow of the meta universe. Players have a digital image, seamlessly roam from one world to another, buy virtual goods, and participate in the whole virtual economic system.

Zuckerberg said that in the next few years, the technology giant will continue to sell their virtual reality products at lower prices, such as oculus VR head display. Future revenue will be generated mainly through advertising and digital commerce in the metauniverse itself.

When talking about the monetization of the elusive concept described by Zuckerberg, we should turn our attention to fortress night again. By selling accessories and non functional skin to players, Epic Games, the parent company of Fortress night, generated $3 billion in revenue in 2018. The company said in a statement that epic's current equity valuation is $28.7 billion.

Facebook and epic are its platforms, and non homogenous tokens (NFT) are also widely used. At the same time, visa and other traditional financial institutions have also begun to test the water of the virtual world.

A start-up set foot in the meta universe

Atomic form's 27 inch digital display uses its hardware to connect directly to the blockchain to ensure that all NFTs are verified. NFT has a unique address and can connect directly back to its owner. Therefore, users can't download content at will and project it onto their picture frame.

Users attach their encrypted wallet to the hardware of atomic form, which also allows them to lend their NFT to other display owners, and the price can be set by Ethereum's blockchain.

Co founder David is a former bitcoin miner and neuroscience researcher at Columbia University Medical Center. For ten years, he has been interested in exploring the economics and design mechanism of blockchain. 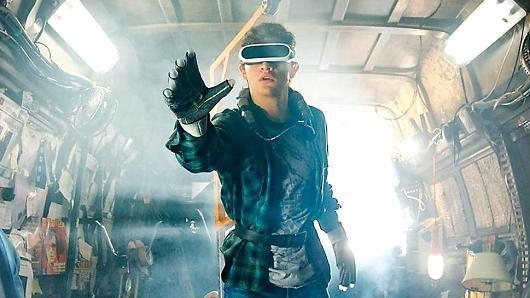 Related news
How can China build an NFT trading platform in the field of pictures?
Resist malicious hype! Ant, Tencent NFT full name change
Metaverse Investment and Developers Launch NFT Museum to showcase various NFT categories such as game music art
NFT into the game was "scolded back", why the meta-universe in this game is depressed?
Grab money or innovate? The video game world is divided on NFT
Sky-high NFT is copycat, boring ape knockoff can also cut leek?
Wikipedia editors voted against classifying NFT as a work of art
Follow Facebook and Instagram youtube and tweet or will be involved in Digital Asset NFT
NFT: An Internet "game Token"
Why is NFT plus a game equal to illusion?
Hot news this week
The developer of the dating app Tinder has reached an agreement with Google over billing rules for its app store
Still did it! Canada has banned Huawei and ZTE from participating in the country's 5G network on "national security" grounds
Red Elf Lightning erupts in the Himalayas Spectacular Spectacle: Experts Reveal What Exactly Is This?
Shipments in the first quarter fell 11%, exposed Xiaomi, OPPO, Vivo cut orders 20%, Apple bucked the trend to increase production
The founder of the Internet Quick Hand Su Hua was taken away for investigation, and the fast hand responded: the news was not true
Wang Xiang, president of Xiaomi, explained that a shortage of low-end chips is a major challenge in overseas markets
Or for Studio Display Pro, the release of Apple's 27-inch Mini LED-backlit Display has been delayed by October
Tencent Q1: The business service business has "slightly decreased" year -on -year, and resource centralized video cloud and network security | View financial report
One picture to understand! Blue Factory has issued 3 new machines in a row: self-developed chip blessing, the narrowest lower border
Sony released the active noise-canceling headphones WH-1000XM5, equipped with 2 chips and 8 microphones
The most popular news this week
Audi advertising poster photos only sell for 8 yuan? Photographers question the unreasonable use of the photo purchase
Twitter spent $150 million to settle privacy and security lawsuits with the U.S. government
Hong Kong Hang Seng Index Opens 0.5% Baidu Hong Kong Stocks Open More Than 2%
Amazon's new CEO participated in a shareholders' meeting for the first time: to restore normal profit, ready to cut off the excess warehouse
Baidu, Shunwei and Fosun are shareholders, and pharmaceutical Internet "unicorn" pharmacists help hand over the watch to the Hong Kong Stock Exchange
Google CEO Pichai: Recession fears intensify The cycle volatility in the tech industry is even more intense
Amazon CEO first appeared at the shareholders' meeting: to restore normal profit
Sony claims that the full recovery of membership upgrade fees is a technical error
Taobao 618 will be launched in the Yuan universe shopping: three -dimensional "shopping Taobao"
Yuncong will be listed on the Science and Technology Innovation Board on May 27 at 15.37 yuan per share