Chinese scientists in front of the row, are not worthy of troubles 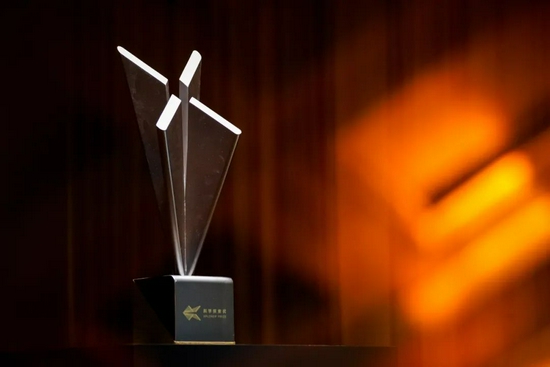 We should be able to applaud, and applaud for these 50 people. They are worth more praise, although the awards are just a brocade.

When Ji Ni Ye came into the company's door, suddenly found more than 200 people's lanes welcome, many unfamiliar beauty colleagues ran over to give him flowers. All kinds of cameras and cameras in newspapers and TV stations are generally facing him.

This is of course the highlight of his life, this moment is rare. 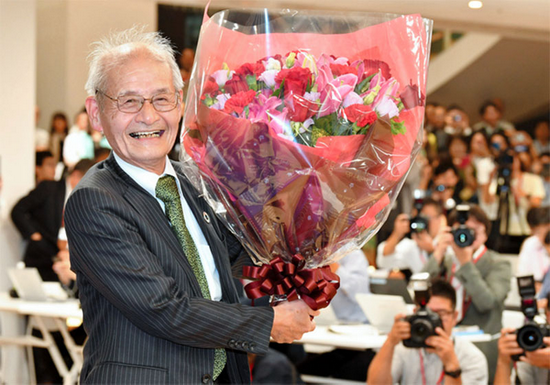 At the same time, when his wife went to buy food, he was stopped by the reporter. She said she said: "When I now, my heart is still jumping, I can't stop."

This may also be this ordinary wife, a high-gloss in a lifetime.

Because Yoshino has received the 2019 Nobel Chemical Award.

At this moment, most scientists will not have in their lifetime. They have never been lonely.

Who is Tang Ming?

This fresh fresh meat born in 1988, handsome, delicate, often leaves a short hair. The hoodie is approximately his daily standard.

In addition to walking in the school, there is some turning ratio, he is in Beijing, and can only be considered a generous member of all beings. No one stops for him, and there will be no one will run coming to find him signing. 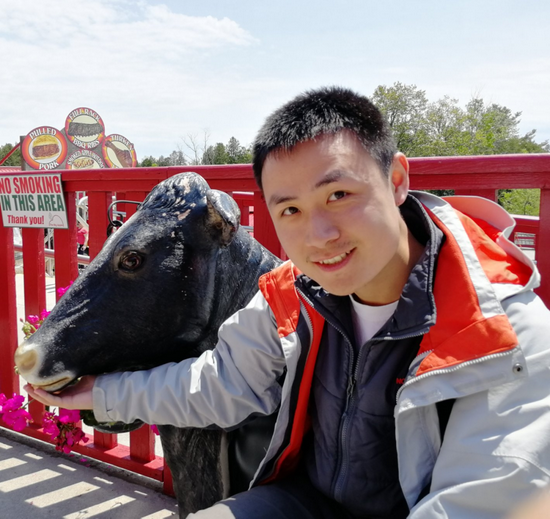 He is a researcher at Peking University Earth and Space Sciences.

However, he has published two articles in the international top scientific magazine "science", and the national outstanding young funds. His research is the crust, and his article in "Science" magazine has rewritten people's understanding of the formation of crust plates.

When the article was published, he was only 27 years old.

A total of 50 scientists have received this award. In the next five years, each of them will receive 600,000 yuan award from Tencent Foundation every year, accumulating 3 million yuan. This fund is completely dominated by them.

The rewards they have received, a total of 150 million yuan.

However, behind this number is actually involving a larger group of scientists. In this year, there were 1135 young scientists got nominated, 106 bits from the re-examination reply, and the top-scale big coffee from more than 800 scientific communities worldwide, including more than 600 Chinese Academy of Sciences, Academician Academy of Engineering, Academician, more than 100 countries, and more than 20 principals from the whole world participated in nominations, recommendations and selection.

Scientists who win the award, the average age of 40.5.

40 years old. When I said this year, many people will immediately appear a word: middle-age crisis.

However, the word in middle-aged crisis is hard to hang hooks with scientists.

Of course, because the three words of "scientists" are radius. When many people go to elementary school secondary school, it is a common option to become a scientist.

But scientists are a complex collection noun, and its aura obscures back to constitute a real personal dilemma in this group. Transforming the words, its embarrassing situation will appear: College lecturers, associate professors, professors, research institutes, researchers, and companies employees, researchers.

Their middle-aged crisis and any white-collar workers, the blue collar is fierored, as a fluff in the same place, is full of dog blood plots. 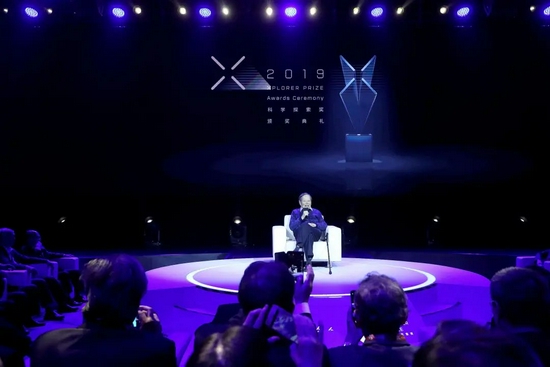 Only those beautiful names: Einstein, Newton, Yang Zhenning, Li Zhengdao ... It seems that they are from Sun Dasheng, who is bullied from the stone, and they have become a holy, Nobel. Winner.

They have never been. Before they made a scientific breakthrough in the human destination, they were there, and they were even painful. Most of them are tired of life, and they are struggling.

What supported? There is a survey to conclude: the biggest problem of scientists is not a scientific funding, but can't afford the house.

Basic science research, mostly in a first-tier city. And their individual, like other people in school, research institutes or companies, but they are workers. House car children, the troubles of the world, they can't miss it.

5 years of 3 million yuan, I bought peace of mind and focused.

What did they do?

Randomly find a few in these 50 people.

Another example: The first scientific exploration winner of 2019, Professor Li Tiefeng in Zhejiang University. Military deep-sea manipulatory software robots in March this year is the breakthrough of the team he led.

They are all heroes of this era, and all mankind can benefit from their daily work.

However, they are all people who are "loneliness and no one."

One day, when Zhang Jie from the academician of the Chinese Academy of Sciences came out of the airport, I saw a lot of young children holding a brand, holding a light stick, and smashing the "Zhang Jie" loudly.

At first glance, he may have thought that this is to welcome himself.

Of course, no one cares about him, others are waiting for the singer Zhang Jie. The peers felt a coincidence, and took a photo of Zhang Jie's college. The People's Daily commented: "It is also a humor of scientists." 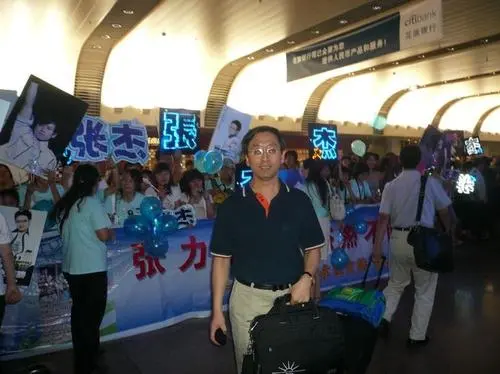 ▲ Many years ago, Zhang Jie, academician of the Chinese Academy of Sciences, in the airport, welcomes the singer Zhang Jie (Figure / Network)

In 2019, she received the first scientific exploration award. The first thing she got a bonus is to quickly change a car. Her cost is due to 2005, and even the window has been shake. Every time I pay the parking fee, I have to open the door.

She is a Ph.D. Tsinghua University, providing technical support for national atmospheric pollution prevention and treatment. Later, she has developed an app to reduce the family to the air pollution and cost savings plan, and use it to the public.

In order to reach scientific research, she has to be a field study, running several provinces a year. 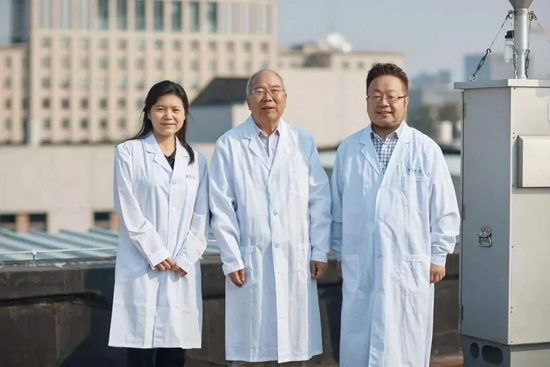 There is a word in China Zen Master's Master's "Bi": the world is watching this flower, like a dream.

Many times, some people are also similar to scientists, and the mouth is good.

On weekdays, we use modern technology products, but there are not many people who will think of scientists. When we face technology competition, there is a technical bottleneck, call for new breakthroughs, this remembers them.

We have been so long.

I am not trying to be sad, in fact, there is no tragic.

When each scientist chooses her own career, they are very clear about their situation.

They will never have a consecutive spotlight of the sky, even if they are being sentimental, they are similar to the Nobel Prize, Zhu Ke Award and other scientific circles, which is also a short light.

Scientific research means that the first poor and blue lights; it means that it may not be a good result in many years; meaningful individual income, and make huge contribution to human society.

They have their own fun, looking for the glory of their lives. Everyone's self-choice has irreplaceable rationality. Their life is unparalleled.

However, instead of our martial artists, these people who can enjoy their success and outcomes, more need to give them more glorious, more help and more. Because when they can be more calm, efficient and carefree, our lives can have a significant change.

The scientific exploration award is of course a prize for them, but in fact, it is also a reward for us, because of their award, but will soon be able to achieve unexpected benefits.

Therefore, we should be able to applaud in Jiye, and applaud for these 50 people, applauding 1085 scientists. They are worth more praise, although the awards are just a brocade. Because they have already been accustomed to silence and loneliness in the public perspective.

The real giant change in our world, depends on their annexerent.

(Disclaimer: This article only represents the author's point of view, does not represent Sina Network.)

Related news
WE ARE BEST RELIABLE AND SUPPLIERS OF PAIN KILLERS WORLDWIDE
Are you OK？ Sogou input online "Lei Jun imitation" voice
The English name of Chinese liquor has been changed: Chinese Baijiu has been officially launched
HOW I GOT MY EX BACK WITH THE SPELL OF DR EROMOSE THE GREAT
Are you looking for real spell caster to bring back your ex
We are the best producer of authentic counterfeit Banknotes,
Hot news this week
"Used car salesgirl" appeared on the webcast platform: netizens were angry because of their exposed clothes
Ping An Bank's net profit rose 32.5% in the third quarter, Xie Zhiyu crazy reduction, Zhang Kun is a big buy
Xiaomi intelligent clean ecological chain enterprises to pursue technology to complete 3.6 billion yuan C round financing
Microsoft CEO NADELLA is most concerned about three things: ubiquitous computing, AI big model and virtual online
Alibaba Cloud released a new operating system "Dragon Lizu" secret research and development 10 years anger 20 billion
Jia Yueting is paying back the money again! Faraday's future former employees in China receive a pay rise
Internet users ridicule this year's "Double 11" : Taobao "collapse", promotional text messages bombarded, still do not understand the rules
Documents show that Huawei SMIC received export licenses worth hundreds of billions of dollars even after being blocked by the United States
Huawei SEMICONDUCTOR Manufacturing International received export licenses worth hundreds of billions of dollars from the United States
The storage chip faucet is 119 times the first three seasons, the chairman reporter is born, "cattle scattered" did not lose the position.
The most popular news this week
Us safety commission chairman: Tesla autopilot system breaches safety and should be restricted
French students in Beijing and Shanghai are suing Apple for not giving away iPhone 12/Pro chargers
Meizu POP3 true wireless headset light experience, the limits after the limits
Ali Tencent and other Internet employees by pit miserably! The principal landlord plans to run away with the money in 3 years
Do you agree? Expert: Long vacations should be suspended during epidemics
The biggest electric car order ever! Hertz rental car on-line Tesla Model3: Expensive
Samsung Tab S8 Ultra exposure: Tablet also has Liu Haiping
AMD will launch its new HPC on November 8, a day before Nvidia
Netizens get a 145 yuan Apple new polished cloth Photo: Compatible with all Apple product boxes
Apple "Apple Watch Pro" brand name LOGO exposure