It is rumored that Nintendo has permanently adjusted the price of switch standard hosts in the UK and EU markets.

Among them, Nintendo Europe mall reduced its price by 30 euros to 299.99 euros,Some European retailers (such as Amazon, France) reduced their prices to 269.99 euros, with a maximum decrease of about 456 yuan.

However, switch Lite still maintains the pricing of 219.99 euros without synchronous adjustment.

Many speculate that,Nintendo's move is to make way for the upcoming switch OLED, which is priced at 349.99 euros. Nintendo also responded, saying that the reason for the price reduction was the currency exchange rate.

Nintendo Europe spokesman said that the company has considered a variety of factors and believes that it is the right time to adjust the price, including the upcoming launch of switch OLED, and dividing a more reasonable price range is helpful for consumers to buy.

It is understood that the main change of switch OLED is to upgrade a 7-inch OLED touch screen with 64GB storage, add a wired LAN interface to the base, and have a new adjustable angle bracket and a new speaker. The endurance is still 9 hours, and the CPU and ram have not changed.

At present, the price of switch life enhanced host bank of China is 2099 yuan, and there is sufficient cash. Although it is expected that the price cuts in other markets will follow up one after another, considering that OLED has not been introduced, the price adjustment of Bank of China may not be possible in the short term. 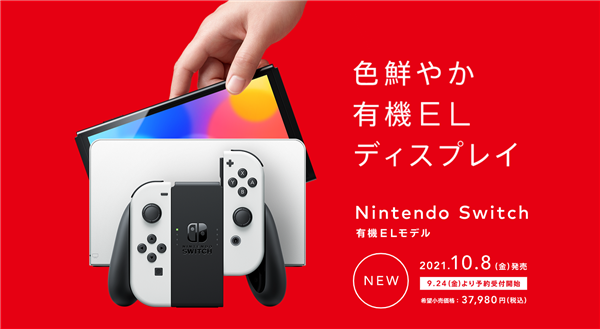