5 reasons not to buy the Apple Watch Series 7

"When everyone else is talking about their watches charging for hours longer, Apple is talking about our watches charging faster!" First of all, I want to make it clear that if you are an Apple Watch Series 5/6 user, there is absolutely no need to upgrade Apple Watch Series 7. If you are an earlier Apple Watch user and want to upgrade, I still do not recommend you to buy Series 7 for the following reasons:

1, old appearance design, can only rely on new colors to attract eyeballs 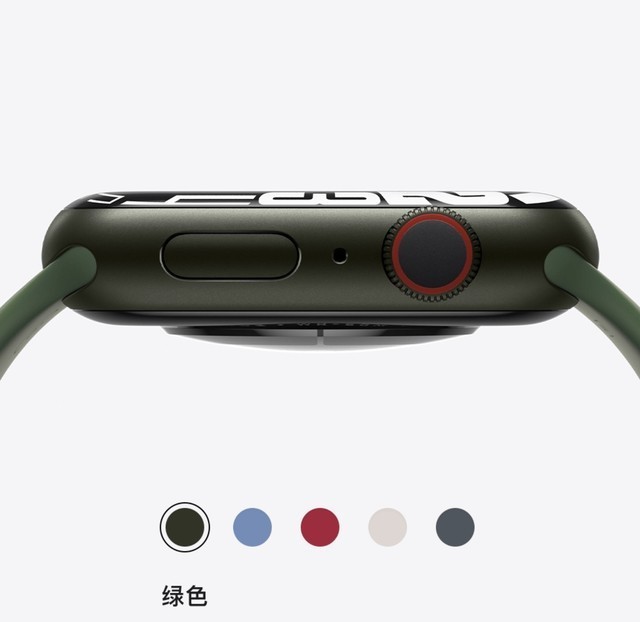 The Apple Watch Series 7 has the same look as before, but only five new colors are attractive. The "big upgrades" Apple touted -- about 20% larger display area, 70% brighter interior (when your wrist drops), 33% faster charging, and a more robust case -- are really just basic, regular upgrades. As an Apple Watch Series 6 user, I couldn't help but laugh at these "big upgrades." 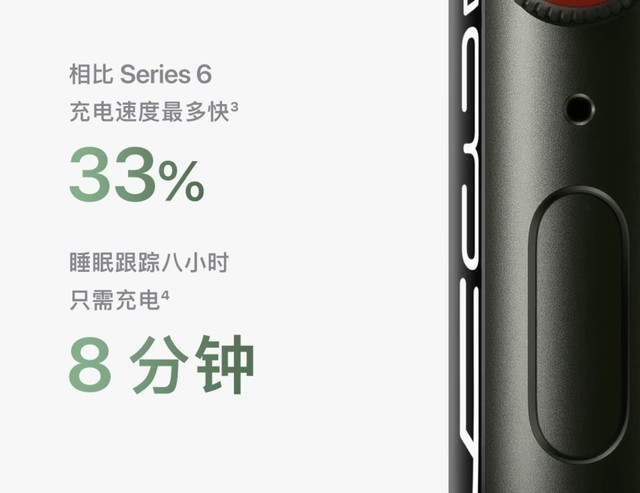 Since Apple hasn't said anything about battery capacity, I can only assume that the Apple Watch Series 7 doesn't see any improvement at all, and that you still need a 1 /1.5 day charge, and that's at a high battery health level. As the number of charges increases, it becomes difficult for the battery to last a full day after it decays to a certain point, so fast charging comes in handy. But am I missing the ten minutes to recharge? What I'm missing is the 0.5-1 day endurance!

3. There is no upgrade in functions. Apple Watch Series 6 can satisfy you 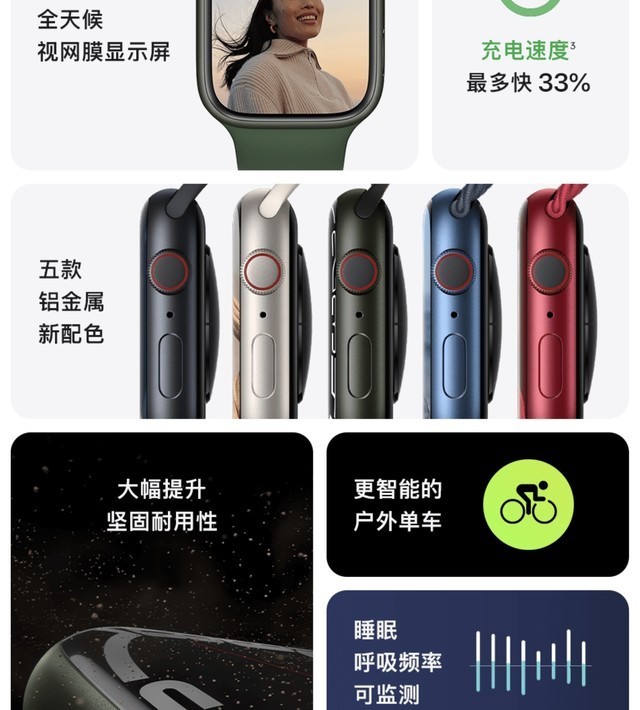 In terms of features, I don't really see any upgrades to the Apple Watch Series 7, like blood oxygen measurement, sleep monitoring, fall detection, mindfulness exercises (actually the "breathing" feature on the Series 6), fitness training, etc., Almost all of these features are included in Apple Watch Series 5/6, so why do I need to pay more for Series 7? Give me a reason first.

4. Imagine typing with a full keyboard on the Apple Watch? 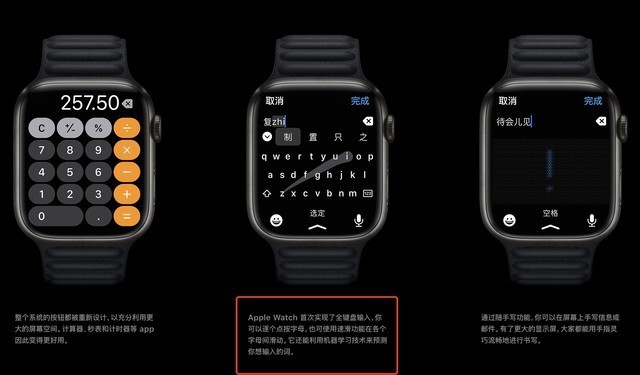 According to Apple, "For the first time, Apple Watch offers full keyboard input. You can tap letter by letter, speed skate between letters, and use machine learning to predict the words you want to type." Um... I can tell you this: unless you are too tired to take out your phone and type, you want to experience the "pleasure" of typing on a 45mm screen, then you will get used to this experience. Otherwise, please use your phone and send messages like a normal person. 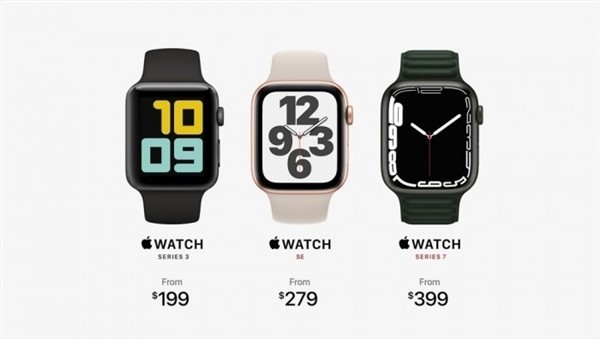 After the Launch of the Apple Watch Series 7 ($399), the Price of the Series 6 was immediately dropped to $279, a full $120 difference between the two models. This is still the price on Apple's official website, while the price discount of Series 6 on Domestic e-commerce platforms such as JINGdong and Tmall often falls below 3,000 yuan. As the latest product to be released in this press conference (late autumn), there is basically no discount for Series 7.

In my opinion, Series 6 is the most suitable or cost-effective option for both those who want to upgrade to the old Apple Watch and those who want to buy an Apple Watch for the first time. Of course, if you don't need blood oxygen measurements and the on-screen feature, the cheaper Watch SE will work better for you.

Related news
Apple watch series 6 and apple watch se out of the box (video)
5 reasons not to buy the Apple Watch Series 7
Never buy Apple watch series 7! There are five reasons
It is reported that Apple Apple Watch Series 8 Standard Edition will not be redesigned
Hot news this week
During the quarter, we signed a multi-year intellectual property patent licensing agreement with a major licensee. This positive result enables us to obtain more 5G patent licensin...
Win10 digital version will be discontinued: free whitewash is still available Microsoft has not been under the dead hand for 7 years
Microsoft posted $17.4 billion in non-GAAP net income on revenue of $52.7 billion in the second quarter of fiscal 2023
YouTube complained about: using offline return-to-work policy to illegally block contract workers from unionizing
India receives Radio Signals from Galaxies 9 billion light-years Away Astronomers: Aliens not involved
Beautiful country semiconductor ushered in the winter, US high enterprises inverted, our country market doesn't buy it!
Cybertruck skipped tickets again! Mass production of Tesla electric pickup truck will not wait until 2024.
Apple will relax measures to deal with COVID-19 's epidemic and encourage employees to go back to work
Huawei P60 Pro latest configuration chart revealed: variable aperture and satellite communications are on the list
Intel: 14 generations of Core in the second half of the year, and build a new architecture from zero next year.
The most popular news this week
The iPhone is No. 1 in China! Why do people prefer Apple to Android?
China develops starch and protein synthesis technology for corn stover: Costs drop dramatically
Technology tree point crooked? Toyota's new patent: hold the door handle can be sterilized
Eight satellites in eight hours! China rushed to Venezuela's relief efforts
Apple bet on mixed reality, but the selling point of the product is not enough.
Baidu is reported to launch an AI chat robot service similar to ChatGPT in March this year.
The most powerful SSD becomes the last song Intel retired Aoteng hard disk: 6 years of performance is still leading
Don't wait for the entry-level Tesla! Extreme Krypton 003 prototype revealed: or 160,000 starting price
Apple's car accident detection function has been misreported constantly, and the rescue department has been tortured.
To accelerate electrification, Honda China's technical research Technology and production technology companies merge