The apple press conference has ended. The iPhone 13 series, the new ipad Mini and the apple watch 7 series are all unveiled. Which one do you want to buy? 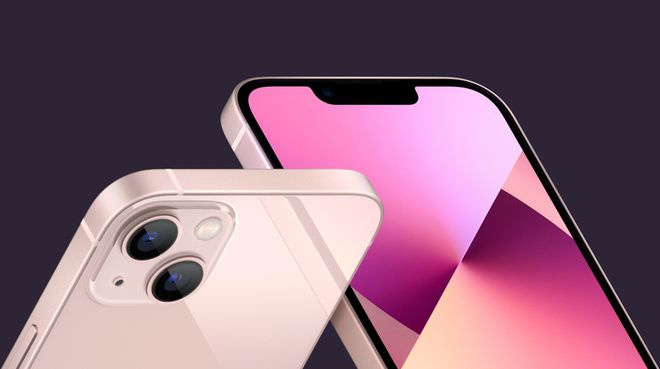 There are not many adjustments to the iPhone 13 this time. One is 120Hz high screen swiping, the other is battery life enhancement, the other is that the bangs become smaller, and the A15 is equipped, and the camera has been adjusted to a certain extent.

As for the sixth generation ipad Mini, the most obvious improvement is the appearance. It introduces the design language of iPad air 4 as a whole and adopts the comprehensive screen scheme for the first time. Because it is equipped with a comprehensive screen with ultra narrow frame, the physical home key on the front is also cancelled for the first time and changed to the side fingerprint of touch ID power source key.

In terms of core, the sixth generation ipad Mini is equipped with the latest A15 processor, and the storage capacity is available in 64GB and 256gb. The price of WLAN version is from 3799 yuan and that of cellular version is from 4999 yuan.

The highlights of Apple watch 7 were almost exposed before. The most important thing is the appearance design. The frame is only 1.7mm, 40% narrower than the previous generation, the display area increases by 20%, and the brightness increases by 70%. The overall color value is very high.

In terms of dial, with the increase of screen area, the UI and dial also change, and the text content is displayed 50% more than that of the previous generation. Apple calls the apple watch 7 the most durable Apple watch. This time, it also supports ip6x, which is also the first apple watch. You can go anywhere you want in the wild.

A picture from aifaner

Related news
Apple Watch has been on the market for four years. Do you own it?
Apple Watch Series 5 Relevant News Stocktaking
Apple watch is five years old. There is still a lot of room for your imagination
Apple plans to launch 12 interest free installments of Apple card services
Hot news this week
Capital does not love SAIC, "flying" subsidiary, Jet Hydrogen Technology intends to go to science and technology board
Wechat: It will not be possible to create an account for controlling comments and Revelations related to star artists
WeChat Alipay personal collection code will not be used for business collection, digital currency sector rises
Big bang! Wechat, Alipay personal payment code can not be used for business payment, what is the impact on you?
1.6 billion yuan too cheap? BMW's $1.6 billion takeover of Brilliance's Factory in China has been called off
Interpretation of the more than Q3 financial results: dead agriculture shrink self-employment, transformed into "more farmers"? | the planet of wealth
From March 1 next year, the personal payment code of wechat Alipay will not be used for business payment
Is it the brother who 'cuts' me? The blue-moon issuer has cut jobs, with some employees saying the year-end bonus won't be awarded
Exclusive | New Oriental new Progress: in the United States to open Chinese line classes subsidiary to undertake the transformation
European Telecom I hope that the US science and technology giants bear the cost of network construction
The most popular news this week
Apple will mark the end of the iPhone 6 Plus as a classic generation of outdated products
Market research firm: Global smartphone shipments in the third quarter fell 6 percent year on year, Xiaomi third
Qualcomm releases the first generation of Snapdragon G3x game platform for mobile games, mixed realistic design
Netease cloud music listed on the first day, now falling 0.68% reported HK $ 203.6
Station B bought a stake in game developer Xinguang Liumei, whose products include Warring States Period
Sohu layout knowledge live
Intel discrete graphics name, performance exposure: chasing NVIDIA two years ago
Xiaomi's first 4K new product hits! It is highly recommended
Mobile phone storage is really not the bigger the better 18GB ordinary people can not use
The next generation of OS Stable Edition is ready! Xiaomi 12 is perfect