Amazon CEO said that its retail business accounts for only 1% of the world: it is difficult to say that this is a monopoly. 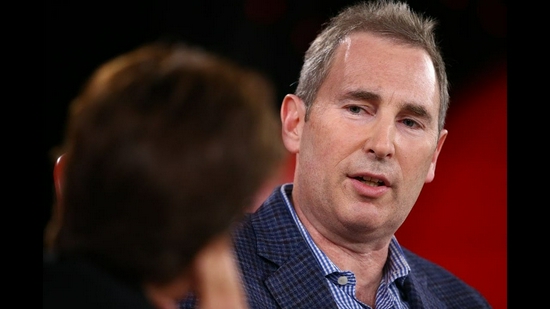 Amazon CEO Andy Jauxi received his first television visit since Tuesday, defending the company, said that it is difficult to prove that Amazon occupies monopoly in the retail market.

Jiasi said: "When you look at whether a company monopoly, you must first look at what kind of market share. Our retail business only accounts for about 1% of the global retail market, and it is worse from most shares. far away.""

He said that the definition of monopoly is due to lack of competition, it can be "unconstrained", but "we compete with some very large companies. These companies include Wal-Mart, Target and Croger. And some very successful digital companies, such as eBay, Etsy and Wayfair, we have no ability to increase in any unconstrained way. In fact, if you look at what we usually do, we will continue to reduce the price, because these markets Competition is fierce. "

He added: "Sometimes these sayings sound good, but you must look at what the reality is, only 1% of the global retail market, it is difficult to say that this is monopoly."

In addition, FactSet has recently reported that considering third-party sales, consumers are now spending over Amazon over the expenditure of Wal-Mart.

In price issues, Karl Racine, the general prosecutor of Washington, China, filed a lawsuit against Amazon, accused the company's third-party seller, illegally manipulating an e-commerce market by penalizing a third-party seller and illegal manipulation of products with lower prices on other platforms. , Try to take advantage of the interests

At that time, Amazon said that Roshin "completely reversed the direction", his remedial measures will force Amazon to provide customers with higher prices, which weird violates the core objectives of the anti-monopoly law. "

Related news
GitHub Trending has long been “hidden” by Chinese developers. Foreign developers SAY NO
Facebook Accounts Center cross-application setup tools
Hot news this week
Performance exploration of Apple A15 processor: CPU standing still compared with A14 and GPU increased by 38%
Tencent announced that WeChat open external chain declaration followed the four principles started to execute on September 17
Tesla was stolen by a teenager in the basement of the community and hit several cars! Exposure of monitoring picture in the vehicle
IPhone 13 dominates the hot search list experts: there are no hammers like apple that cause widespread discussion for free
IPhone XR, 12 pro, Max and other models off Apple's official website: the maximum price reduction of the old model is 1500 yuan!
Amd released radeon software adrialin version 21.9.1, bringing more new features and extended support
Huawei matebook's new product is equipped with windows upgraded version of Huawei application market and supports running mobile applications
Jingdong health "National Health season" is about to open. The Mid Autumn Festival gift is as low as 50% off and 20% off every 200
The starting price of iphone13 is 5999 yuan. Understand Apple's new product launch: 5 products appear
Jingdong opened its first super body store in Indonesia, making "China service" as loud as "made in China"
The most popular news this week
The first round of iPhone 13 opened apple market value evaporated by 300 billion yuan overnight
Over $800 million! Twitter seeks to "break the financial disaster" in case of misleading investors
Twitter settles securities class action for $809.5 million, shares fall more than 4% at one point
Russia has increased fines on Google and Facebook for illegal content by up to 20% of their annual revenue
Rush hot search! Baoli iPhone13 is available, Fujikang urgently recruits 200,000 people, the bonus is up to 12,700 yuan per person!
Apple CEO Tim Cook avoids metaverse: I stay away from buzzwords and prefer to call it augmented reality
Amazon investigates Indian employee bribery scandal: zero tolerance for corruption
Tesla autopilot is! Regulators: Address basic safety issues first
Unprecedented space movie come true! Russia has done another big thing
Oscar starring! Apple invests in sci-fi blockbuster preview: Must brush the rhythm