Probably no one expected, a few days ago, the world's netizens for the life and death of a pig with different languages of more than 40,000 floors.

And the whirlpool center of this verbal sword, is this pink pink tender pig. 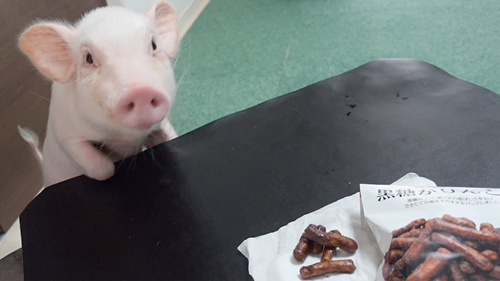 It started in May of this year. A Japanese anchorman has launched an online channel called Pig Eaten 100 Days later, announcing the fate of the pig to all Internet users from day one.

The host posts a 2-3 minute video every day, recording the pig's growth, getting along with the food like a pet and taking it for a walk. 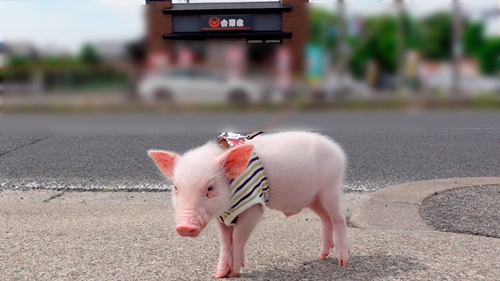 Give it a nice bath.

Especially when xiaozhu turned half a year old, the host held a birthday party for him. 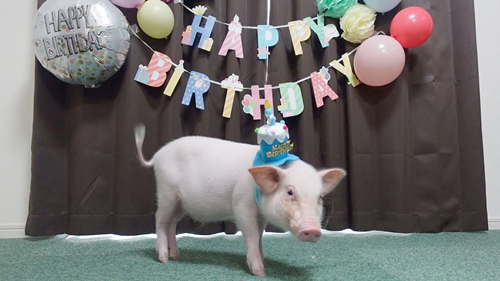 It is said to be food, but the pig's life that viewers see is not from a farm, but really like raising a pet pig. 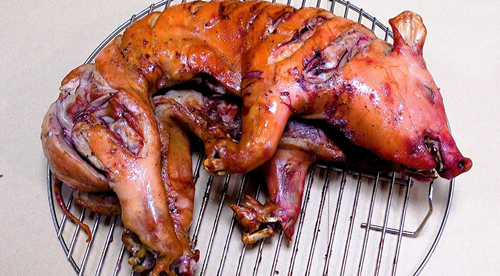 This picture made a lot of people jump the gun.

It's ok to play terriers, but many people can't look at the ending after raising pigs for 100 days.

For the day, the host kept the promise of the channel's name and turned the pig into dinner. Only a portrait and a joss stick remained in the pig's cage.

The viewers who come to the anchor channel every day have long regarded this little guy as a cloud pet. For a while, netizens who could not accept the reality of the incident argued for a week under the video, generating more than 40,000 comments.

The 100th day of the series finale has been viewed more than 3.2 million times and received almost as many likes as likes.

Countries with their own views, crazy output. Some netizens who expected the ending to turn around and didn't get their wish were heartbroken by piglet's fate:

Some accused the anchor of being inhuman and heartless:

There is discussion about whether the pig is a pet or not, and whether the author ate his pet for 3 months:

There are people who defend the anchor.

Netizens in all countries for this pig keyboard output hard, but things really ushered in the reverse.

On September 10, nine days after the pig was eaten, the host suddenly updated the video, saying: "Stop making so much noise! Piggy lives! 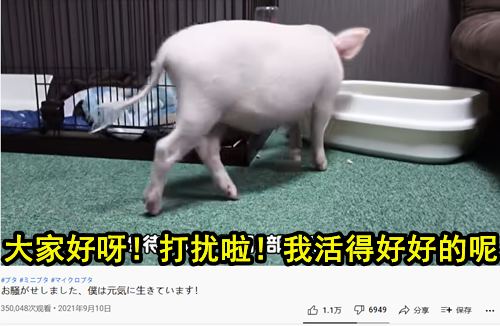 At this point, the controversial 100-day feeding and eating of a pig has not been put to rest, but has been pushed to a new stage of controversy.

Netizens were caught off guard by the reversal, with many saying they were glad the pig was still alive.

Immediately, back to the taste of the netizen figured out something wrong. Some people think that the pig should not be the original pig, and others think that it is the stock of the pig.

Some netizens found that the author had already mentioned that the story was pure fiction. It's just that this statement was very deliberately hidden in his video on day 100.

The other thing that annoyed Internet users most was the emotional deception of the resurrection scenario.

They discovered that they were just one of many unbeknownst to the group, who spent three months working with the pig's owner to complete a script he had already written.

The feeling of being cheated made them look back at themselves after a week of fighting for pigs, as if they were being laughed at across the screen by an anchor.

And this channel also because of the pig's life and death cycle, really attracted 120,000 fans, obtained a high traffic and attention, and even made a successful case of the recent flow of wealth password, was analyzed by various Internet industry bloggers.

But if you've been surfing the Web for a long time, you'll probably find that cheating like this isn't uncommon.

It has long been believed that seeing is believing. But in the age of the Internet, the information that viewers receive across a screen can be manipulated. Many people take advantage of the public's psychology to artificially manipulate the reality that the audience's eyes can see.

When people focus on life on camera, they ignore the world off camera. For example, some big eaters don't really eat very much, but act like they do. 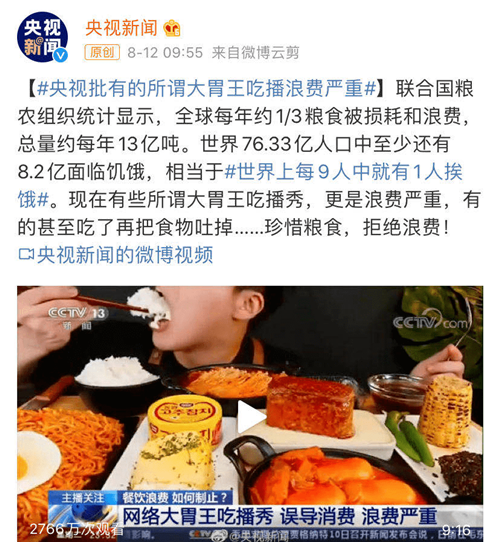 A big show called off by CCTV

Just like the pig in the first 100 days, the audience seems to take the initiative to participate in the whole process of cloud pig raising, but in fact, all the information harvested by them is only a short, post-edited few minutes. Everyone is in accordance with the script written by the anchor finished the whole journey.

That's why many netizens were upset when the pig came back from the dead. — I feel like my emotions are being manipulated.

Surfing is simple these days, but the routines are still complicated. And this pig also gave many people a lesson, some people are to find the flow password, some people learned to distinguish information content rational thinking.

After all, life is too tiring to be a pawn in the Internet.

In addition, whether the pig was eaten or not, a thousand hearts have a thousand answers, can only hope that no other small animals put on this script, to the same stage. 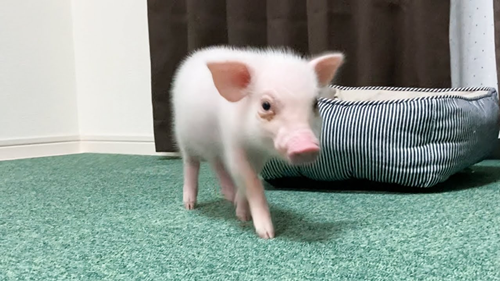 It's the first day piggy has been in this house

Related news
The linely group's best mobile processor of the year: God u Kirin 810 wins the title
"Generation God U" Kirin 810 gets The Linely Group's annual "Best Cell Phone Processor Chip"
I URGENTLY NEED MY EX BACK WITH THE HELP OF A SPELL CASTER
HOW TO GET BACK YOUR EX IN LESS THAN 24HRS
HOW DOCTOR TONY FIXED MY BROKEN MARRIAGE AND BRING BACK MY E
HOW I GOT MY EX BACK WITH THE SPELL OF DR EROMOSE THE GREAT
I NEED MY EX BACK WITH THE HELP OF A SPELL CASTER 2021
I NEED MY EX BACK WITH THE HELP OF A REAL SPELL CASTER 2021
Hot news this week
13-year-old Chinese hacker capture a big Bune APP 3.5 billion users were sentenced: official response
Huawei applies for "Daxie" trademark, which has been applied for trademarks such as Cangli, Pangu, Luban, Hongyi
20 new e-commerce platform enterprises released the "China's new e-commerce industry healthy development initiative"
Buy chips on the black market at 800 times the price? Ideal Car denied that it had previously been exposed to a shortage of radar chips
Market Supervision Bureau: Improve the standardization of e-commerce main body
Director of the State Post Office: China will achieve the establishment of village express direct investment within three years
Is the card slow after upgrading Win11? Win11 has performance issues: Teach you to fix them
More than 550 suspects have been arrested after police cracked down on a gang known as "Ditui", which maliciously registered and sold online accounts
Huawen: Increase IPv6 + Technology Innovation Helps my country's continued leading the next generation of Internet innovation
Net-a-world Liu Chuanzhi annual pension of 100 million yuan, Lenovo Holdings dispelled rumors: serious misrepresusion
The most popular news this week
The epidemic is still serious: the United States announced that this is the condition.
Cool! Red Devil 6S Pro launched aerospace commemorative set: science and technology pull full
What did the three astronauts bring on their space trips? First official reveal
Is Amazon's penalty of 746 million euros for China by the EU to collect user data?
Wang Xiaochuan unloaded Sogou CEO Tencent PCG established "information platform and service line"
Apple warns of upcoming tax and price changes for App and in-app purchases
Volkswagen platform! Skoda
Apple Knife is real! The charger worth 1000 yuan was cut in half
China first! One year, two to send astronauts to the space station will be accepted.
Amazon has launched a formal appeal against a heavy fine for alleged breaches of European Union data protection rules