Besides iPhone 13, the new iPad Mini is also on the stage. The A15 processor is awesome, so what about memory?

The most obvious improvement of the sixth generation ipad Mini is its appearance. It introduces the design language of iPad air 4 as a whole, adopts a comprehensive screen scheme for the first time, and is equipped with an 8.3-inch liquid retina display on the front with a resolution of 2266x1488326 PPI, and supports the original color display and the second generation of Apple pencil.

Because it is equipped with a comprehensive screen with ultra narrow frame, the physical home key on the front is also cancelled for the first time and changed to the side fingerprint of touch ID power key in one.

The sixth generation ipad Mini this time offers four color options of dark space gray, pink, purple and starlight, and the storage capacity is available in 64GB and 256gb. The price of WLAN version is 3799 yuan and that of cellular version is 4999 yuan. It will be ordered at 9 a.m. on September 16 and sold on September 24. 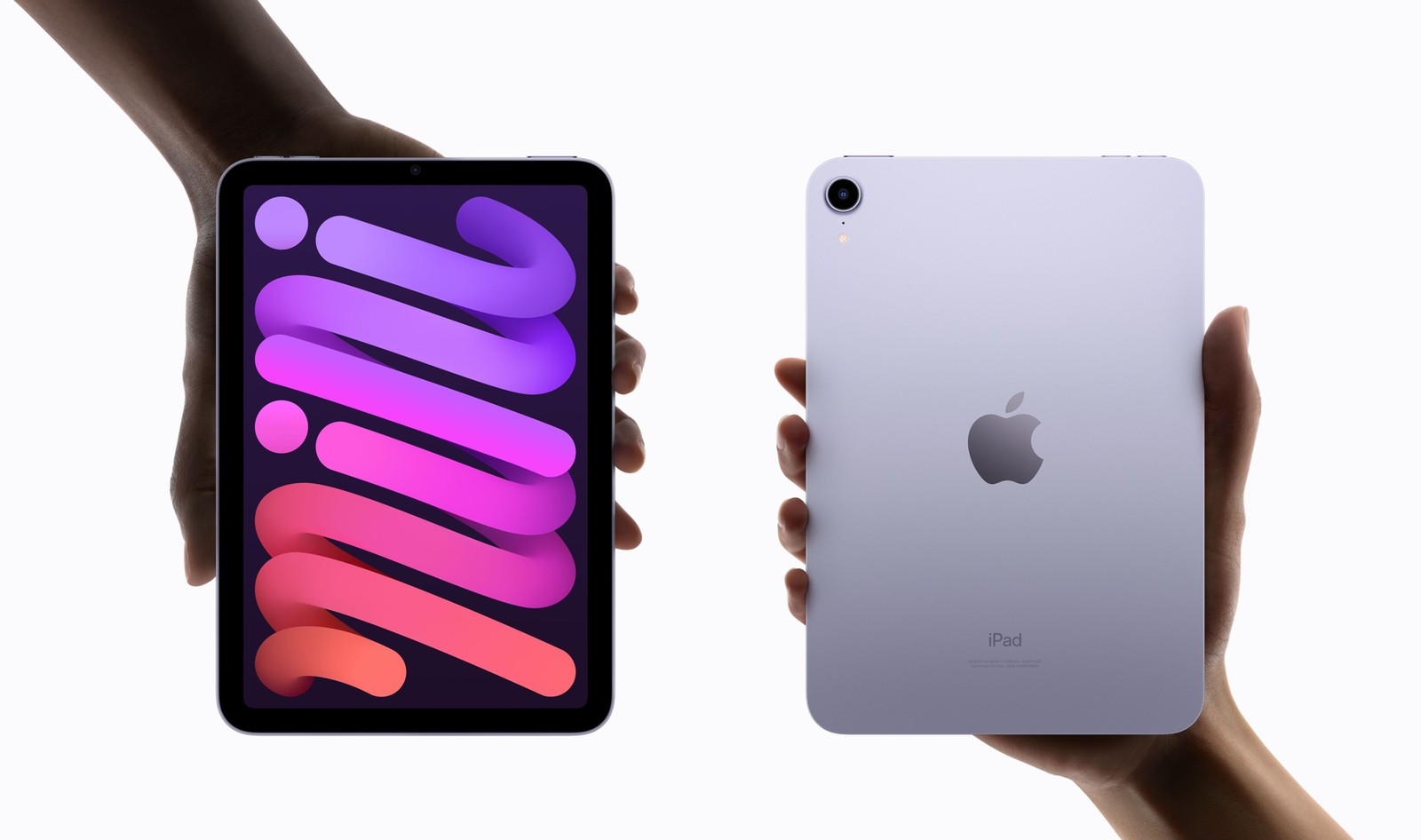 Related news
Ipad Mini 6 exposure: A15 processor blessing
All changed! Release of the sixth generation ipad Mini: the smallest 8.3-inch A15 processor in history
Performance exploration of Apple A15 processor: CPU standing still compared with A14 and GPU increased by 38%
A15 blessing! Here comes the memory information of ipad Mini 6: 1GB more than iPad 9
IPhone 13 CPU out of the oven! The maximum memory of the whole system is 6GB ram, and A15 multi-core is increased by 15%
EARLY FENG: The iPad mini 6 features a down-frequency version of the A15 chip/Cook named the 100 Most Influential People of 2021
Leading Android flagship two generations? Apple A15 chip base running score
Apple A15 performance detailed testing: an indicator comparable to AMD Rayon 9! Android has no taillights
Apple's 2022 iPad Air comes with A15 5G support
Four iPhone 14 configurations are revealed: The Pro series is exclusive to the A16, and the rest of the iPhone still uses the A15
Hot news this week
Monkey acne cases have ranked first in the world that the United States has announced the emergency state of public health
Credit card points rule intensive adjustment online transaction points more "valuable"
High reserves and low cost experts: calcium ion batteries replace lithium batteries to stand up to the daily
Alibaba executives interpret financial results: the focus of the consumer side is no longer to attract new, but to do a good job in stratified operation
Losses in a single quarter of $ 23.4 billion a record, SoftBank did not carry the plunge of technology stocks and the devaluation of the yen
The prevention and control of the American Monkey epidemic has failed. What should I pay attention to?
Sources say Samsung's Galaxy Z Fold4 is going up in price: a 512GB top unit will cost more than 13,000
Is the micro -business headache? WeChat friends are suspected to have a big move: 7 can only be posted a week
Kuaishou launched a self-developed cloud intelligent video processing chip: The chip has been streamed successfully
The new product of Xiaomi MIX is coming: both internal and external dual -screen has been upgraded to make up for the previous generation.
The most popular news this week
Girls are the worst offenders: Put down your phone
Byte medical layout to take another step forward Internet enterprises to break offline needs long-term investment
Sony confirmed "Mysterious Sea: Thieves Legendary Collection" for sale during the year
Lenovo announced the rescue of the head show VR700: true 4K, support iQiyi network resources
20TB free! Ali Cloud disk full compensation 15 days super members
Than apple conscience! Moto's new flagship comes standard with 125W charger: half charge in 7 minutes
Wechat update 8.0.27 beta version: small program opening faster
Zte launches 5G smart helmet: Support voice control, gas detection and other functions
Meizu application Flyme Auto trademark: flyme is really going to get on the car
Do you get enough sleep every day? Girls get the worst of it: Put down your phone