Chinese saved an important species from extinction! It used to be only seven, but now there are 7,000

Zhu Qi was widely distributed in East Asia, due to environmental degradation and other factors led to a sharp decline in population, and then has been declared extermination by many countries around the world, but China has not given up hope.

Liu Yinzen of the Institute of Zoology of the Chinese Academy of Sciences in Yaojiagou, Yang county, Shaanxi Province, in 1981.The world's only remaining 7 wild jujus have been discovered.

Subsequently, Yangxian on the Zhuyu activity area to seal the mountain forest, expand the area of natural wetlands and winter water fields and other measures,Since then, China has embarked on a long process of protecting Zhu Qi, a critically endangered species.

After 40 years of unremitting efforts, Zhu Qi population in Yangxian development and growth. At present, the world's population of ZhuYu has more than 7000.

It is reported that Zhu Qi inhabits the forested area at an altitude of 1200-1400 meters, wading in nearby streams, marshes and rice fields, strolling for forage for aquatic animals such as fish, crabs, frogs, snails, and eating insects In winter, small groups roam the low mountains and plains in small areas; 4-5 to start nesting, breeding a nest every year, each nest spawning 2-4 pieces, hatched and brooded by both parents, hatching period of about 30 days, 40 days away from the nest, sexual maturity of 3 years old, The longest life expectancy record is 37 years. 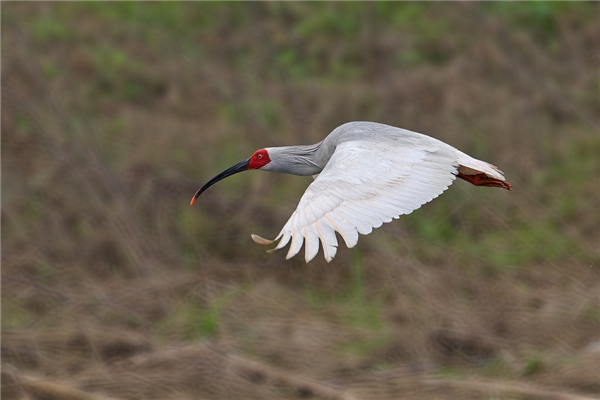 Related news
Chinese IT programmer living in Tokyo
7-Eleven mobile phone payment was stolen for 55 million days, how amazing is the Japanese IT industry?
IDC: China's medical cloud IT total expenditure reached 5.05 billion yuan in 2018
The English name of Chinese liquor has been changed: Chinese Baijiu has been officially launched
Hot news this week
"Used car salesgirl" appeared on the webcast platform: netizens were angry because of their exposed clothes
Ping An Bank's net profit rose 32.5% in the third quarter, Xie Zhiyu crazy reduction, Zhang Kun is a big buy
Xiaomi intelligent clean ecological chain enterprises to pursue technology to complete 3.6 billion yuan C round financing
Microsoft CEO NADELLA is most concerned about three things: ubiquitous computing, AI big model and virtual online
Alibaba Cloud released a new operating system "Dragon Lizu" secret research and development 10 years anger 20 billion
Jia Yueting is paying back the money again! Faraday's future former employees in China receive a pay rise
Internet users ridicule this year's "Double 11" : Taobao "collapse", promotional text messages bombarded, still do not understand the rules
Huawei SEMICONDUCTOR Manufacturing International received export licenses worth hundreds of billions of dollars from the United States
Documents show that Huawei SMIC received export licenses worth hundreds of billions of dollars even after being blocked by the United States
The storage chip faucet is 119 times the first three seasons, the chairman reporter is born, "cattle scattered" did not lose the position.
The most popular news this week
Ali Tencent and other Internet employees by pit miserably! The principal landlord plans to run away with the money in 3 years
Do you agree? Expert: Long vacations should be suspended during epidemics
The biggest electric car order ever! Hertz rental car on-line Tesla Model3: Expensive
Samsung Tab S8 Ultra exposure: Tablet also has Liu Haiping
AMD will launch its new HPC on November 8, a day before Nvidia
Netizens get a 145 yuan Apple new polished cloth Photo: Compatible with all Apple product boxes
Apple "Apple Watch Pro" brand name LOGO exposure
NASA experiment: Astronauts grow organs on the International Space Station for the benefit of humanity
Ten times faster than a supercomputer! Important progress has been made in the study of quantum computing in China
Tesla, with a market capitalisation of trillions of dollars, will catch up with Amazon, and Musk's fortunes are up four hours a day