Core Since September 17, according to foreign media Macrumors, the first GeekBench score of Apple iPhone 13 has exposed, reference test indicates that the GPU performance of iPhone 13 Pro has a significant increase in the previous generation of iPhone 12 Pro. 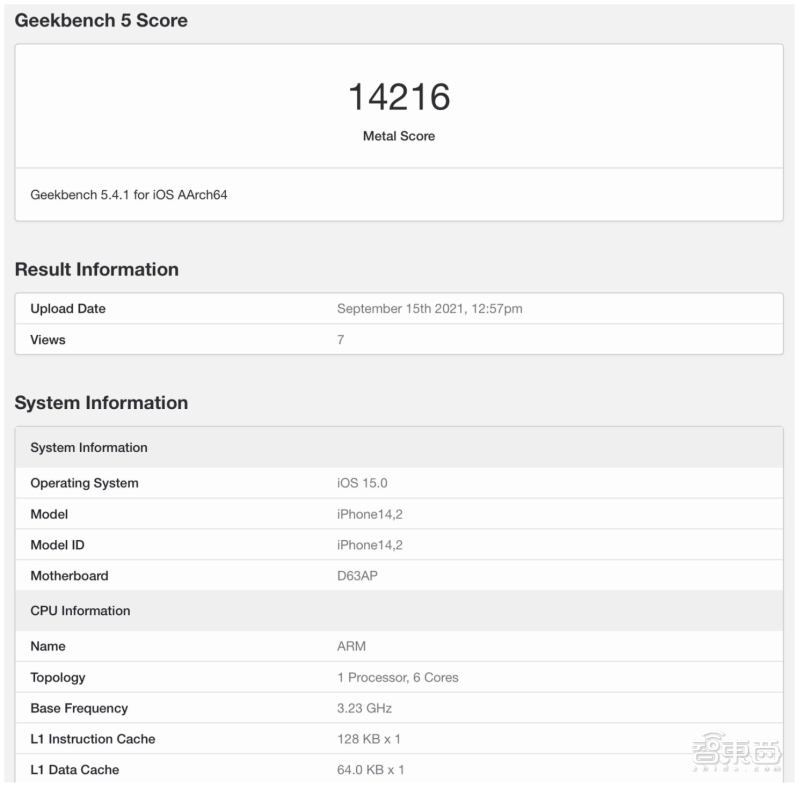 Apple emphasized that the A15 chip mounted in the 13 Pro model is "the fastest smartphone chip in the world, 50% of the graphics processing speed than other smartphone chips".

Currently, the A15 chip performance in the 13 PRO model is indeed better than A14.

In terms of CPU, the iPhone 13 series A15 chip has six CPU kernels, including 2 performance kernels and 4 efficiency kernels. In the press conference, Apple mentioned A15's CPU performance than competitors "fast 50%". 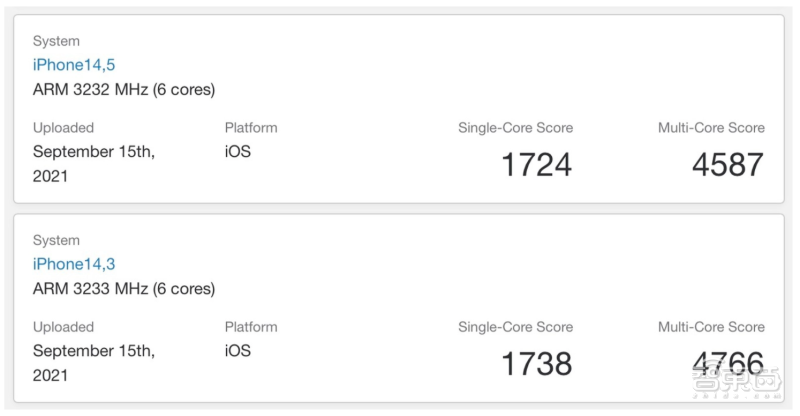 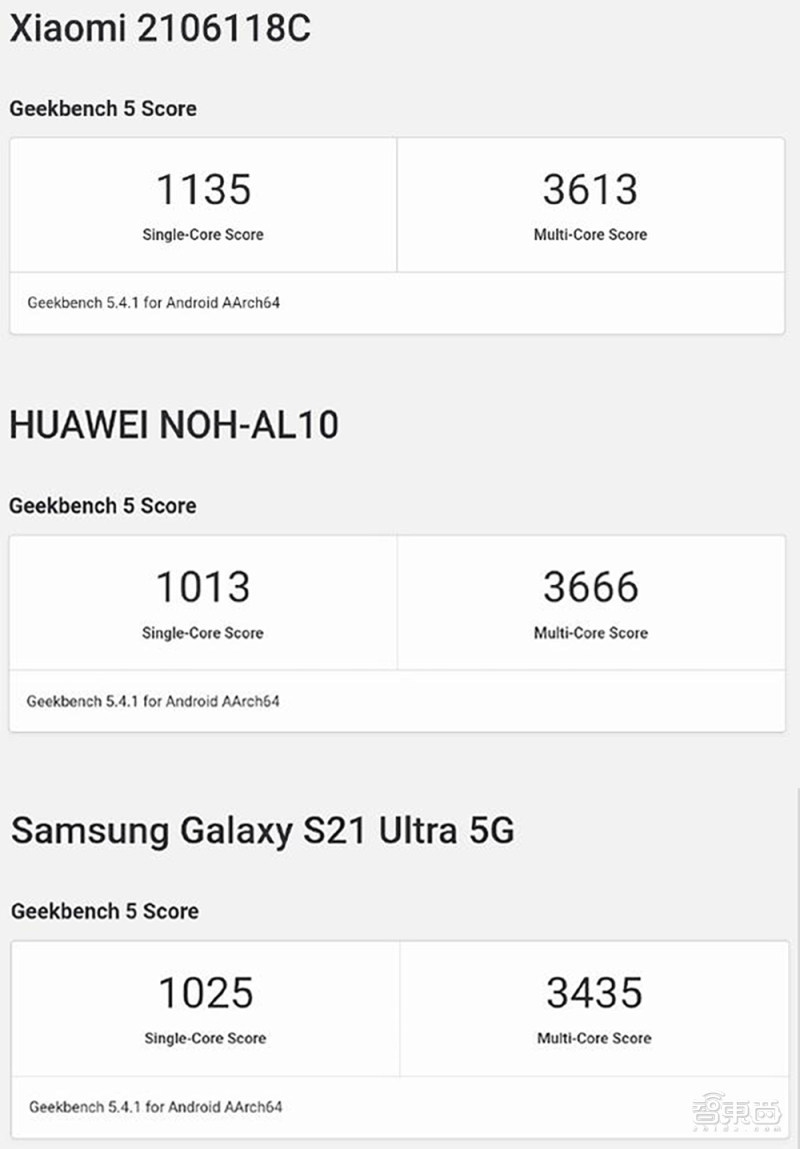 The reference test also confirmed that the memory of iPhone 13, 13 Pro, 13 Pro Max did not change compared to the previous generation, respectively, 4GB, 6GB, 6GB, respectively.

On the other hand, IPAD MINI has the same 5-core GPU A15 chip as iPhone 13 Pro, so we can expect Apple's follow-up related products or the same performance.

However, so far, there are only a small amount of test results in the GeekBench database, and these scores are also roughly estimated. But as the iPhone 13 series is officially released, we will also get a more complete reference value of the A15 chip, and the average score will be stabilized.

Related news
Apple will use TSMC's 5nm technology to make A15 chips
The latest news of iPhone 13: the first A15 processor and Apple's reduced bangs
Early run data exposure of Apple A15 chip: almost no improvement in multi-core performance
Apple first squeeze toothpaste! A15 chip run exposure: only one digit increase
According to the news, TSMC has begun to produce A15 processor for iPhone 13: more than last year
Apple A15 processor run point exposure: GPU performance is 44% higher than A14
Leading Android flagship two generations? Apple A15 chip base running score
Apple's 2022 iPad Air comes with A15 5G support
A15 is still silent! iPhone 13, Samsung S22 performance comparison: miserable
5G+A15 processor Messages say Apple started iPhone SE3 production
Hot news this week
Monkey acne cases have ranked first in the world that the United States has announced the emergency state of public health
Credit card points rule intensive adjustment online transaction points more "valuable"
High reserves and low cost experts: calcium ion batteries replace lithium batteries to stand up to the daily
Alibaba executives interpret financial results: the focus of the consumer side is no longer to attract new, but to do a good job in stratified operation
Losses in a single quarter of $ 23.4 billion a record, SoftBank did not carry the plunge of technology stocks and the devaluation of the yen
The prevention and control of the American Monkey epidemic has failed. What should I pay attention to?
Sources say Samsung's Galaxy Z Fold4 is going up in price: a 512GB top unit will cost more than 13,000
Is the micro -business headache? WeChat friends are suspected to have a big move: 7 can only be posted a week
Kuaishou launched a self-developed cloud intelligent video processing chip: The chip has been streamed successfully
The new product of Xiaomi MIX is coming: both internal and external dual -screen has been upgraded to make up for the previous generation.
The most popular news this week
Girls are the worst offenders: Put down your phone
Byte medical layout to take another step forward Internet enterprises to break offline needs long-term investment
Sony confirmed "Mysterious Sea: Thieves Legendary Collection" for sale during the year
Lenovo announced the rescue of the head show VR700: true 4K, support iQiyi network resources
20TB free! Ali Cloud disk full compensation 15 days super members
Than apple conscience! Moto's new flagship comes standard with 125W charger: half charge in 7 minutes
Wechat update 8.0.27 beta version: small program opening faster
Zte launches 5G smart helmet: Support voice control, gas detection and other functions
Meizu application Flyme Auto trademark: flyme is really going to get on the car
Do you get enough sleep every day? Girls get the worst of it: Put down your phone