The 110,000 yuan worth of gold mailed through EMS turned out to be "flying without wings", an incident that has attracted widespread attention in recent days. On the evening of September 19th, it was reported that the head of The China Post Office said that the missing gold had been found and that the loss of the package had been confirmed by internal theft. 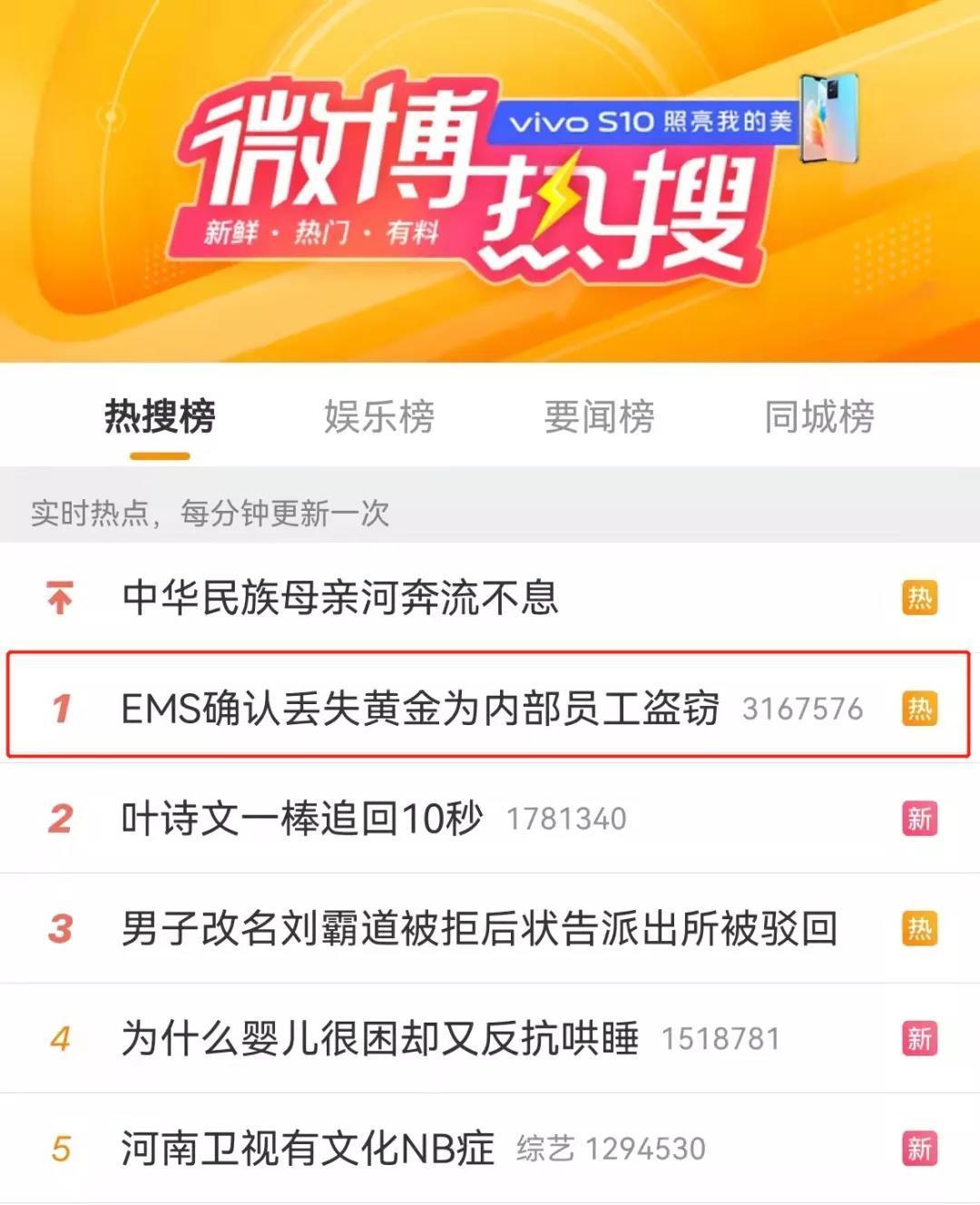 The news quickly reached the top of the hot search on the evening of the 19th. 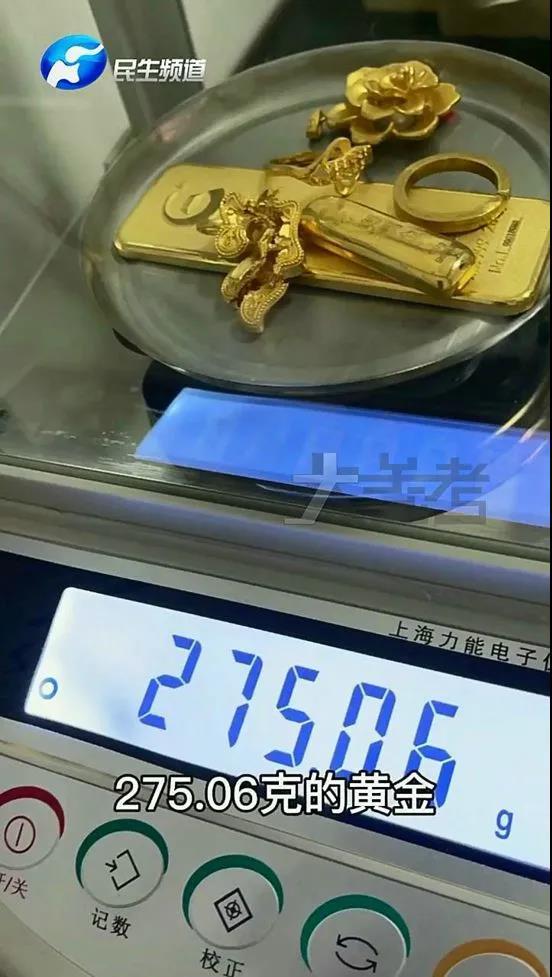 However, on August 30th the gold disappeared after the courier arrived at Shangqiu Transit Station. 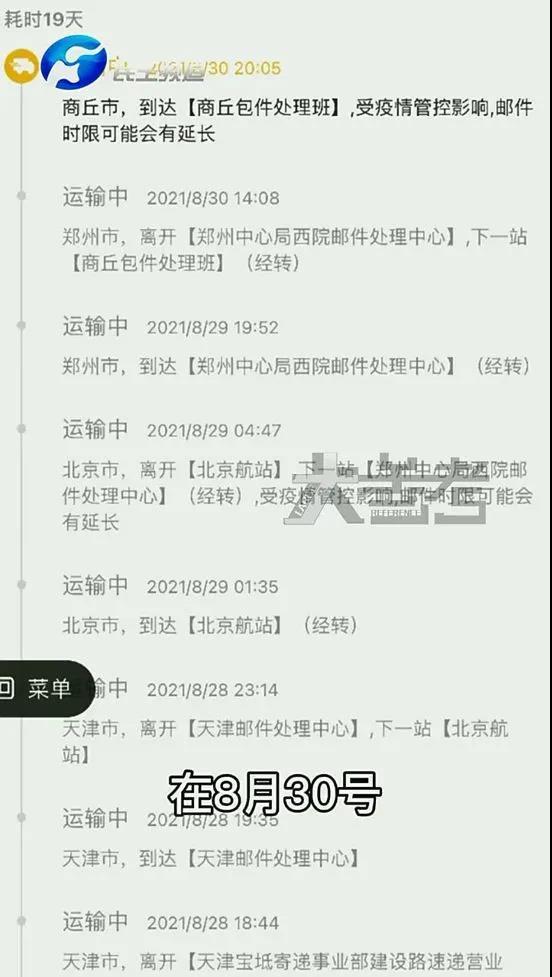 According to photos provided by Ms Cheng, she was weighed, a small gold bar and some gold jewellery weighing a total of 275.06 grams, as she delivered the package.

In the case of the discovery of the package anomaly, China Post gave a reply is in accordance with the guaranteed price of 20,000 compensation. But more bizarrely, after a few days of suspension of the logistics information update, it was revealed that the goods had been received, and Ms Cheng said that they had not received the goods so far.

02 Part of the gold was recovered,One gold bar was dropped

After the matter was exposed in the media, it received the attention of all sectors of society.

Finally on the evening of September 19th there was a new development, according to Henan Radio and Television Minsheng Channel reported that "gold has been found back part", the package lost because of internal theft caused by the current loss is 275 grams of gold, has been recovered more than 250 grams, the rest will be compensated, the relevant personnel have been in accordance with the company's provisions to investigate and deal with. 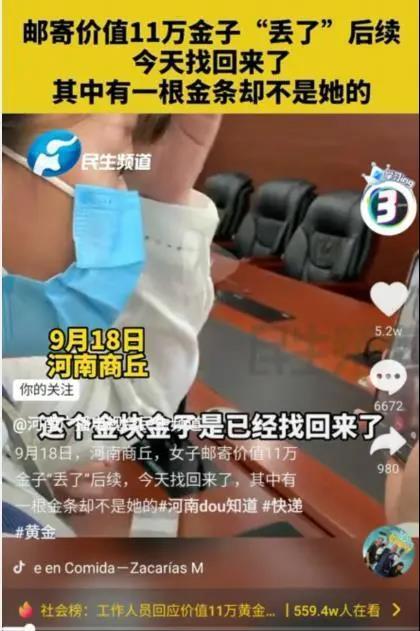 After the process the lady identified, one of the gold bars is not hers. 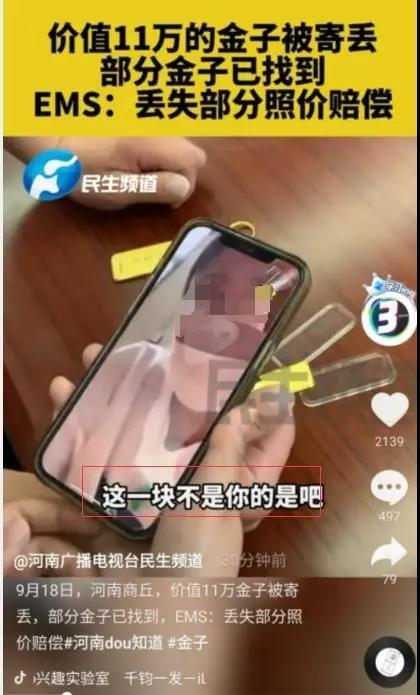 The package was lost due to internal theft, the current loss is 275 grams of gold, has recovered more than 250 grams, the rest will be paid for, the relevant personnel have been in accordance with the company's regulations to investigate and deal with.

03 The employee involved may be sentenced to ten years' imprisonment

Since it is employee theft, the police should intervene, the value of gold 110,000, according to article 253 of the Criminal Law, postal workers who open or hide, destroy mail, telegraph, shall be sentenced to fixed-term imprisonment of not more than two years or criminal detention. Whoever steals property for the crime mentioned in the preceding paragraph shall be convicted and severely punished in accordance with the provisions of Article 264 of this Law.

Article 264 of the Criminal Law of the People's Republic of China stipulates that anyone who steals public or private property in a large amount, or who has repeatedly stolen, entered a home, carried a murder weapon, or pickpocketed, shall be sentenced to fixed-term imprisonment of not more than three years, criminal detention or control, and shall be punished with a single fine;

The amount involved is as high as 110,000, which means that the theft of property of a large amount of type, will be punished by three years to ten years of imprisonment, and a fine.

At 1.4 billion people, that means one service outlet for every 4,500 people. Such density is second to none in the world.

Many people in the mailing of valuables will choose China Post, the above-mentioned lost gold Ms Cheng is also because of trust in China Post brand and choose to mail gold through EMS many times.

Since this year, China Post has repeatedly on the hot search, following the establishment of milk tea shop, and in June said that the delivery of a full speed up, once again rushed on the hot search.

After speeding up, the country's major cities can enjoy the next day mail up to even the next morning to the extreme speed experience, more than 60% express delivery to achieve the next morning;

Previously has been criticized for the slow postal problem has been resolved, the quality of service has been greatly improved, so that many netizens praise.

After the loss of gold broke out, netizens have said that the postal service still need to strengthen internal control, can not let a mouse, broken a pot of porridge.

Some netizens said that an employee's behavior, can not be the whole ems are denied, the outbreak of the New Year when a lot of express delivery or stop operation, ems all over the corner, new year does not leave, or to bring convenience to everyone. Internal theft should indeed be strengthened management, severe punishment of the employee, strictly prevent similar situations next time.

There are netizens said that the user chose EMS delivery of expensive parcels, but also out of trust in the postal service, this time also shows that EMS internal management is still relatively in place, where the package lost can also be successfully traced and located, and most of the gold successfully recovered.