Lithium-ion batteries were developed by Japan, whose companies used to dominate the global battery market by virtue of technological superiority. But with the rise of Chinese and South Korean companies, Japan's advantage in this field has been wiped out, and its market has been carved up by Korean and Then Chinese companies. 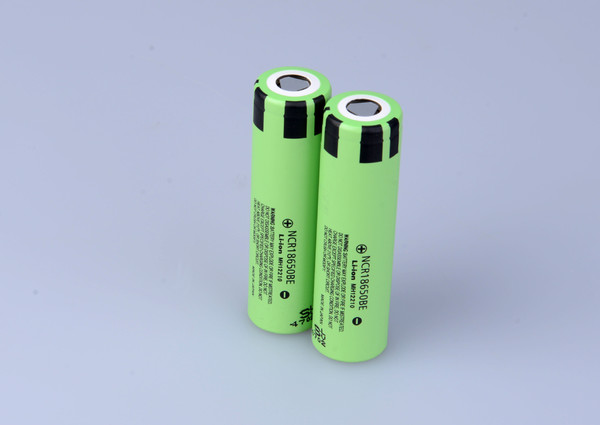 In order to regain the global market share lost to Chinese and Korean companies, Japan wants to develop new batteries.

Recently, According to Nikkei Chinese reported, Kyoto University professor Takeshi Abe, who is leading Japan's new battery development project, said that in order to regain world market share, Japan has to develop new batteries. To this end, Japan needs to promote cooperation between companies and universities by sending researchers to universities.

Abe also said that Japan has learned from the rapid imitation of lithium-ion batteries, so the project does not disclose important lessons to the outside world, and the publication of the paper is limited to those parts that are not afraid of imitation.

But things are not so simple, in addition to Japan, Europe and the United States and China and South Korea are also actively promoting battery research. At least Japan is ahead in innovative battery research such as fluoride batteries, Abe said. Even if Japanese companies lose out on price, Japanese batteries rely on safety and reliability to gain market share, he says.

Related news
Foreign media: China dominates the lithium-ion battery market, accounting for 73% of global production capacity
Why is it so difficult to make progress in cell phone battery technology?
Disassembly report: iPhone 11 Pro smart battery case smart battery case (a2184)
Are you looking for real spell caster to bring back your ex
Japanese expert: Lithium-ion batteries are rapidly imitated this time to develop new batteries to keep secret
Hot news this week
"Used car salesgirl" appeared on the webcast platform: netizens were angry because of their exposed clothes
Ping An Bank's net profit rose 32.5% in the third quarter, Xie Zhiyu crazy reduction, Zhang Kun is a big buy
Xiaomi intelligent clean ecological chain enterprises to pursue technology to complete 3.6 billion yuan C round financing
Microsoft CEO NADELLA is most concerned about three things: ubiquitous computing, AI big model and virtual online
Alibaba Cloud released a new operating system "Dragon Lizu" secret research and development 10 years anger 20 billion
Jia Yueting is paying back the money again! Faraday's future former employees in China receive a pay rise
Internet users ridicule this year's "Double 11" : Taobao "collapse", promotional text messages bombarded, still do not understand the rules
Huawei SEMICONDUCTOR Manufacturing International received export licenses worth hundreds of billions of dollars from the United States
Documents show that Huawei SMIC received export licenses worth hundreds of billions of dollars even after being blocked by the United States
The storage chip faucet is 119 times the first three seasons, the chairman reporter is born, "cattle scattered" did not lose the position.
The most popular news this week
Ali Tencent and other Internet employees by pit miserably! The principal landlord plans to run away with the money in 3 years
Do you agree? Expert: Long vacations should be suspended during epidemics
The biggest electric car order ever! Hertz rental car on-line Tesla Model3: Expensive
Samsung Tab S8 Ultra exposure: Tablet also has Liu Haiping
AMD will launch its new HPC on November 8, a day before Nvidia
Netizens get a 145 yuan Apple new polished cloth Photo: Compatible with all Apple product boxes
Apple "Apple Watch Pro" brand name LOGO exposure
NASA experiment: Astronauts grow organs on the International Space Station for the benefit of humanity
Ten times faster than a supercomputer! Important progress has been made in the study of quantum computing in China
Tesla, with a market capitalisation of trillions of dollars, will catch up with Amazon, and Musk's fortunes are up four hours a day