Foreign media: The next technological revolution? Tech giants race to mine 'metasverse'

Reference news network reported on September 20Imagine a parallel world where a digital "me" could meet friends, attend concerts or attend work meetings as a doppelgant. Everything is done in an immersive way to make people's interactions in this parallel world as similar as possible to those in real life. The idea has a name: the "metasverse." The term was coined by Neil Middot, a famous American science fiction writer. Created by Stephen Stephenson in his 1992 sci-fi novel "Avalanche", it has now been released via tech guru Mark & Middot; Zuckerberg's claim has come true. As he announced to us media, he sees the Metasomes as the next generation of the Internet, and facebook plans to transform itself into a metasomes company within five years. From an economic perspective, the potential is hard to ignore. The metasurverse market is expected to reach $800 billion by 2024 and could reach $2.5 trillion by 2030, according to research by Bloomberg.

The metaverse concept is a digital "doppelgat" that creates a physical environment in cyberspace, the report said. Extended reality experts Laura & Middot; "It will not be about playing games and earning points, but a digital reality in which we will recreate many of the social dynamics of everyday life," Raya said. Another feature is immersion, with glasses like the famous oklus-Lifter virtual reality glasses worn.

Once inside the meta-universe, its inhabitants will be able to buy and sell items, property, etc. "If you couldn't implement almost everything you do in the real world, it would just be a normal digital app, but the metasverse isn't like that. The existence of virtual currency in the 'meta-universe' is a must." Raya stressed. In other words, the world of the "meta-universe" will generate economic activity. Ivan & Middot, strategy advisor and founder of Gamelab; Fernandez & Middot; "One of the pillars of the metasomes is that all of our current assets are digitized and become part of that world, just as everything that is done or essentially happens in the metasomes can be traded in some way and generate some value," Lobo said. Blockchain technology points in that direction and provides clues as to how these questions might evolve."

Like the Internet, the meta-universe will be a collaborative ecosystem of different companies with open standards similar to the World Wide Web, in which users can move freely from platform to platform while maintaining their digital assets. Mr Zuckerberg seems to be an admirer of this model. "The vision of a meta-universe is not built by any particular company," he says. "It has to be interoperable and portable." But his ideas have met with some skepticism. Cesar & Middot, Professor of Computer Science, Multimedia and Telecommunications, Open University of Catalonia; "This seems to me to be the best way for the metasomes to move forward, but coming from someone whose business model is the exact opposite of that creates considerable distrust," Says Mr Corkless.

While Facebook is in the best position to pioneer the virtual space of the future, competition will be fierce, the report said. "Tech giants like Facebook, Microsoft, Apple, Google or Amazon have invested significant resources to conceptualize the 'metasverse' and create the necessary infrastructure to technically support the 'metasverse' dream. They do this by relying on the knowledge, talent, and skills they have accumulated in the field of video games, which have served and are serving as their ideal 'sandbox' to create and validate their ideas. In this field, companies like Yingpei Games, Meidi Software Technologies or Lobos Games are very important and well-positioned players." Lobo said. So far, the main approach to the "metasverse" has been video games.

Of course, society would be more accepting of the "meta-universe" after experiencing a pandemic, the report notes. "Flow has helped us better understand the value of technology in our world. Telepresence will be the main lure the metasverse will use to get us to accept it." Lobo said. Experts believe that in the five years Zuckerberg mentioned, the use of the "metasomes" will be limited to technology science, work and leisure. Silicon Valley's titans are gearing up their checkbooks to be among the first to conquer the metasverse. It remains to be seen whether this will be the next technological revolution or just a virtual space doomed to oblivion like second Life. 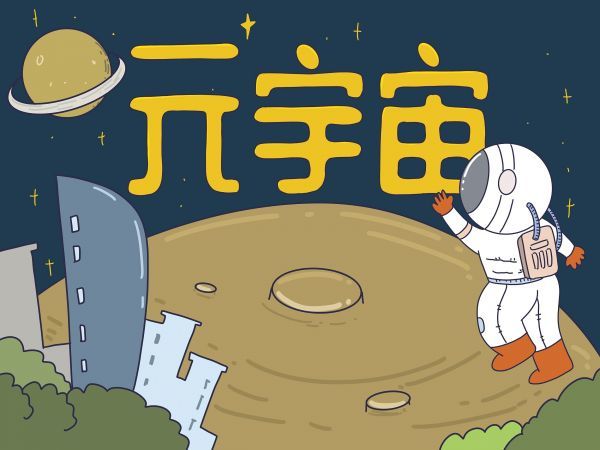 Related news
Samsung releases the new exynos product preview or officially announces it on tomorrow's Tech Day
The first mobile phone with its back shell developing in history! Nut mobile phone revolution 2 time special edition
Foreign media: The next technological revolution? Tech giants race to mine 'metasverse'
Hot news this week
"Used car salesgirl" appeared on the webcast platform: netizens were angry because of their exposed clothes
Ping An Bank's net profit rose 32.5% in the third quarter, Xie Zhiyu crazy reduction, Zhang Kun is a big buy
Xiaomi intelligent clean ecological chain enterprises to pursue technology to complete 3.6 billion yuan C round financing
Microsoft CEO NADELLA is most concerned about three things: ubiquitous computing, AI big model and virtual online
Alibaba Cloud released a new operating system "Dragon Lizu" secret research and development 10 years anger 20 billion
Jia Yueting is paying back the money again! Faraday's future former employees in China receive a pay rise
Internet users ridicule this year's "Double 11" : Taobao "collapse", promotional text messages bombarded, still do not understand the rules
Huawei SEMICONDUCTOR Manufacturing International received export licenses worth hundreds of billions of dollars from the United States
Documents show that Huawei SMIC received export licenses worth hundreds of billions of dollars even after being blocked by the United States
The storage chip faucet is 119 times the first three seasons, the chairman reporter is born, "cattle scattered" did not lose the position.
The most popular news this week
Ali Tencent and other Internet employees by pit miserably! The principal landlord plans to run away with the money in 3 years
Do you agree? Expert: Long vacations should be suspended during epidemics
The biggest electric car order ever! Hertz rental car on-line Tesla Model3: Expensive
Samsung Tab S8 Ultra exposure: Tablet also has Liu Haiping
AMD will launch its new HPC on November 8, a day before Nvidia
Netizens get a 145 yuan Apple new polished cloth Photo: Compatible with all Apple product boxes
Apple "Apple Watch Pro" brand name LOGO exposure
NASA experiment: Astronauts grow organs on the International Space Station for the benefit of humanity
Ten times faster than a supercomputer! Important progress has been made in the study of quantum computing in China
Tesla, with a market capitalisation of trillions of dollars, will catch up with Amazon, and Musk's fortunes are up four hours a day