Recently, it was reported thatThe National Transportation Safety Board (NTSB) is launching its second investigation into a fatal Tesla accident in six months after a Tesla Model 3 crashed into a tree and burst into flames on September 13, killing two passengers with severe burns.

The National Transportation Safety Board has sent investigators to the scene of the crash, and local police said it was unclear whether the vehicle had activated Tesla's autopilot assistance system.

The National Transportation Safety Board has warned that lithium-ion batteries used in Tesla Model 3 and other vehicles are highly flammable if damaged, difficult to extinguish once ignited and can reignite hours or days after being doused. 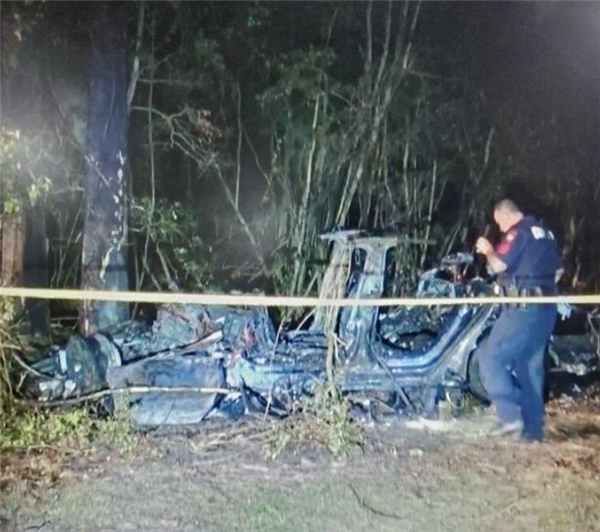 The accident happened at 11:25 p.m., when the Tesla, taking a curve at high speed, somehow veered off the road, crossed the grass and hit a tree, setting the vehicle on fire. Two passengers were killed, one in the front passenger seat and the other in the back seat, aged 59 and 69.

The reason is that the road condition recognition function of Tesla under autopilot may be defective, and there is a risk of collision with parked vehicles on the roadside.

Since 2018, NHTSA said, it has identified 11 crashes involving Tesla's Autopilot or traffic-aware cruise control (TACC) system when a first responder uses a flashlight, a flare, a lighted arrow sign or a cone-shaped hazard warning sign. Tesla eventually collided with another vehicle.

In addition, NHTSA said tesla's autopilot assistance system has been frequently misused by drivers, from driving under the influence to sitting in the back seat on the highway. 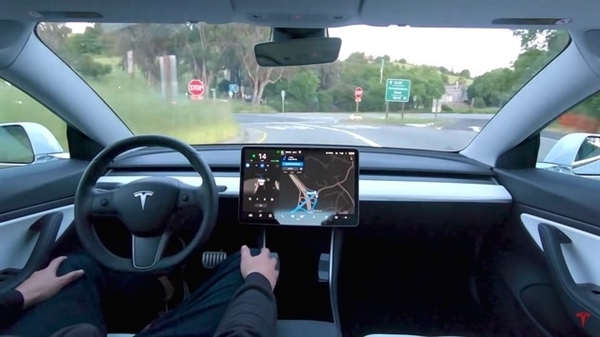 Related news
US traffic safety agency: investigation of Tesla Model s fatal accident
Tesla Model S collides with Honda Civic to kill 2: Whose fault is it?
Out of control investigation of imported model 3: Tesla denies brake failure
Model 3 will suddenly speed up automatically! Tesla has been sued by overseas car owners
Tesla Model y can start autopilot without driver! God's lies?
A Tesla Model 3 crashed into a tree and caught fire, killing two passengers. Official investigation
Hot news this week
Announced real-fired people to change the news for four days, the chairman of Tianzhong semen was resigned for personal reasons.
Bank of East Asia (BEA) was fined 16.74 million yuan ($16.74 million) by the Shanghai branch of the People's Bank of China for illegal information collection
After the comprehensive suspension of "nurturance class" network comprehensive and indulgent drama, the audience deserves better
The drill bit of nasa's Perseverance rover was stuck with rubble and could not take samples for the time being
Chinese scientists have discovered a strategy for treating COVID-19: using particles to bind to the virus
ByteDance invested in Sequencing Technology, which is an AI industrial SaaS software service provider
Why do you want to take a red wine before going to! Shake a shake & quot; wine glass? After reading the line
Former search president of Baidu xiang Hailong joins Transsion The company that sells mobile phones wants to do more Internet
2021 Global Patent List Released: Huawei ranked fourth in the top five in the world in the United States
It's hard to escape the monopoly sanctions American court dismissed Facebook against FTC counterattack
The most popular news this week
In 2021, public security organs cracked down on more than 6,000 illegal payment and settlement gangs in 134 problematic games
People's Daily: Promoting Express Packaging "Green Revolution"
Ali health online the first domestic helicobacter pylori self-testing product "you tube", 10 minutes out of the results
Xiaomi Youpin Youyu announced the termination of operations
JP GAMES and Alibaba Cloud reached a cooperation to develop a metaversic solution based on the cloud
The camera is lost to the mobile phone Japan Canon close Zhuhai factory: small part parts are still working
Baidu announced connectivity with more than a dozen companies, including Meituan and Xiaohongshu
Xiaomi's mobile communication brand upgrade to achieve online self-service business
Jing Jia micro: JM5400, JM7200, JM9 series graphic processing chip successfully achieved industrialization
People's Daily: Let online literature better express contemporary China