Most of the space-themed films we've watched before have been synthesized in water or through other special effects. However, in the future, with the efforts of the Russian hardcore film crew, it will become a reality to travel to space to shoot real-life space scenes.

Russia's National Aerospace Corporation announced on the 18th, plans to fly to the International Space Station to shoot the first space film crew has arrived at the Baikonur Cosco launch site.

The film, tentatively titled "Challenge," tells the story of a sick astronaut who is unable to return to Earth for treatment because of his condition, and a surgeon who is urgently sent to space to operate on the astronaut.

The film will show the real universe and orbiting space station for the first time. The director and star will fly to the International Space Station on October 5 aboard the Soyuz spacecraft with Russian cosmonaut Shkaplerov. 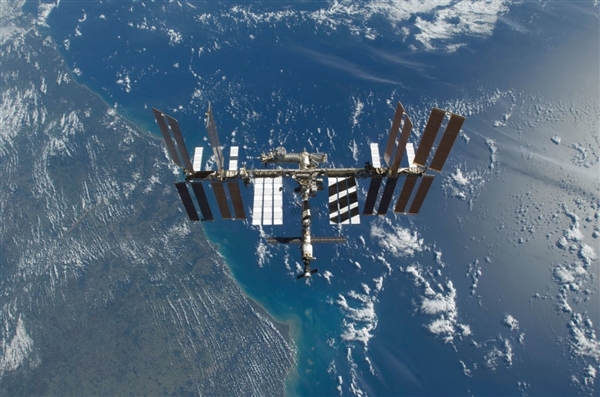 Related news
Why does "one more thing" Apple make its own chips?
In five years, can we really wait for China's space X?
Because her name is true, she was rejected by Apple icloud
Apple co-founder Steve Wozniak has announced the creation of a Space company called Privateer Space
Hot news this week
13-year-old Chinese hacker capture a big Bune APP 3.5 billion users were sentenced: official response
Huawei applies for "Daxie" trademark, which has been applied for trademarks such as Cangli, Pangu, Luban, Hongyi
20 new e-commerce platform enterprises released the "China's new e-commerce industry healthy development initiative"
Buy chips on the black market at 800 times the price? Ideal Car denied that it had previously been exposed to a shortage of radar chips
Market Supervision Bureau: Improve the standardization of e-commerce main body
Director of the State Post Office: China will achieve the establishment of village express direct investment within three years
Is the card slow after upgrading Win11? Win11 has performance issues: Teach you to fix them
More than 550 suspects have been arrested after police cracked down on a gang known as "Ditui", which maliciously registered and sold online accounts
Huawen: Increase IPv6 + Technology Innovation Helps my country's continued leading the next generation of Internet innovation
Net-a-world Liu Chuanzhi annual pension of 100 million yuan, Lenovo Holdings dispelled rumors: serious misrepresusion
The most popular news this week
Tencent announced that it will set up a "personal information protection external supervision committee"
Douyin has cracked down on violent online comments, punishing nearly 300,000 accounts since April
Tesla: 10 new supercharge stations and 66 supercharged piles on the line this week
The epidemic is still serious: the United States announced that this is the condition.
Cool! Red Devil 6S Pro launched aerospace commemorative set: science and technology pull full
What did the three astronauts bring on their space trips? First official reveal
Is Amazon's penalty of 746 million euros for China by the EU to collect user data?
Wang Xiaochuan unloaded Sogou CEO Tencent PCG established "information platform and service line"
Apple warns of upcoming tax and price changes for App and in-app purchases
Volkswagen platform! Skoda