According to foreign media reports, Musk recently tweeted that Tesla's latest version of the FSD (fully autonomous driving) users feedback is good, will further expand the scope of testing. However, the move has been met with a backlash from regulators.

In August, Musk reportedly tweeted,FSD Beta 9.2 is not really great, and the Autopilot/AI team is working together and improving as quickly as possible, and will conduct extensive neural network training tests in cities and high-speed roads.

Now, Tesla seems to have overcome that difficulty. Musk's latest tweet said,FSD Beta 10 has received good feedback from users and version 10.0.1 is now available. And the upgrade no longer limits testing, as long as good driving behavior for 7 days, you can apply for the latest version of the update.

However, the move was opposed and spat at by Jennifer Homendy, the new head of the National Transportation Safety Board (NTSB).

Jennifer said Tesla should not blindly introduce urban autopilot until it addresses safety flaws in some of the technologies proposed by the NTSB, and urged Tesla to restrict drivers' use of autopilot.

Tesla's use of the term "fully autonomous" is "misleading and irresponsible."People tend to focus more on marketing than on car manuals and warnings on company websites.

In a series of tesla accidents, there is clearly a misleading misuse of autopilot. thereforeBefore autonomous driver assistance systems can be used on city streets and other areas, what Tesla needs most is basic safety issues. 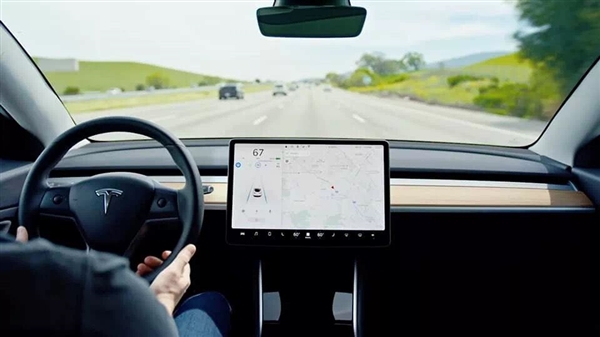 Related news
NVIDIA Tesla v100s low-key release: full speed up to turn into Tu Haojin
Tesla Model 3 as the only electric car to win IIHS Top Safety Pick title again
13 years of history NVIDIA gave up Tesla brand in a low-key way: name collision with electric vehicles
NVIDIA gives up Tesla brand in a low-key way: because of its name collision with famous electric vehicles
NVIDIA classic computing card series Tesla to be renamed: too confusing with Tesla
Tesla safety report for the first quarter: autopilot accident rate is 1 / 9 of the average in the United States
Hot news this week
13-year-old Chinese hacker capture a big Bune APP 3.5 billion users were sentenced: official response
Huawei applies for "Daxie" trademark, which has been applied for trademarks such as Cangli, Pangu, Luban, Hongyi
20 new e-commerce platform enterprises released the "China's new e-commerce industry healthy development initiative"
Buy chips on the black market at 800 times the price? Ideal Car denied that it had previously been exposed to a shortage of radar chips
Market Supervision Bureau: Improve the standardization of e-commerce main body
Director of the State Post Office: China will achieve the establishment of village express direct investment within three years
Is the card slow after upgrading Win11? Win11 has performance issues: Teach you to fix them
More than 550 suspects have been arrested after police cracked down on a gang known as "Ditui", which maliciously registered and sold online accounts
Huawen: Increase IPv6 + Technology Innovation Helps my country's continued leading the next generation of Internet innovation
Net-a-world Liu Chuanzhi annual pension of 100 million yuan, Lenovo Holdings dispelled rumors: serious misrepresusion
The most popular news this week
Tencent announced that it will set up a "personal information protection external supervision committee"
Douyin has cracked down on violent online comments, punishing nearly 300,000 accounts since April
Tesla: 10 new supercharge stations and 66 supercharged piles on the line this week
The epidemic is still serious: the United States announced that this is the condition.
Cool! Red Devil 6S Pro launched aerospace commemorative set: science and technology pull full
What did the three astronauts bring on their space trips? First official reveal
Is Amazon's penalty of 746 million euros for China by the EU to collect user data?
Wang Xiaochuan unloaded Sogou CEO Tencent PCG established "information platform and service line"
Apple warns of upcoming tax and price changes for App and in-app purchases
Volkswagen platform! Skoda