Luo Yonghao spit slot WeChat ads, netizens: attract people to the past, those pictures of the role is enough 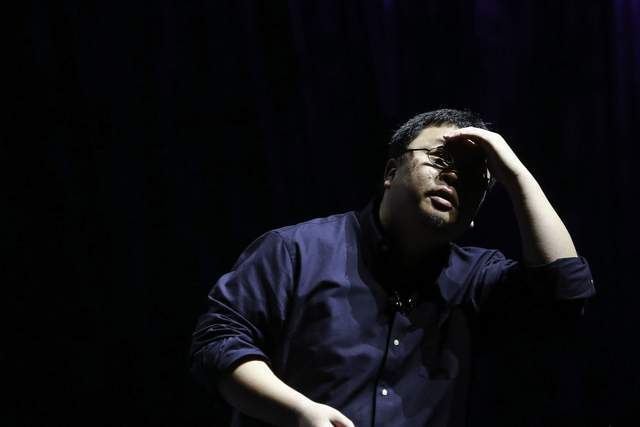 On September 22nd, Luo Yonghao posted on social media. "One of the reasons I don't want to order WeChat ads is that six to nine thumbnails edited by the brand do attract me sometimes, but it's almost certain that you won't see a larger version of those pictures, whether it's cars, electronics or shoes."

'It's a bit like you walking past a fast-food restaurant and being attracted by a few pictures of food on the wall,' Luo said. I really don't know what the brand staff who edit those pages think, are they all the people who used to edit fake yellow news on news sites to cheat clicks?

In this regard, some netizens in the comments section said, "with Mr. Luo never reached agreement on this matter I actually reached an agreement on this matter", "as long as people attracted in, the role of those pictures is enough." "There are also netizens answer that, "because the click-through rate in the advertising delivery system weight is very high, if the click-through rate is not good, even if there is money, advertising is difficult to put out, in addition, in addition to some large companies will have a strict review process for running materials, most companies only look at the effect, as to what material to use, is not so important." (| AI Finance News Agency Zhao Wei)

Related news
The number of monthly accounts of Tencent WeChat and WeChat has reached 1,132.7 million: a year-on-year increase of 7%
Tencent said Trump's wechat ban may not apply to applications in China
The overseas version of enterprise wechat has been renamed from wechat work to wecom
Tencent: existing wechat users in the U.S. may continue to use but cannot obtain new users, and will continue to negotiate
Change name to avoid ban? Tencent: wecom and wechat are different products
Has soared to 54,000 Wechat and downloads surged in the U.S. over the weekend
Tencent releases Q1 financial report: revenue 135.3 billion yuan, wechat / wechat monthly life 1.24 billion yuan
Luo Yonghao spit slot WeChat ads, netizens: attract people to the past, those pictures of the role is enough
Hot news this week
13-year-old Chinese hacker capture a big Bune APP 3.5 billion users were sentenced: official response
Huawei applies for "Daxie" trademark, which has been applied for trademarks such as Cangli, Pangu, Luban, Hongyi
20 new e-commerce platform enterprises released the "China's new e-commerce industry healthy development initiative"
Buy chips on the black market at 800 times the price? Ideal Car denied that it had previously been exposed to a shortage of radar chips
Market Supervision Bureau: Improve the standardization of e-commerce main body
Director of the State Post Office: China will achieve the establishment of village express direct investment within three years
Is the card slow after upgrading Win11? Win11 has performance issues: Teach you to fix them
More than 550 suspects have been arrested after police cracked down on a gang known as "Ditui", which maliciously registered and sold online accounts
Huawen: Increase IPv6 + Technology Innovation Helps my country's continued leading the next generation of Internet innovation
Net-a-world Liu Chuanzhi annual pension of 100 million yuan, Lenovo Holdings dispelled rumors: serious misrepresusion
The most popular news this week
Tencent announced that it will set up a "personal information protection external supervision committee"
Douyin has cracked down on violent online comments, punishing nearly 300,000 accounts since April
Tesla: 10 new supercharge stations and 66 supercharged piles on the line this week
The epidemic is still serious: the United States announced that this is the condition.
Cool! Red Devil 6S Pro launched aerospace commemorative set: science and technology pull full
What did the three astronauts bring on their space trips? First official reveal
Is Amazon's penalty of 746 million euros for China by the EU to collect user data?
Wang Xiaochuan unloaded Sogou CEO Tencent PCG established "information platform and service line"
Apple warns of upcoming tax and price changes for App and in-app purchases
Volkswagen platform! Skoda