The first beta version of iOS 15.1 was quickly released after the official release of iOS 15

Apple released the first beta of iOS 15.1 and iPadOS 15.1 to developers today. IOS 15.1 can be downloaded from The Apple Developer Center, or you can install the correct configuration file for OTA upgrades.

At the same time, Apple also released beta versions of watchOS 8.1 and tvOS 15.1. IOS 15.1 includes some features that were originally planned for iOS 15, such as SharePlay.

As an extension of iOS 15, the new system focuses on fixing bugs. In addition to iOS 15.1, Apple also released HomePod 5.1 beta, which adds lossless audio and Dolby Panoramic sound support to HomePod and HomePod Mini. HomePod beta software is invitation-only for developers. 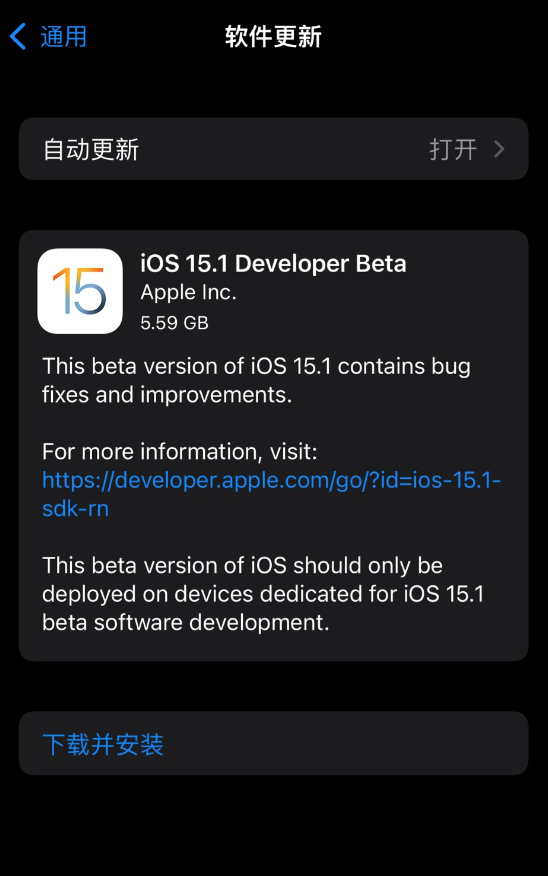 Apple said earlier this year that it would not automatically push iOS 15 to users for a variety of reasons, noting that it would continue to provide security updates for iOS 14 after the new operating system was introduced. Users who are still using iOS 14 will see a choice of two software updates in their Settings, one for the latest version of iOS 14 with bug fixes and the other for iOS 15.

Apple pushed iOS 14.7.1 in late July as a patch that fixed an issue where the Apple Watch could not be unlocked by iphones with Touch ID. 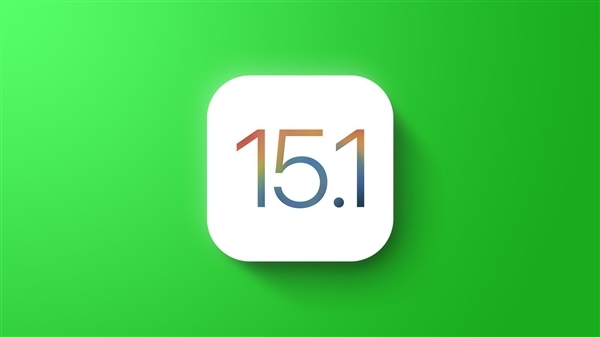 Related news
Why is IOS 14 becoming more and more like Android?
Why are iOS 14 more and more like Android?
IOS 15 official version approaching: Apple expands beta testing range
The first beta version of iOS 15.1 was quickly released after the official release of iOS 15
Haven't upgraded friends look! Apple's iOS 15 bugs
Hot news this week
13-year-old Chinese hacker capture a big Bune APP 3.5 billion users were sentenced: official response
Huawei applies for "Daxie" trademark, which has been applied for trademarks such as Cangli, Pangu, Luban, Hongyi
20 new e-commerce platform enterprises released the "China's new e-commerce industry healthy development initiative"
Buy chips on the black market at 800 times the price? Ideal Car denied that it had previously been exposed to a shortage of radar chips
Market Supervision Bureau: Improve the standardization of e-commerce main body
Director of the State Post Office: China will achieve the establishment of village express direct investment within three years
More than 550 suspects have been arrested after police cracked down on a gang known as "Ditui", which maliciously registered and sold online accounts
Is the card slow after upgrading Win11? Win11 has performance issues: Teach you to fix them
Net-a-world Liu Chuanzhi annual pension of 100 million yuan, Lenovo Holdings dispelled rumors: serious misrepresusion
Huawen: Increase IPv6 + Technology Innovation Helps my country's continued leading the next generation of Internet innovation
The most popular news this week
Is Amazon's penalty of 746 million euros for China by the EU to collect user data?
Wang Xiaochuan unloaded Sogou CEO Tencent PCG established "information platform and service line"
Apple warns of upcoming tax and price changes for App and in-app purchases
Volkswagen platform! Skoda
Apple Knife is real! The charger worth 1000 yuan was cut in half
China first! One year, two to send astronauts to the space station will be accepted.
Amazon has launched a formal appeal against a heavy fine for alleged breaches of European Union data protection rules
The first BITCOIN futures ETF in the U.S. is expected to begin trading next week
Zhou Hongyi: All scenes in the digital era have seven "new challenges" in safety risks.
Ge Jingdong: Build new social marketing to help brands achieve sustainable growth