UN secretary-general slams Bezos, Branson: Many people are starving and traveling in space

PHOENIX, Sept 22 (Xinhua) -- U.N. Secretary-General Antonio Guterres on Tuesday lashed out at billionaires Jeff Bezos and Richard Bransons at the U.N. General Assembly. Guterres says millions of people on Earth are still starving, while Bezos and Branson are traveling in space. 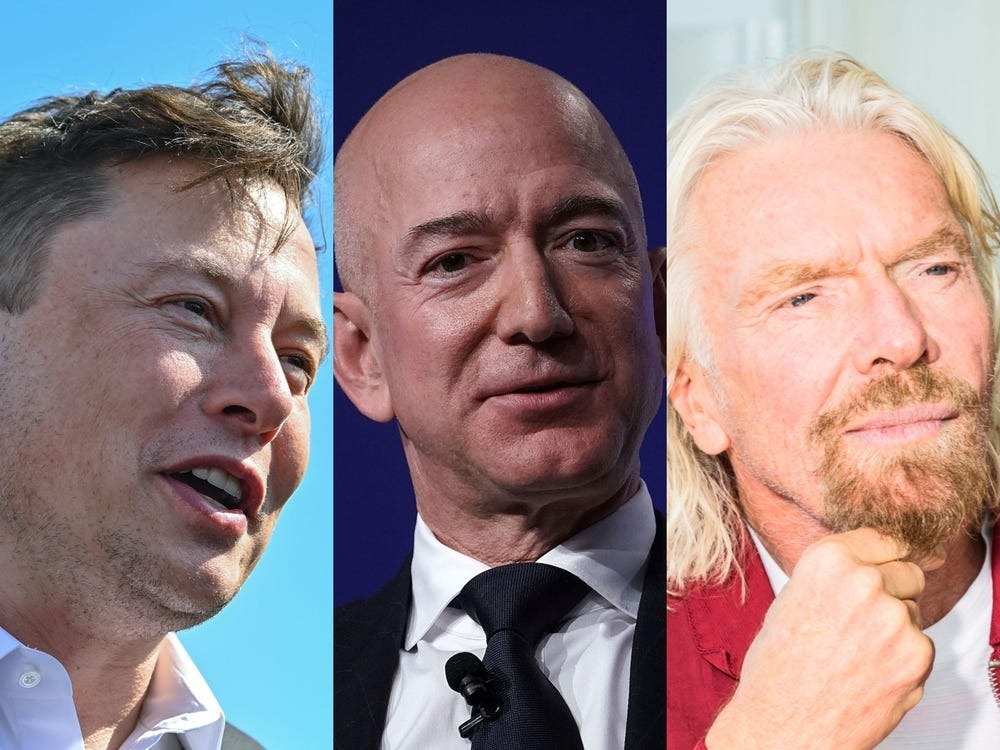 The general debate of the 76th session of the United Nations General Assembly kicked off on the 21st at United Nations Headquarters in New York. In his opening remarks, Guterres told other world leaders that billionaires' rush to travel to space was proof of the huge gap between the poor and the rich.

Guterres points out that ordinary people see their rights denied, that it is difficult to solve the problem of food and clothing, that the rich are traveling in space, and that a "no-confidence epidemic" is spreading around the world. In the eyes of parents, he says, their children's future looks bleaker than today's struggles. But at the same time, they see billionaires traveling in space at a time when millions of people on Earth are starving.

Blue Origin, the space company owned by Bezos, and Virgin Galactic, which is owned by Branson, have yet to comment.

This summer, Bezos and Branson went into outer space on their own private rockets. Although they stayed in space for only a short time, the trip cost billions of dollars and attracted global attention.

Bezos and Branson's trip to space has been heavily criticised, with calls for them to pay higher taxes. News investigative website ProPublica reported that Bezos did not pay a penny of income tax for at least two years from 2016 to 2018. Following the report's release, U.S. Senator Elizabeth Warren criticized Bezos' space travel. "He's laughing at everyone who pays taxes in america." Warren said.

After completing his trip to space, Bezos thanked Amazon workers and donated $200 million to honor the winners of the Courage and Civilization Award. He also thanked his critics.

Last week, Elon Musk's SpaceX completed its first "all-civilian" manned mission, The Nation4. Although Musk himself has not gone into space, he has been criticized for focusing some of his environmental efforts on outer space. Musk's long-term goal for SpaceX is to colonize Mars.

"I think we should devote the vast majority of our resources to solving the problems on Earth. For example, more than 99 percent of our economy should be used to solve problems on Earth," Musk said in a Netflix documentary about the 4 Mission, "but I think maybe 1 percent or less of the economy should be used to sustain life beyond Earth." If life is only a matter, what is the point of living? ”

Related news
Twitter users turn to Amazon CEO for help: hope to rescue the Amazon rainforest
Amazon CEO Bezos's Transformation: forced to become a Stormer of government relations
UN secretary-general slams Bezos, Branson: Many people are starving and traveling in space
Bill Gates speaks out: satirize what the world's richest two richest people are doing
Hot news this week
13-year-old Chinese hacker capture a big Bune APP 3.5 billion users were sentenced: official response
Huawei applies for "Daxie" trademark, which has been applied for trademarks such as Cangli, Pangu, Luban, Hongyi
20 new e-commerce platform enterprises released the "China's new e-commerce industry healthy development initiative"
Buy chips on the black market at 800 times the price? Ideal Car denied that it had previously been exposed to a shortage of radar chips
Market Supervision Bureau: Improve the standardization of e-commerce main body
Director of the State Post Office: China will achieve the establishment of village express direct investment within three years
More than 550 suspects have been arrested after police cracked down on a gang known as "Ditui", which maliciously registered and sold online accounts
Is the card slow after upgrading Win11? Win11 has performance issues: Teach you to fix them
Net-a-world Liu Chuanzhi annual pension of 100 million yuan, Lenovo Holdings dispelled rumors: serious misrepresusion
Huawen: Increase IPv6 + Technology Innovation Helps my country's continued leading the next generation of Internet innovation
The most popular news this week
The epidemic is still serious: the United States announced that this is the condition.
Cool! Red Devil 6S Pro launched aerospace commemorative set: science and technology pull full
What did the three astronauts bring on their space trips? First official reveal
Is Amazon's penalty of 746 million euros for China by the EU to collect user data?
Wang Xiaochuan unloaded Sogou CEO Tencent PCG established "information platform and service line"
Apple warns of upcoming tax and price changes for App and in-app purchases
Volkswagen platform! Skoda
Apple Knife is real! The charger worth 1000 yuan was cut in half
China first! One year, two to send astronauts to the space station will be accepted.
Amazon has launched a formal appeal against a heavy fine for alleged breaches of European Union data protection rules