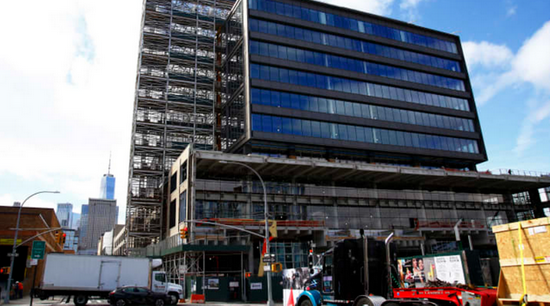 Sina Technology News Beijing time on September 22 morning news, it is reported that the impact of the outbreak, the United States Google company is still most of its employees in home office mode, there is no urgent demand for office space, but on September 21st, Google unexpectedly announced plans to spend $2.1 billion to buy an office building in New York City.

According to U.S. authorities citing industry statistics, the U.S. company's largest purchase of office space since the outbreak of the new crown.

The office building is reportedly located in the Hudson Square area of Manhattan, New York City, and is called the St. John's Terminal Building, an integrated freight hub in New York City. Google, which previously leased the office building, is now ready to exercise the option of acquiring it.

The Google deal is good news for New York City. For now, economic activity in New York City is recovering from the new crown epidemic, although big companies, including Google, have delayed returning to work.

It comes after Google issued a notice that its employees would not have to return to work in the company's offices until January. Separately, Google's chief executive, Mr. Pichai, has said that even after the reopening of the office building, the company expects 20 percent of its employees to continue working remotely from home in real time.

During the new U.S. outbreak, the popularity of home-grown epidemics led to a boom in business for technology companies, including Google, and the general public's lack of Internet companies for children's classes, adult work and family entertainment, which led to a surge in revenues in the technology industry, which then invested more in real estate and other business plans.

The acquisition further increases the size of Google's Manhattan branch in New York. Earlier, Google announced that it would invest $250 million to expand its business in New York City this year, and that it would increase the number of employees in the city to 14,000 in the next few years, up from 12,000 today.

The St. John Terminal Building is located at 550 Washington Avenue in Manhattan, New York, and Google plans to fully open the building by mid-2023. In the future, the building will be Google's largest office park outside its California headquarters, said Mr. Porat, a Google executive.

The building, which is reported to have a floor area of up to 1.7 million square feet (158,000 square meters), will house Google's sales and partner business units.

In addition, Google said the acquisition of the office building will be fully completed in the first quarter of 2022.