What is the problem with xiaomi civi, Wei Siki said thatXiaomi Civi is a new trend series of millet mobile phones, equipped with fashion multi-diverse design and innovative imaging technology.

So what is the relationship between the new series and CC? Wei Siqi said, there is a relationship, it doesn't matter.

Create a trend phone for young people,CIVI can be said to be CC's twenty years of transformation, and the comprehensive evolution of reborn.

Wei Siqi revealed that the first look at TA may feel that this is not your familiar millet phone, and its design ideas will be completely different.

More detailed grinding process and experience, use technology to empower trend images, new definitions, I hope I can show you a less than a small rice.

At present, the official has not announced the detailed parameter information of the machine, and according to the explosion.Xiaomi CIVI will try low-power light / electrochromic rear cover design, equipped with 120 Hz refresh rate display and Xiaolong 778G processor.

It is worth mentioning that the new CIVI series will have two versions of ordinary and PRO,Due to the main female users, there will be new surprises on the lightweight level of the product. 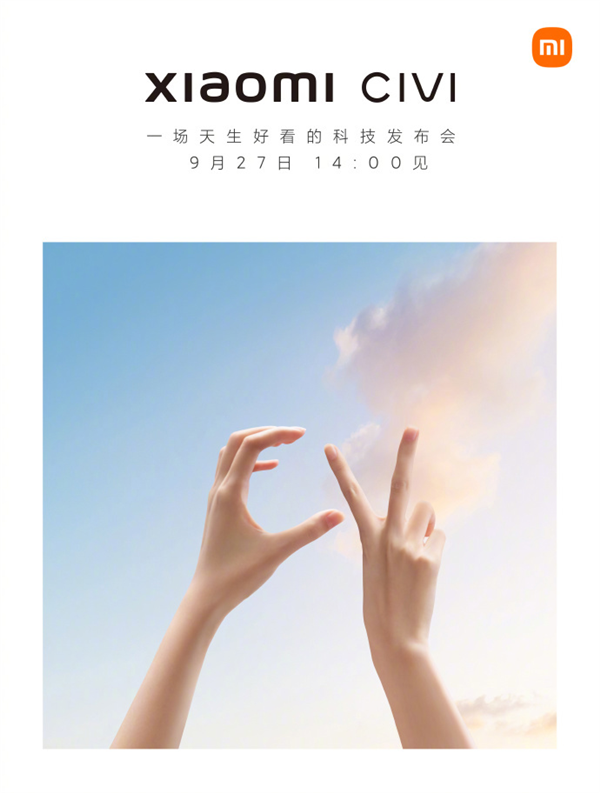