In an interview with Jeff Bezos and Elon Musk, Bill Gates reportedly expressed dissatisfaction with the space exploration program.

"I don't know, I'm obsessed with tackling diseases like malaria and HIV, and I talk about them a lot at cocktail parties, and maybe I'm tired of those topics, " says Mr Gates. Asked what he thought of some billionaires' interest in space travel, Gates said:space? We have a lot of work to do on Earth。”

In the interview, the host thanked Gates.He called him "the only billionaire who didn't try to escape Earth in a spaceship."

A week ago, Musk's SpaceX completed the Inspiration 4 launch, the world's first full civilian crew launch. In July, Bezos and Richard Branson also launched their private spacecraft into space. Although the billionaires spent only a few moments in space, the trips cost billions of dollars.

Both Bezos and Musk have boldly said they plan to use outer space to offset climate change on Earth. Musk plans to colonize Mars, while Bezos wants to shift the heavy carbon industry to other planets.

Earlier this week, UN Secretary-General Antonio Guterres called on billionaires to pay more attention to the planet, saying they spend billions of dollars on space travel and that "millions of people on the planet are hungry".

Both Musk and Bezos have been heavily criticized for launching rockets because they are expected to pay more taxes. U.S. Senator Elizabeth Warren criticized Bezos' space flight after ProPublica reported that the Amazon founder had not paid any income tax for at least two years between 2006 and 2018.

Musk's SpaceX, Bezos' Blue Origin and Branson's Virgin Galactic did not immediately respond to requests for comment. But Bezos admitted after the flight that he had been criticised. He said at the time that criticism of him was "generally correct". He added: "We have to do it at the same time,There are many problems on earth now, and we need to work hard to solve them. At the same time we have to look to tomorrow, as a species and as a civilization, we have to do this。”

Although Musk himself hasn't been in space, he has been criticized for focusing part of his energy on space programs.

Gates has been interested in public health for years. The Gates Foundation has provided hundreds of millions of dollars to focus on malaria, HIV, and the COVID-19 vaccine. 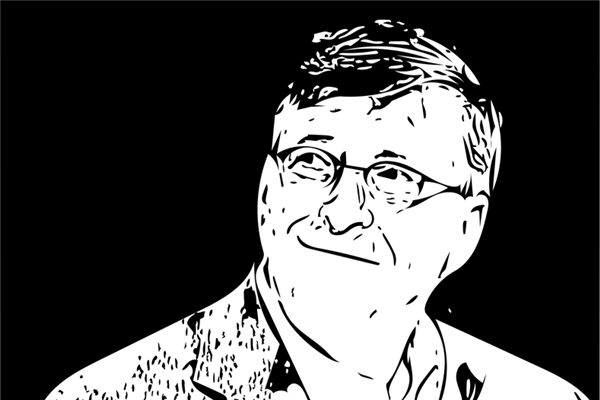