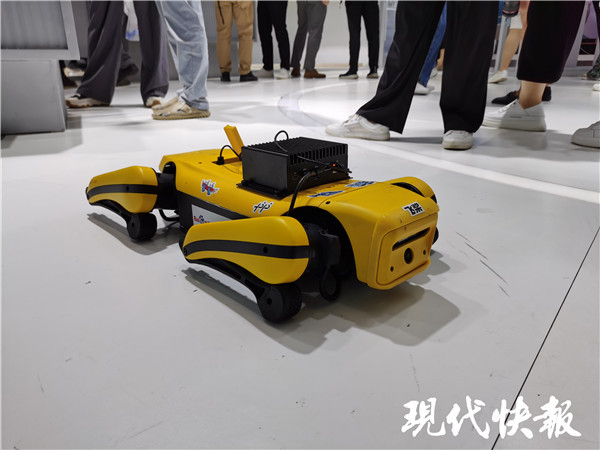 This year's Light of the Internet Expo attracted more than 300 Chinese and foreign enterprises, actively participating in the display of the latest technological products in artificial intelligence, big data, network security and other fields. One into the venue, to see a Baidu sweeping robot everywhere "walk", maintain the venue clean. The robot is more than half a man tall, compared with the round, flat sweeping robots of ordinary household use. In addition to the sweeping robot, Baidu also brought a "car robot", the car does not have a steering wheel and pedals, completely by the car intelligent autonomous operation and driving, with L5 level of autonomous driving ability. 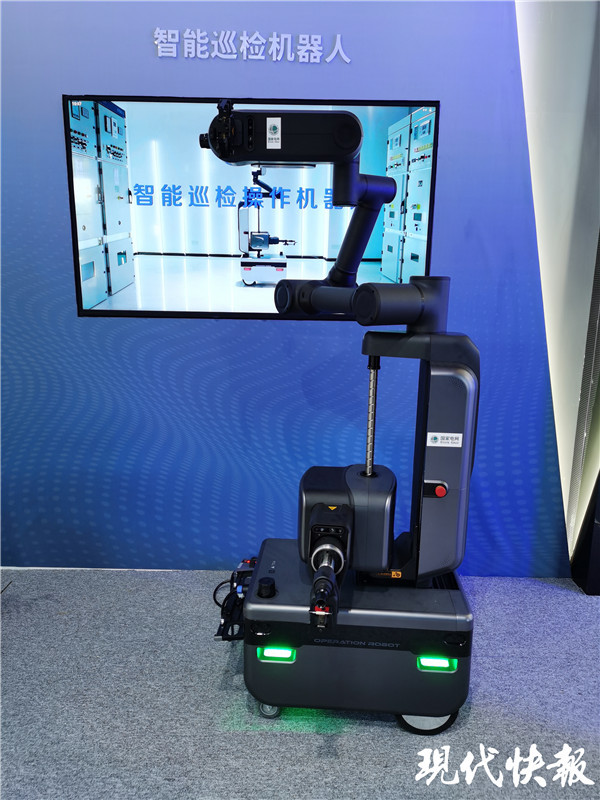 The State Grid booth displayed an intelligent inspection robot. The inspection robot is equipped with multi-sensor data fusion indoor navigation technology, 3D vision technology and semi-decoupled operating head, which can replace manual inspection and operation of electrical equipment. "In the past, operation and maintenance personnel were required to rush to the scene in two shifts. Now through the use of intelligent operation robot, operation and maintenance personnel do not need to arrive at the scene, just issue instructions in the background, waiting for the robot to feedback the execution result, which makes substation inspection and operation more efficient and safer." 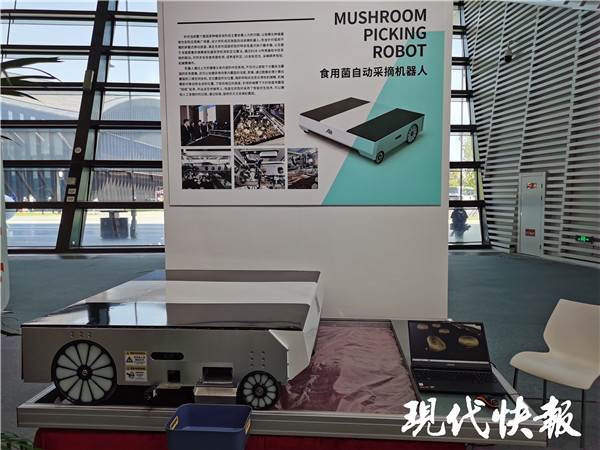 Before the fire of the TV series "Shanhai Love", let a lot of people know the bisporus mushroom planting is not easy. An automatic mushroom picking robot developed by Guonong Robot Industry Innovation Institute can help farmers quickly pick bisporus mushrooms. The robot can accurately judge the ripenessof mushrooms through visual technology, automatic picking and 24-hour cycle operation. One machine can replace three to five workers and recoup the cost in a year, the staff said. The product is expected to be on the market between the end of this year and early next year, according to the company.

A Company in Shanghai has brought several "robot cooks" that look like small refrigerators with a display screen on top and are said to contain thousands of recipes. They can also download recipes from the Internet and customize them to taste less oily, sweet or spicy. The cabinet below hides a basket of ingredients and a frying pan, which are programmed to cook automatically. The audience passing by praised, "with this open a small fast food restaurant enough."

In addition to robots, there are robot dogs. Not long ago, Xiaomi released the intelligent robot dog "Iron Egg", once again put the robot dog species into the spotlight. Xiaopeng released an intelligent machine horse, hoping to become "children's first intelligent vehicle". The Light of the Internet expo, Baidu's EdgeBoard robot dog is also quite eye-catching. It was lying on the ground to "rest", a remote control press, four legs a bend a support, then flexibly stand up and step. The robot dog can assist staff in security inspection, exploration and public rescue. It is also a low-cost, cost-effective ROS quadruped robot open source platform, which can be customized for the education market, supporting courses and experimental guidance.

The robot cow, which appeared in the Spring Festival Gala, also came to Wuzhen and not only paraded around outside the venue, but also danced. Yushu Technology, which developed the robot, is known as China's version of Boston Dynamics. It is the first company in the world to officially launch a high-performance quadruped robot, even before Boston Dynamics.