Huawei Yang Chaobin: it is expected that the mobile network will carry more than half of the Internet traffic in 2030

Phoenix technology news on September 27, at China (Beijing) international information and Communication Exhibition, Yang Chaobin, President of Huawei wireless product line, released the massive MIMO innovative product metaaau. It is reported that metaaau introduces super large-scale antenna array technology to achieve double improvement of performance and energy saving through algorithm, architecture and software and hardware integration innovation. Compared with the traditional scheme, metaaau can simultaneously improve the cell uplink coverage and downlink coverage by 30%, and the average experience of edge users can be improved by 25%. When the cell edge coverage index remains unchanged, the base station can be configured with lower transmission power, so as to reduce the energy consumption of the base station. Compared with the traditional AAU, the energy consumption is reduced by about 30%. 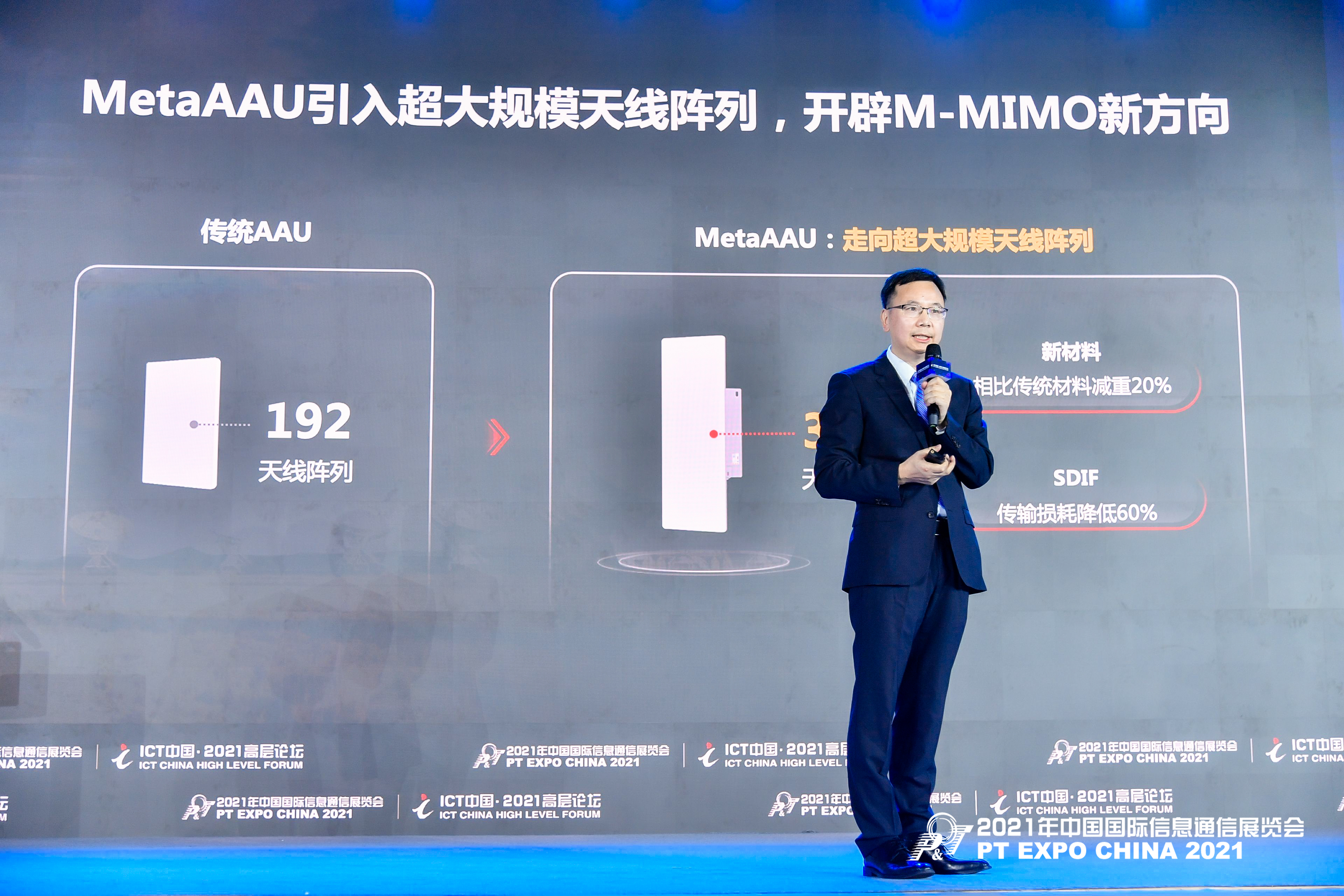 Yang Chaobin said: "if large bandwidth combined with massive MIMO technology can effectively improve cell capacity, cope with traffic growth and reduce network bit cost, which is the basis for building the best 5g network in China. "The coverage capacity of the intermediate frequency band is weaker than that of the low frequency band. The traditional scheme to improve the coverage of the base station is to increase the RF transmission power, but this can only improve the downlink coverage and cannot break through the uplink coverage limit; increasing the transmission power will also increase the module energy consumption, which is in contradiction with the goal of green energy conservation.