Analyst: Tesla aims to finalize plans to start production in India by 2022

PHOENIX, Sept. 29 (Xinhua) -- Tesla's plans to start production in India could be announced as early as 2022, according to foreign media reports, according to Soman Middot, an analyst at the market research agency Countpoint Research.

Tesla has been targeting the Indian auto market for years, and in 2021 it will make the biggest effort in history to launch electric cars in India. India may be one of the biggest beneficiaries in the global electric car market, according to Soman-Middot Mandal. He also thinks Tesla is aware of this. Based on that view, Tesla may want to land and gain a foothold in India as soon as possible, and whether it will launch electric cars in India is a decisive factor in its success in the local market.

Over the past few months, Tesla has been in communication with Indian government officials and there has even been some debate about who will compromise with each other first. At first, Tesla planned to build a manufacturing plant in India, but chief executive Elon Musk chose to back down after uncertainty about whether the plant would encounter "water and soil" in India. 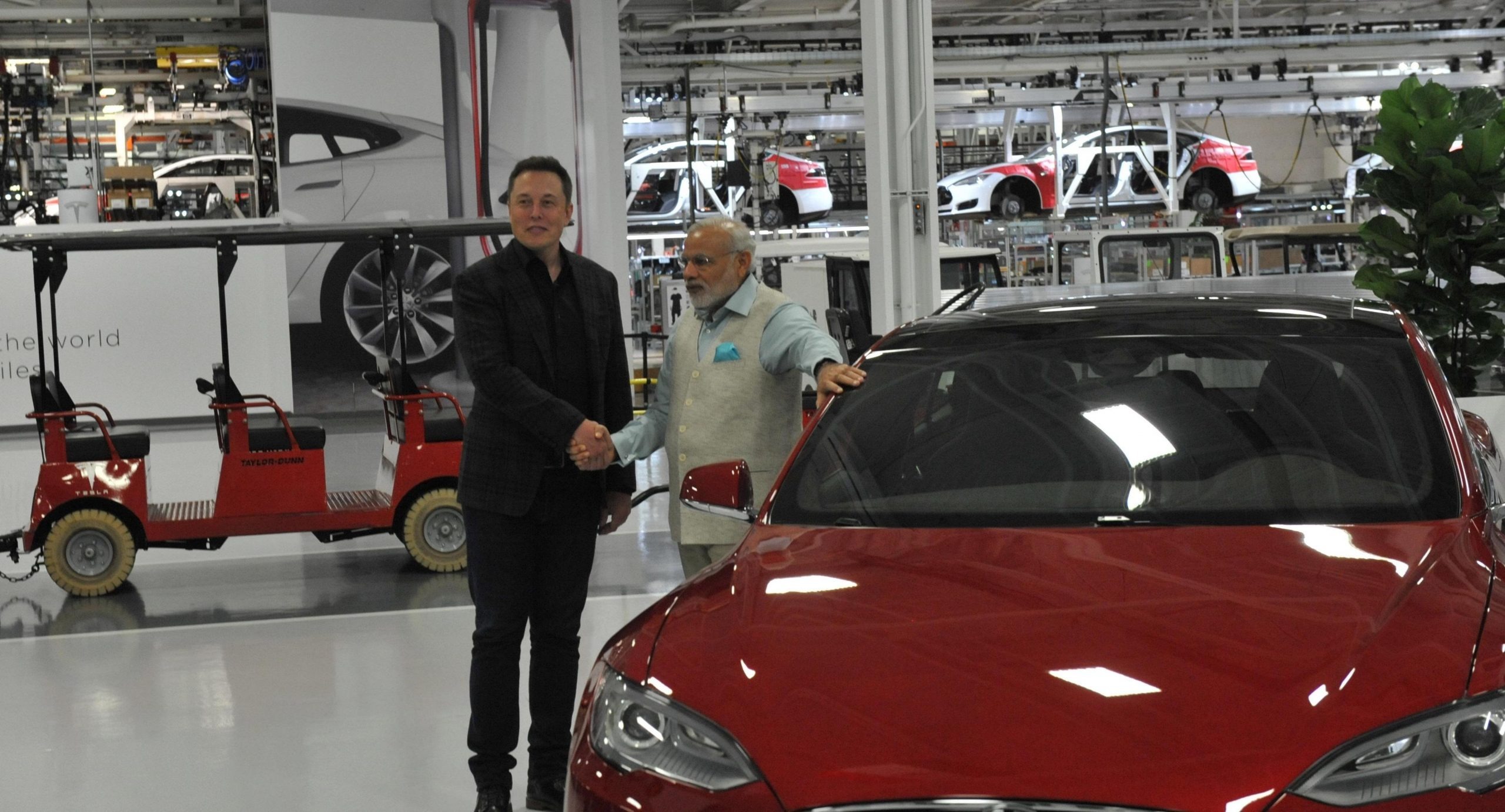 Instead, Musk wants to test india's demand for Tesla electric cars by importing them. With Tesla's active production facility in Shanghai, China, and its Plant in Germany about to begin production, Tesla electric cars are not short of access to the Indian market. The problem for Tesla, however, is that India's import tariffs have doubled car prices, and without lowering those taxes, It will not be able to pinpoint exactly how much demand is needed in the Indian market. (Compilation/Good)

Related news
NVIDIA Tesla v100s low-key release: full speed up to turn into Tu Haojin
13 years of history NVIDIA gave up Tesla brand in a low-key way: name collision with electric vehicles
NVIDIA gives up Tesla brand in a low-key way: because of its name collision with famous electric vehicles
NVIDIA classic computing card series Tesla to be renamed: too confusing with Tesla
Maybe next year you'll get an iPhone 12 labeled "made in India."
Hot news this week
Lu Jian, president of linkedin China, responded to rumors of the "closure of linkedin China" by saying that the company will increase its investment in China even if it does not reduce it
Huawen: Increase IPv6 + Technology Innovation Helps my country's continued leading the next generation of Internet innovation
Lenovo refutes rumors "Liu Chuanzhi 100 million annual salary" on the entrepreneur's "stigma" when to rest?
Net-a-world Liu Chuanzhi annual pension of 100 million yuan, Lenovo Holdings dispelled rumors: serious misrepresusion
The video asked Net-a-Lago to apologize
The world's richest man, worth $1.3 trillion, has launched a homegrown game: He can't wait to play it
The United States has first released electronic cigarettes, and the fog core technology rose 15%, and what impact will 400 billion markets will meet?
Infringement of Samsung Trademark Dedicated to Shenzhen Post Office Customs seized over 100 mobile screen
Meituan engineers responded to "frequent positioning" : suggest caution in downloading some overseas privacy software
I can't play! The official solution to the bug in Chinese Paladin vii was provided
The most popular news this week
Exposed Miha tour is developing 3A level new IP works project has been promoted for 11 months is still not announced
WeChat collapses! Users cannot send and receive pictures and files, WeChat response: gradually recover
WeChat responds to "crash": Apologize to users has been gradually restored
WeChat collapses! The picture has not been sent to respond: in emergency repair
WeChat's response collapsed: the sending of pictures and files failed and has been gradually restored
Tea Yan Yue color business scope of new wine sales Tencent Millet indirectly hold tea Yan Yue color
JD.co.u. auto parts app online, plus code after the car market
One million Tencent shares were traded in block trading at HK $493.825 each
September 2021 Top 10 of the world's most popular mobile gaming revenue: Original God topped the list
Apple's self-developed Mac chip is the ultimate hit: or the M1 Pro and M1 Max, major upgrades to the GPU core