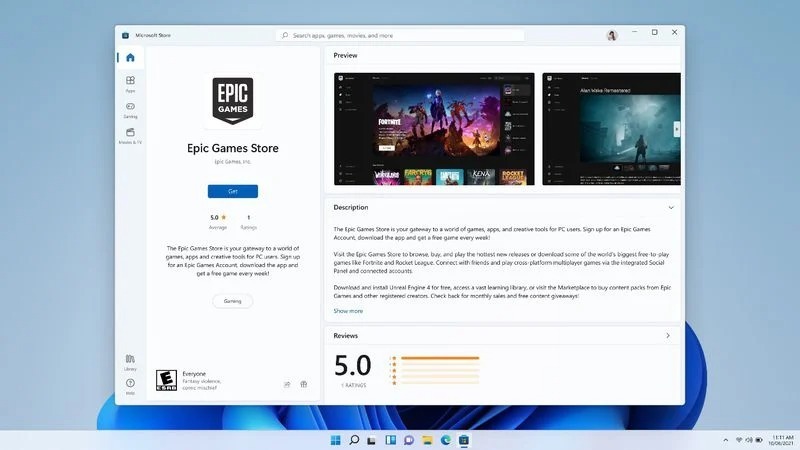 Microsoft said it wanted to ensure that its "commercial terms are fair" and "help promote innovation" as part of the change.

The change comes months after Microsoft announced several major changes to its stores. Not only has Windows 11 and the final version of Windows 10 overhauled the Microsoft Store, but if developers use an alternative payment platform, Microsoft will also allow them to retain 100% of their application revenue. The only exception is that the latest changes do not apply to games.

Although Steam is not currently on the Microsoft Store list, it could be available in the future. Microsoft has promised to become an "open store on an open platform" and will now allow any third-party store apps to appear in the Microsoft Store on Windows. However, this does not mean that standalone apps and games from rival stores can be discovered and installed.