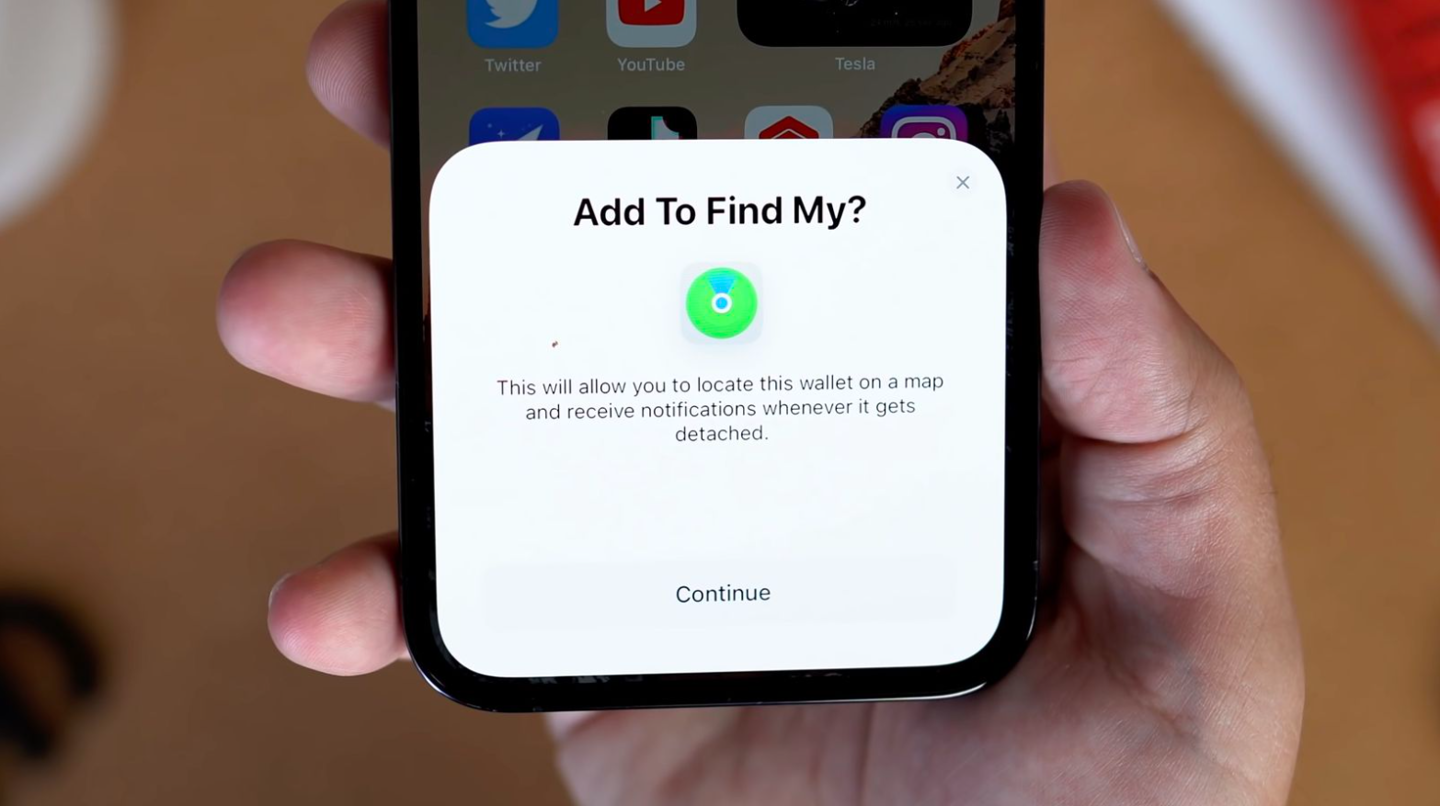 According to the Reddit post, affected users were unable to get the proper "Find My" pop-up window when they connected MagSafe leather card packs to their iphones. The problem appears to affect iPhone 13 models in particular, but there have also been some complaints from iPhone 12 users.

As demonstrated in the hands-on video below, the MagSafe leather card pack should automatically connect to Find My when connected to an iPhone, but it doesn't work at all for some users.

Some users, guided by Apple's support department, have been successful in erasing their network Settings, but others say it doesn't work.

"I called customer support three times to get this fixed with my iPhone 13 Pro Max. That's why it worked: they told me to go into Settings. Gm & gt; Transfer or reset > Erase & gt; Erase network Settings. The phone is rebooted, the MagSafe leather card bag is attached to the back of the phone, the animation pops up and the leather card bag is now in the Find My app."

"Today I got my MagSafe leather card bag and immediately had this problem with both my iPhone 13 Pro and iPhone 13 Pro Max. Talked to the apple tech people, did what they said, and it worked out. Put the phone into DFU mode and reinstall the operating system and firmware. Set the phone again without doing any recovery. Once the setup is complete, open the leather card bag and it will pop up in about five seconds, asking you to pair users to Find My. Later, if you need to, reset the phone on the device and restore it from a backup of the Settings."

The DFU mode is largely successful for most users trying to solve this problem, but it is a huge hassle and should not be necessary for a simple accessory pairing process. According to the Reddit post, Apple is aware of the issue, so it's possible there will be a fix in a future update.

For now, users who want the MagSafe leather card pack to work immediately should try resetting the network Settings option, and if that doesn't work, reinstall iOS 15 using the DFU method. Or you can wait patiently for apple to push a fix in the next iOS 15.x update.

Related news
Old users like: iPhone 12 charging will usher in great improvement, support MagSafe
Belkin launches iPhone 12 and MagSafe accessories
Apple reminds iPhone 12 that it's better not to wear leather jackets: using MagSafe wireless charging leaves a circular impression
iPhone 12 made a MagSafe wireless charge: I didn't expect all kinds of dummies
iPhone 12mini was "shrunk" by apple before it went on sale: MagSafe wireless charges up to 12 watts
More than MagSafe interface: Apple's new MacBook Pro SD card slot returns
Perfect for iPhone 12! Apple releases MagSafe external battery 749 yuan
Leakage of new MagSafe protective case: further confirmation of iPhone 13
Released simultaneously with iPhone 13 series! Apple's new MagSafe charger shows up: stronger suction
Some Apple iPhone 13/Pro users can't use the MagSafe card pack's find My feature
Hot news this week
Apple store staff committed suicide due to work pressure?
Xiaomi has issued a patent for autonomous driving, which can automatically adjust its driving ability according to the road class
U.S. inflation blasts Nearly half of households aim to live: the price of the commodity has gone up outrageously
Jiangsu Bank's Beijing branch was fined 4.9 million for "seven crimes" involving the illegal issuance of loans
Huawei has released a patent on the packaging structure that solves the problem of black spots on display panels
More than 20,000 domestic Model Y "broken shaft" recalls Tesla's ability to dump pots surprised netizens
Alipay announces automatic identification of automatic identification of vehicles to enhance the quality of drivers
Browser Search Engine Giants Quasi-Upgrade Microsoft to issue an unsafe warning to 2 billion Chrome users
Could new SEC rules prevent Chinese companies from listing in the US? The Foreign Ministry responded: firmly opposed
The U.S. blocked Avista's acquisition of chip giant ARM, fearing it would hurt competition and neutrality
The most popular news this week
AMD YES! Musk praises Tesla's 'Witcher 3'
Standard Snapdragon 8 Gen1! Exposure millet 12 Pro released this month: screen specifications are higher
A Japanese billionaire has flown to the International Space Station on the most expensive charter flight in history
US group public bag app: system network abnormal recovery rider can be delivered normally
Visa CFO: The company can solve the problem with Amazon, and the relationship will resume as it did
Yumei Technology responds to employees: there is cash compensation and option compensation, and the company operates normally.
Abandon ARM! Huawei's all-self-research chip announced: new architecture CPU plus holding
It is 200 million to learn Tesla Volkswagen will be involved in clean energy construction.
TNGA + hybrid! Toyota's flagship Sedan in China looks a lot like a Lexus
Liang Jianzhang: The real universe will certainly prevail over the meta-universe, which may bring population risks and technological stagnation