The iPhone was least affected by chip shortages

play$4 billion less! The iPhone13 series was badly out of stock and Mr Cook had warned of reduced sales
forward backward 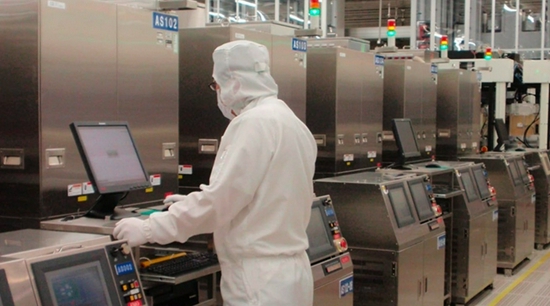 Smartphone makers are only getting 70% to 80% of their component orders due to a global chip shortage, but Apple inc's iphones are barely affected, according to a new study.

There were reports in the middle of the month that Apple was also starting to feel the effects of the global chip shortage, but was doing better than its rivals thanks to planning ahead.

"The smartphone industry is poised for a strong rebound this year after the COVID-19 pandemic hit the market hard in 2020," Counterpoint Research said in its report. Starting late last year, smartphone makers placed large orders for components. In the first quarter of this year, depressed consumer demand boosted the market."

According to Counterpoint Research, 90% of the smartphone industry is affected by these problems. "The semiconductor shortage seems to be affecting all brands in the ecosystem," said Tom Kang, Research director at Counterpoint Research. Samsung, Oppo and Xiaomi have all been affected. As a result, we have lowered our shipment forecast. In contrast, Apple seems to be the most resilient and least affected by AP shortages."

Counterpoint Research does not say how Apple has avoided shortages. But previous reports have suggested that Apple may be stockpiling a lot of inventory because of its purchasing power.

Semiconductor shortages have plagued the market since the fourth quarter of 2020, Counterpoint Research said in its report. But despite shortages of components such as DDI (drive circuits) and PMIC (power management integrated circuits), the smartphone industry has grown largely by planning ahead, ordering ahead and stockpiling certain components, such as AP and camera sensors, that are often much more valuable than DDI or PMIC.

While contract factories have been operating at full capacity in recent quarters, semiconductor shortages continue, so the smartphone industry is also suffering as inventories are bottoming out and new component orders are not fully filled, Counterpoint Research said.

Related news
Suspected iPhone 9 screen film exposure iPhone 8 compatible appearance
IPhone 12 delay: winter is coming
Is the iPhone 12 so popular? When will the price be reduced
The iPhone was least affected by chip shortages
10 million iPhone 13 production cuts likely! Chip shortages hit Apple
Hot news this week
Lu Jian, president of linkedin China, responded to rumors of the "closure of linkedin China" by saying that the company will increase its investment in China even if it does not reduce it
Huawen: Increase IPv6 + Technology Innovation Helps my country's continued leading the next generation of Internet innovation
Lenovo refutes rumors "Liu Chuanzhi 100 million annual salary" on the entrepreneur's "stigma" when to rest?
Net-a-world Liu Chuanzhi annual pension of 100 million yuan, Lenovo Holdings dispelled rumors: serious misrepresusion
The video asked Net-a-Lago to apologize
The world's richest man, worth $1.3 trillion, has launched a homegrown game: He can't wait to play it
The United States has first released electronic cigarettes, and the fog core technology rose 15%, and what impact will 400 billion markets will meet?
Infringement of Samsung Trademark Dedicated to Shenzhen Post Office Customs seized over 100 mobile screen
Meituan engineers responded to "frequent positioning" : suggest caution in downloading some overseas privacy software
I can't play! The official solution to the bug in Chinese Paladin vii was provided
The most popular news this week
Exposed Miha tour is developing 3A level new IP works project has been promoted for 11 months is still not announced
WeChat collapses! Users cannot send and receive pictures and files, WeChat response: gradually recover
WeChat responds to "crash": Apologize to users has been gradually restored
WeChat collapses! The picture has not been sent to respond: in emergency repair
WeChat's response collapsed: the sending of pictures and files failed and has been gradually restored
Tea Yan Yue color business scope of new wine sales Tencent Millet indirectly hold tea Yan Yue color
JD.co.u. auto parts app online, plus code after the car market
One million Tencent shares were traded in block trading at HK $493.825 each
September 2021 Top 10 of the world's most popular mobile gaming revenue: Original God topped the list
Apple's self-developed Mac chip is the ultimate hit: or the M1 Pro and M1 Max, major upgrades to the GPU core