It is reported that the foundation of the no. 20 fan of the 500,000-kilowatt offshore wind power project of China Guangdong Nuclear Power Co., Ltd. shanwei Jiazi 1 started piling on October 1. The nearest distance to the land is about 25km, and the water depth is 30 to 35 meters. It is planned to install 78 wind turbines of 6.45MW, and construct a 220kW offshore booster station, as well as the onshore booster station (centralized control center) shared by CGM Houhu, Jiazi I and Jiazi II projects. 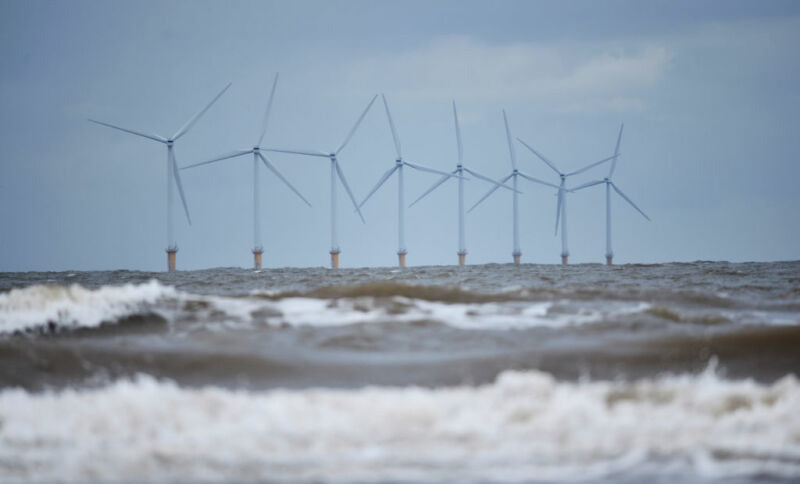 According to Qin Haiyan, secretary general of wind Energy Professional Committee of China Renewable Energy Society, in the next 3 years, China's offshore wind power is expected to achieve parity online, some industry insiders believe that by the end of the "14th Five-Year plan", the cost per kilowatt of electricity in some areas can be 30 cents, EPC cost can be reduced to less than 10,000 yuan/kW.

It is worth mentioning that the power generation capacity of this project will be boosted to 500 kV by onshore booster station and then connected to 500 kV Maohu station. Therefore, it is the first offshore wind power project approved to use 500 kV voltage grade to send.

In addition, some industry insiders believe that the key to achieving parity is cost reduction. For example, the 6.45MW unit capacity is greatly increased while the raw materials remain essentially unchanged, so the marginal cost is expected to decrease, while the cost of the base tower is also significantly lower than before.

IT Home learned that the tender for another wind turbine at CGNPC xiangshan Tuzi Offshore wind farm in Zhejiang province started in September this year. The total capacity of the project is 280,000 kW, and the latest delivery date of the wind turbine is November 15, 2022, which is undoubtedly an affordable project.