Tonight midnight Windows11 operating system consumer official update version will be pushed, tonight if you do not turn off the word, tomorrow morning is likely to harvest can not boot - roll back package. For ordinary users who are not proficient in computer maintenance, our general advice is not to try a new operating system too early. 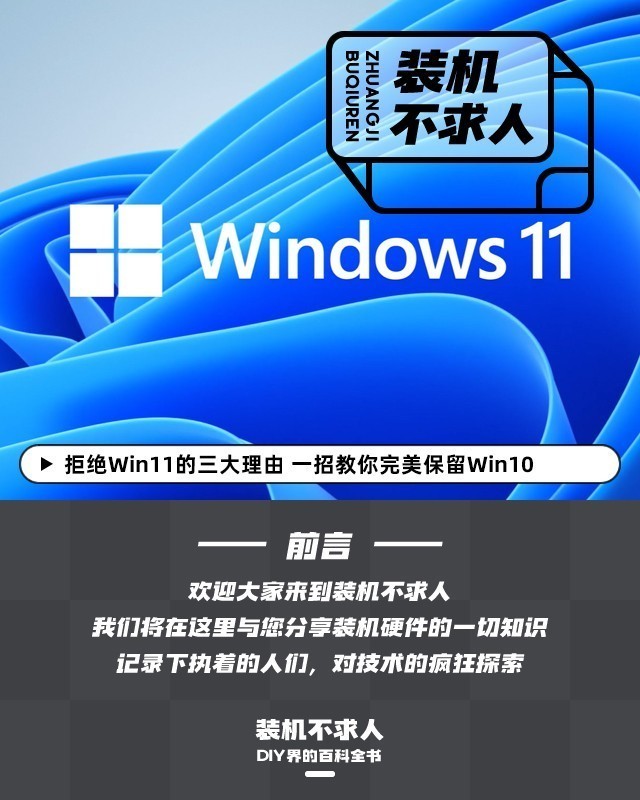 There are three reasons:

The operating system has been in internal beta for many users for only a few months, and many of the software and hardware have not been fully tested. As a result, unexpected instability can happen at any time. If there is a computer maintenance experience of friends may at any time according to their own experience to maximum save your important data, repair his computer, but if is a friend of don't know much about computers that is a big accident, important file cannot be removed, the computer also want to have to pay a professional maintenance of master, do more harm than good.

Although every time Microsoft system upgrades are very pay attention to the compatibility and the old products, and have to say that the Microsoft operating system compatibility is the best in the world, but even so, in contrast, a few times before the big update, Windows 7, Win10, which one is not in the official after upgrading can also find a lot of no follow up optimization software. There are so many third-party software companies out there that you can never be sure which ones you're using are niche, have slow maintenance staff, or have a code that makes it difficult to move from an old operating system to a new one.

QQ wechat such a large number of users, the company update active software may be in Win11 online before the completion of the adaptation and optimization, but some professional software, or some of the company's own software, can not guarantee the speed of the update iteration.

Windows11 does have some functional updates, but for people who have been familiar with so many years of Win10, to adapt to the new version of the new features brought efficiency, far less than the change of old habits brought efficiency decline to the obvious. 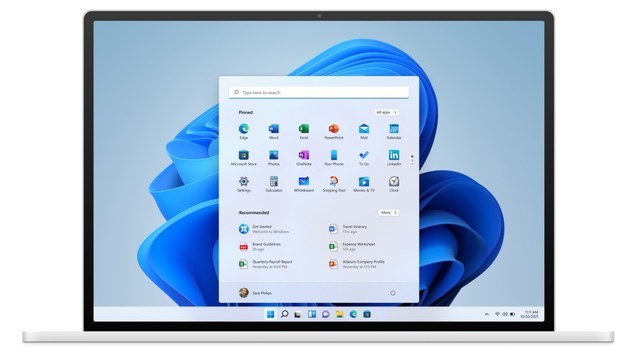 According to the Wolf cry beast in Win11 beta version inside the actual use of the feeling, many in Win10 is very smooth use of the function in Win11 becomes not so convenient. For example, if you want to use PS to open a picture, in Win10 you can directly drag the desktop image icon to PS software icon, or directly drag to the task bar PS window label hovering, the picture will automatically switch to PS page, drag into the window scope can be opened. But this feature is not available in the internal beta version of Win11.

For example, some functions of the right menu have also been revised, and the refresh button disappears under certain Windows, which is very uncomfortable for OneDrive. Shortcuts such as copy and paste have also become extremely small ICONS, and every time you use them, you have to guess which one is copy and which one is paste or whatever. Some shortcuts, such as decompression software in the right-click menu, are also hidden in more options, making it more cumbersome to operate.

Another function, directly install and run android applications in Windows11, this function has not yet appeared in the beta version, according to the official news is the official version of the launch will open this function of beta. However, even if the internal test is opened, Microsoft's android app store is Amazon. It is questionable whether this ecosystem can be used normally in the domestic ecosystem. If you are not a geek with multiple computers, you should not try it at will.

At present, Win11 internal test version of memory space demand is huge, 8G memory has been basically unable to use, 16GB to get a relatively smooth experience, and each operation and software open speed are significantly inferior to Win10 version, these problems do not know will not be in the official version of the launch of the time to be fixed, Wait until the new fix is stable before upgrading.

A few ways to turn off Windows Update

1, directly under Settings - Update and Security, select pause update for 7 days, this button can be more than 5 times, that is, pause update for 35 days, and so on the expiration of the time to continue clicking. 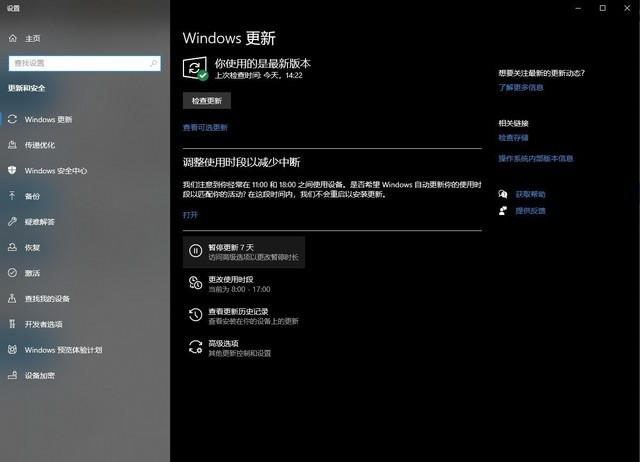 Under "HKEY_LOCAL_MACHINESOFTWAREPoliciesMicrosoftWindowsWindowsUpdateAU" create a 32-bit DWORD value, called "AUOptions" double-click the value, the value is set to 2.

Note: This scenario involves modifying the registry. It is recommended that you back up the registry before performing this operation.

Third, if it is a professional version of the system, please press the Microsoft logo key and R key at the same time, enter "gpedit. MSC" press Enter, open: Computer configuration - Management Templates -Windows Components -Windosw update, on the right side of the "configure automatic update" and "allow automatic update immediately install" status changed to "Disabled".

Related news
Is win11 faster and stronger than win10? Win11 performance data exposure
Comparison between win10 and win11: win11 has higher hardware occupancy rate
Not compliant with win11 hardware standard? How to upgrade win11
How to return win10 after upgrading win11? You have to know about it
New generation game artifact talk about win11 game features
Win11 refused to Win11 three reasons a trick teach you perfect retention Win10
Is the card slow after upgrading Win11? Win11 has performance issues: Teach you to fix them
The 2022 Win11 update has not yet reached the 2023 Win11 news
Microsoft Win11 growth stagnation: Win10 21h2 wins the first throne
Microsoft Win11 released for half a year: still catching up with Win10 no real improvements
Hot news this week
The developer of the dating app Tinder has reached an agreement with Google over billing rules for its app store
Red Elf Lightning erupts in the Himalayas Spectacular Spectacle: Experts Reveal What Exactly Is This?
The founder of the Internet Quick Hand Su Hua was taken away for investigation, and the fast hand responded: the news was not true
Or for Studio Display Pro, the release of Apple's 27-inch Mini LED-backlit Display has been delayed by October
One picture to understand! Blue Factory has issued 3 new machines in a row: self-developed chip blessing, the narrowest lower border
Tencent established a smart technology company in Chengdu, and its business scope includes Internet data services
I once touched the ceiling of the mobile phone screen! Well-known brands announced that the new flagship is the first to carry the Snapdragon 8+
Or has it been spread insidiously in Communities in Europe and the United States: Should We Be Worried About Monkeypox? Experts demystify
Economist credit card monthly bill $11.4! Only paying for a purchase of Tencent Music, the account manager is busy "condolences"
Huawei and the Chinese Academy of Sciences jointly developed the new 3D DRAM solution is expected to break through the key root technology of storage
The most popular news this week
China Space Station's super high -definition instructions to become popular: Space villas are completed at the end of the year, and 6 people can live in 6 people
Sony PS president hinted that PlayStation will acquire more companies
Hot Search! Fresh graduates who graduated at the age of more than 24 were terminated Guangdong Unicom apologized
China's PC and tablet market status quo at a glance Demand shrinks! Huawei, glory is eye-catching
Chinese director short film Cannes won the award: the cost of 5,000 yuan took 10 days to make the work super high reputation
Two new characters! Original Gods version 2.7 pre-download has been enabled
The 780 billion "oil leader" CNOOC rose and fell in the intraday, and the stock price hit a new high since its listing
The largest acquisition case in the history of 400 billion chips Chen Fuyang and Dell only used to meet
Visual China responded to 8 yuan Audi photo questioning: 1500 yuan for sale, the original author only received 2 yuan
Musk: The U.S. recession "is actually a good thing"