In the early hours of October 4, Evergrande and Evergrande Properties of China suspended trading on the Hong Kong Stock Exchange, and the reasons for the suspension are not yet known.

It is worth mentioning that Evergrande, another subsidiary of Evergrande, has not yet stopped trading, opening more than 6 per cent lower after the opening bell.

It was previously reported thatSeveral Evergrande employees said in an interview that their department had informed them to continue their vacations after the 11th holiday until the end of October. Most of the production staff at the Manufacturing Bases in Shanghai and Guangzhou will be involved in the rotation, regardless of the research and development personnel of Hengchi 5 and Hengqi 6 vehicles.

Although Evergrande motor notice leave is "paid", but a number of employees said that they signed a labor contract with Evergrande, the salary structure consists of a base salary plus performance, 5th and 20th of each month in half. The minimum "paid" standard is actually half-pay.

One Shanghai employee said there was panic in the office and "everyone was brushing their resumes." ”

Reported that Evergrande Motor in the first half of this year, there are six models in the simultaneous development, but not long ago stopped other projects, only to retain the fastest progress of Hengqi 5, Hengqi 6. The Guangzhou and Shanghai plants, which were originally scheduled to produce the two cars, have stopped production. Some of the outsourced engineers responsible for production have been laid off. Hengchi 5 from Guangzhou to Tianjin to continue production, Shanghai and Guangzhou base production staff have also been transferred to Tianjin in batches to support. 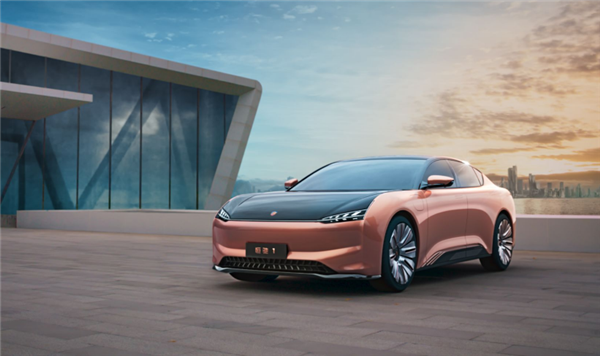 Related news
Evergrande property introduced a HK $23.5 billion war investment, with 14 investors including Alibaba Tencent
China Evergrande: it is expected that the net profit in the first half of the year will drop by up to 39%, and the auto business is seeking to be sold
Evergrande thunderbolt Xu's friend suffered a big loss: a surplus of 13 billion yuan turned into a loss of 9.5 billion yuan
Evergrande car is really a PPT! Officials sent heartbreaking news late at night
Sources say Evergrande is on paid leave Insider: It's true
China Evergrande, Evergrande Property suspended trading in Hong Kong, and Evergrande Motor opened more than 6 per cent lower
China Evergrande: Evergrande's share price plunges its employees are miserable
Chuanhesheng Ventures to acquire Evergrande property? Evergrande motored up 31%, Andeng Networks up 12%
Hot news this week
Huawen: Increase IPv6 + Technology Innovation Helps my country's continued leading the next generation of Internet innovation
Lu Jian, president of linkedin China, responded to rumors of the "closure of linkedin China" by saying that the company will increase its investment in China even if it does not reduce it
Lenovo refutes rumors "Liu Chuanzhi 100 million annual salary" on the entrepreneur's "stigma" when to rest?
Net-a-world Liu Chuanzhi annual pension of 100 million yuan, Lenovo Holdings dispelled rumors: serious misrepresusion
The video asked Net-a-Lago to apologize
Straight screen party Gospel! Black Shark flagship game mobile phone is coming: Liu Hai has a surprise
The world's richest man, worth $1.3 trillion, has launched a homegrown game: He can't wait to play it
The United States has first released electronic cigarettes, and the fog core technology rose 15%, and what impact will 400 billion markets will meet?
Infringement of Samsung Trademark Dedicated to Shenzhen Post Office Customs seized over 100 mobile screen
Meituan engineers responded to "frequent positioning" : suggest caution in downloading some overseas privacy software
The most popular news this week
JD.co.u. auto parts app online, plus code after the car market
One million Tencent shares were traded in block trading at HK $493.825 each
September 2021 Top 10 of the world's most popular mobile gaming revenue: Original God topped the list
Apple's self-developed Mac chip is the ultimate hit: or the M1 Pro and M1 Max, major upgrades to the GPU core
Astronauts began to space code "dismantling courier": this move is too much love
The Russian court recovered approximately 2.36 million yuan to Facebook
Can you bear it? Today's Apple Wang fried new shape exposure: netizens live
It took Apple four years to fix the B-station UP master made it: the ultimate sci-fi board
"Beijing understands" Internet hit the most beautiful profile male revealed: the spirit of people admire
To account 500 yuan was cheated 30,000 alipay cash scam frequency now