TSMC says: Someone must be stockpiling 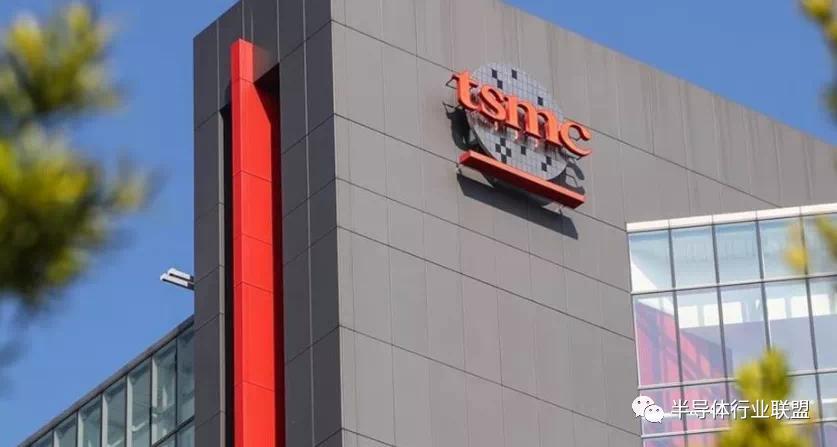 The U.S. government held a semiconductor summit, but the semiconductor industry to hand over chip inventory and sales data, is expected to impact the global leading chip foundry TSMC operations, mainly to solve the automotive chip shortage situation.

Liu Deyin, Chairman of TSMC:Someone must be stockpiling.

In an interview with foreign media, Liu Deyin, chairman of TSMC, pointed out that many automakers blame TSMC for the chip shortage.Liu counters that someone in the supply chain must be stockpiling.

Auto chip shortage from this year, Taiwan semiconductor and other wafer foundries and face pressure from all sides. Impact of new crown outbreak last year, major automakers have cut production, coming along with the rapid economic recovery, however, these were cut down a single depot and restore production capacity, and emergency orders to the semiconductor industry, which leads to the second half of last year, chip shortage problems begin to emerge, the United States, Germany and Japan earlier this year the government sent a letter to Taiwan, hope that the Taiwan wafer foundry can expand capacity, In order to supply more chips to carmakers, the average lead time for chips in February was 15 weeks, which has been deteriorating recently.

Liu Deyin said that the global chip shortageMore chips are sent to factories than are used in products, meaning someone in the supply chain must be stockpiling chips.To solve the problem, Liu asked his team to review different data points to decipher which customers really needed and which were hoarding. 'We didn't have to do that before, so we're still learning how to adjust orders so that we can defer chips that aren't urgent,' Mr. Liu emphasized.

'Some customers may not be happy, but TSMC has to do this so that the whole supply chain can function properly,' Mr. Liu said.TSMC announced earlier this year that it would invest $100bn in new capacity over the next three years, but Mr Lau believes this is far from enough to meet demand.

TSMC founder David Chang brought the professional foundry model to the industry, making TSMC more competitive with advanced manufacturing processes and IDM models such as Intel and Samsung Electronics, the report said. As for the combination of Liu and Wei, it helps TSMC go overseas and diversify its wafer foundry capacity geographically.

The latest! TSMC and UMC will add another 20%

On October 4, Taiwan's economic Daily reported that the semiconductor industry chain in Taiwan will continue to increase prices in the fourth quarter. TSMC and UMC, the two leading wafer makers, continued to suffer from tight production capacity this quarter, the report said.

TSMC has previously reported that the prices have been raised according to different customers. Some of them have applied the new price since late August, while some of them have adopted the revised price since October. Mature processes are up 15 to 20 per cent and advanced processes 10 per cent. Umc will also start its fourth round of price increases this quarter, averaging 10 percent in November and 15 percent for some processes.

The report also said that chip, power management IC, drive IC demand is still in the high price range, part of the product is also coming out and customers to negotiate prices. Industry insiders expect that power management IC may have been out of stock to the second half of next year, resulting in silicon-KY, Lianyong and other related enterprises in the secondary market is continuing to be optimistic.

According to the report, in the face of wafer foundry quotation continues to rise, IC design plants also launched a response. An IC design plant revealed that the first half of the price of chip products increased, mainly because of the cost of foundries and packaging. Since the second half of the year, wafer foundries have successively increased their prices, but if customers' demand for chips is too urgent, they have to adjust prices again.

As for the fourth quarter of the chip price increase, IC design industry admitted that it is still discussing with customers. In TSMC, for example, the price will rise by 20 per cent.The IC design house is considering whether to increase the prices of all categories next or only for products sold in TSMC.

Related news
Baidu AI developer conference site Li Yanhong was splashed with water
If you want to buy amd sharp dragon, you must pay attention to the memory frequency: ddr4-3200mhz, greatly improved
Watsap +27784151398 Revenge Spells to Punish Someone IN UK
TSMC says: Someone must be stockpiling
Who is really to blame for the global shortage of car chips?
Hot news this week
Lu Jian, president of linkedin China, responded to rumors of the "closure of linkedin China" by saying that the company will increase its investment in China even if it does not reduce it
Huawen: Increase IPv6 + Technology Innovation Helps my country's continued leading the next generation of Internet innovation
Lenovo refutes rumors "Liu Chuanzhi 100 million annual salary" on the entrepreneur's "stigma" when to rest?
Net-a-world Liu Chuanzhi annual pension of 100 million yuan, Lenovo Holdings dispelled rumors: serious misrepresusion
The video asked Net-a-Lago to apologize
The world's richest man, worth $1.3 trillion, has launched a homegrown game: He can't wait to play it
The United States has first released electronic cigarettes, and the fog core technology rose 15%, and what impact will 400 billion markets will meet?
Infringement of Samsung Trademark Dedicated to Shenzhen Post Office Customs seized over 100 mobile screen
Meituan engineers responded to "frequent positioning" : suggest caution in downloading some overseas privacy software
I can't play! The official solution to the bug in Chinese Paladin vii was provided
The most popular news this week
WeChat collapses! The picture has not been sent to respond: in emergency repair
WeChat's response collapsed: the sending of pictures and files failed and has been gradually restored
Tea Yan Yue color business scope of new wine sales Tencent Millet indirectly hold tea Yan Yue color
JD.co.u. auto parts app online, plus code after the car market
One million Tencent shares were traded in block trading at HK $493.825 each
September 2021 Top 10 of the world's most popular mobile gaming revenue: Original God topped the list
Apple's self-developed Mac chip is the ultimate hit: or the M1 Pro and M1 Max, major upgrades to the GPU core
Astronauts began to space code "dismantling courier": this move is too much love
The Russian court recovered approximately 2.36 million yuan to Facebook
Can you bear it? Today's Apple Wang fried new shape exposure: netizens live