180 yuan photo manuscript fee is only 10 fen! Visual China responded to the photographer with more confusion

China Vision, which was once punished by authorities for charging a fee for its image copyright, has reported that the photographer himself was only paid 10 cents for his work after his photos were sold for 180 yuan on its platform.

Recently, photographer Zhang Li posted that in the sales report of September given to him by Visual China, one of his photos was sold by VEER, a distribution platform of Visual China, named & LDquo; Shanghai Hongqiao Airport & RDquo; "Was priced at 180 yuan, but the actual price was 34 cents, and according to the 30 percent share ratio, he received only 10 cents.

Zhang Li said: “ I've been a photographer for 10 years, and a picture costs 34 cents? Is VEER's platform really that cheap? ”

Another photographer, Sun Lu, commented that he had raised the issue three years ago, but no one had listened.

Zhang Li revealed that he became a signed contributor to Visual China in 2012, and has uploaded 215 pictures. In the early years, the price of all the right to use individual pictures was as high as RMB 10,000, among which the share of three or four pieces was as high as RMB 3000-5000 per piece. In the past two years, with the subdivision of the right to use pictures, the price decreased according to different permissions. The fee for each picture ranges from 3 to 100 yuan, and occasionally a few cents. 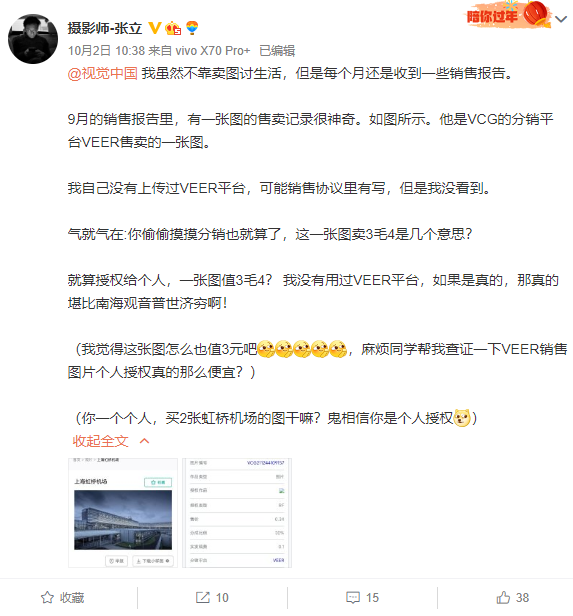 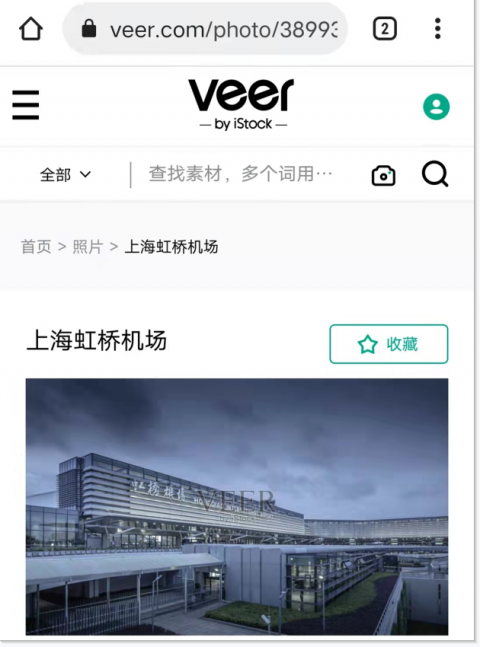 Visual China responded that Zhang received the payment from one of VEER's personal packages.

“ The individual user paid 399 yuan on April 15, 2021 for a package that can download 1000 pieces of material within a year, and downloaded two of your pictures on September 7, 2021. Sales price sharing is strictly in accordance with the signed contributor agreement without error. ”

At the same time, VCG admitted that the sales information provided to the contributor was not perfect and did not specify specific package information in detail, which led to misunderstanding. 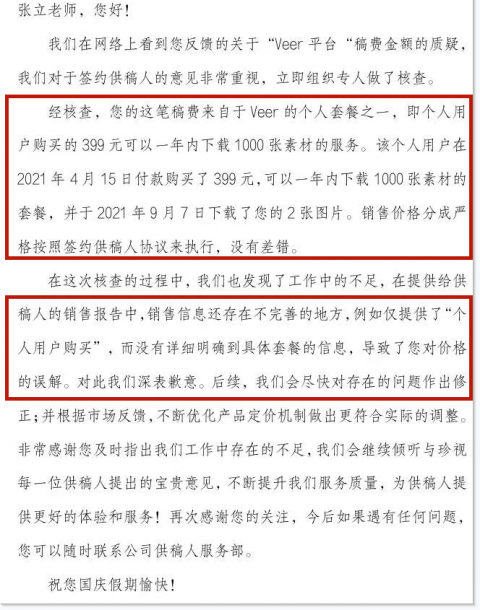 But Zhang said this was not consistent with the package information provided earlier. Before the staff and I docking, said that 199 yuan download 500 copies of the service. .

What he found particularly hard to understand was whether the individual user had already downloaded 1,000 images, just six months after April 2021. “ If there were, it would be less than 4 cents per sheet at the average price. .

He hoped that visual China would issue a sales contract with legal effect on the sales of each picture in the future sales report to prove that the sales commission was truthfully issued.

Currently, VEER offers three personal packages: five images per year for 49 yuan, 30 for 199 yuan, and 150 for 399 yuan, which conflicts with Vischina's response.

Related news
Semicon China: Huawei and Exxon bring semiconductor intelligent quality inspection and measurement solutions
Glory high-tech products help team China's national team set out to show China's business card to the world
180 yuan photo manuscript fee is only 10 fen! Visual China responded to the photographer with more confusion
Hot news this week
Huawen: Increase IPv6 + Technology Innovation Helps my country's continued leading the next generation of Internet innovation
Lu Jian, president of linkedin China, responded to rumors of the "closure of linkedin China" by saying that the company will increase its investment in China even if it does not reduce it
Lenovo refutes rumors "Liu Chuanzhi 100 million annual salary" on the entrepreneur's "stigma" when to rest?
Net-a-world Liu Chuanzhi annual pension of 100 million yuan, Lenovo Holdings dispelled rumors: serious misrepresusion
The video asked Net-a-Lago to apologize
The world's richest man, worth $1.3 trillion, has launched a homegrown game: He can't wait to play it
The United States has first released electronic cigarettes, and the fog core technology rose 15%, and what impact will 400 billion markets will meet?
Infringement of Samsung Trademark Dedicated to Shenzhen Post Office Customs seized over 100 mobile screen
Meituan engineers responded to "frequent positioning" : suggest caution in downloading some overseas privacy software
I can't play! The official solution to the bug in Chinese Paladin vii was provided
The most popular news this week
WeChat collapses! The picture has not been sent to respond: in emergency repair
WeChat's response collapsed: the sending of pictures and files failed and has been gradually restored
Tea Yan Yue color business scope of new wine sales Tencent Millet indirectly hold tea Yan Yue color
JD.co.u. auto parts app online, plus code after the car market
One million Tencent shares were traded in block trading at HK $493.825 each
September 2021 Top 10 of the world's most popular mobile gaming revenue: Original God topped the list
Apple's self-developed Mac chip is the ultimate hit: or the M1 Pro and M1 Max, major upgrades to the GPU core
Astronauts began to space code "dismantling courier": this move is too much love
The Russian court recovered approximately 2.36 million yuan to Facebook
Can you bear it? Today's Apple Wang fried new shape exposure: netizens live