Ten thousand yuan of folding phone warranty more difficult! Samsung will rely on the system logs to determine whether it is artificial

Samsung's Galaxy Z Flip 3 series has attracted a lot of attention as one of this year's rare clamshell flagship models. This generation, Samsung also adopted a new ultra-thin flexible glass process, greatly improving the life and look and feel of the folding screen. Even if the screen does break under special circumstances, Samsung has provided an official warranty to reassure users.

However, according to foreign media reports,Samsung recently significantly raised the bar for screen warranties。Engineers will try to read the acceleration information in the phone's logs to determine whether the screen fell when it cracked, which can be used as evidence of human damage to deny warranty claims。

Already, some Galaxy Z Flip 3 owners have shared stories of receiving or being denied free repairs under warranty. One Galaxy Z Flip 3 user reported that Samsung eventually agreed to fix the phone under warranty, even though engineers determined that the device had been dropped three times, the last time 10 hours before the screen cracked. Because warranty claims are issued within 14 days of purchase, the official attitude is more relaxed. But not everyone will be as lucky.

In general,If you happen to own a Galaxy Z Flip 3, don't make the habit of leaving your phone on the couch or mattress. While this behavior won't cause damage to your phone, the recorded information may cause future warranty problems. 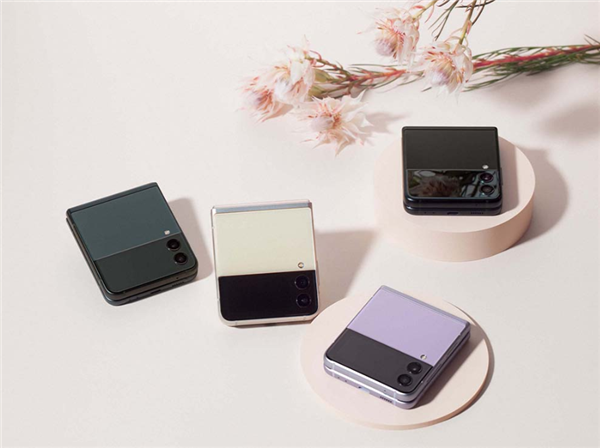 Related news
Sai Rui launched a new Sensei Ten game mouse for $69.99
Hot news this week
Huawen: Increase IPv6 + Technology Innovation Helps my country's continued leading the next generation of Internet innovation
Lu Jian, president of linkedin China, responded to rumors of the "closure of linkedin China" by saying that the company will increase its investment in China even if it does not reduce it
Lenovo refutes rumors "Liu Chuanzhi 100 million annual salary" on the entrepreneur's "stigma" when to rest?
Net-a-world Liu Chuanzhi annual pension of 100 million yuan, Lenovo Holdings dispelled rumors: serious misrepresusion
The video asked Net-a-Lago to apologize
Straight screen party Gospel! Black Shark flagship game mobile phone is coming: Liu Hai has a surprise
The world's richest man, worth $1.3 trillion, has launched a homegrown game: He can't wait to play it
The United States has first released electronic cigarettes, and the fog core technology rose 15%, and what impact will 400 billion markets will meet?
Infringement of Samsung Trademark Dedicated to Shenzhen Post Office Customs seized over 100 mobile screen
Meituan engineers responded to "frequent positioning" : suggest caution in downloading some overseas privacy software
The most popular news this week
JD.co.u. auto parts app online, plus code after the car market
One million Tencent shares were traded in block trading at HK $493.825 each
September 2021 Top 10 of the world's most popular mobile gaming revenue: Original God topped the list
Apple's self-developed Mac chip is the ultimate hit: or the M1 Pro and M1 Max, major upgrades to the GPU core
Astronauts began to space code "dismantling courier": this move is too much love
The Russian court recovered approximately 2.36 million yuan to Facebook
Can you bear it? Today's Apple Wang fried new shape exposure: netizens live
It took Apple four years to fix the B-station UP master made it: the ultimate sci-fi board
"Beijing understands" Internet hit the most beautiful profile male revealed: the spirit of people admire
To account 500 yuan was cheated 30,000 alipay cash scam frequency now