Tesla recently raised the U.S. price of Model 3/Y on its official website, raising the price of some versions by $1,000.

Industry insiders pointed out that the rising cost of manufacturing new energy vehicles, leading to some car companies sales price adjustment. In terms of raw materials, the market is currently in short supply, and prices are likely to continue to climb in the future.

Tesla is up again

The U.S. price of the Tesla Model 3/Y is reported to have risen, but remains the same in Canada. It is reported that the Model 3 standard battery version and high-performance version each raised the price of $1000, the long-range version did not increase the price; 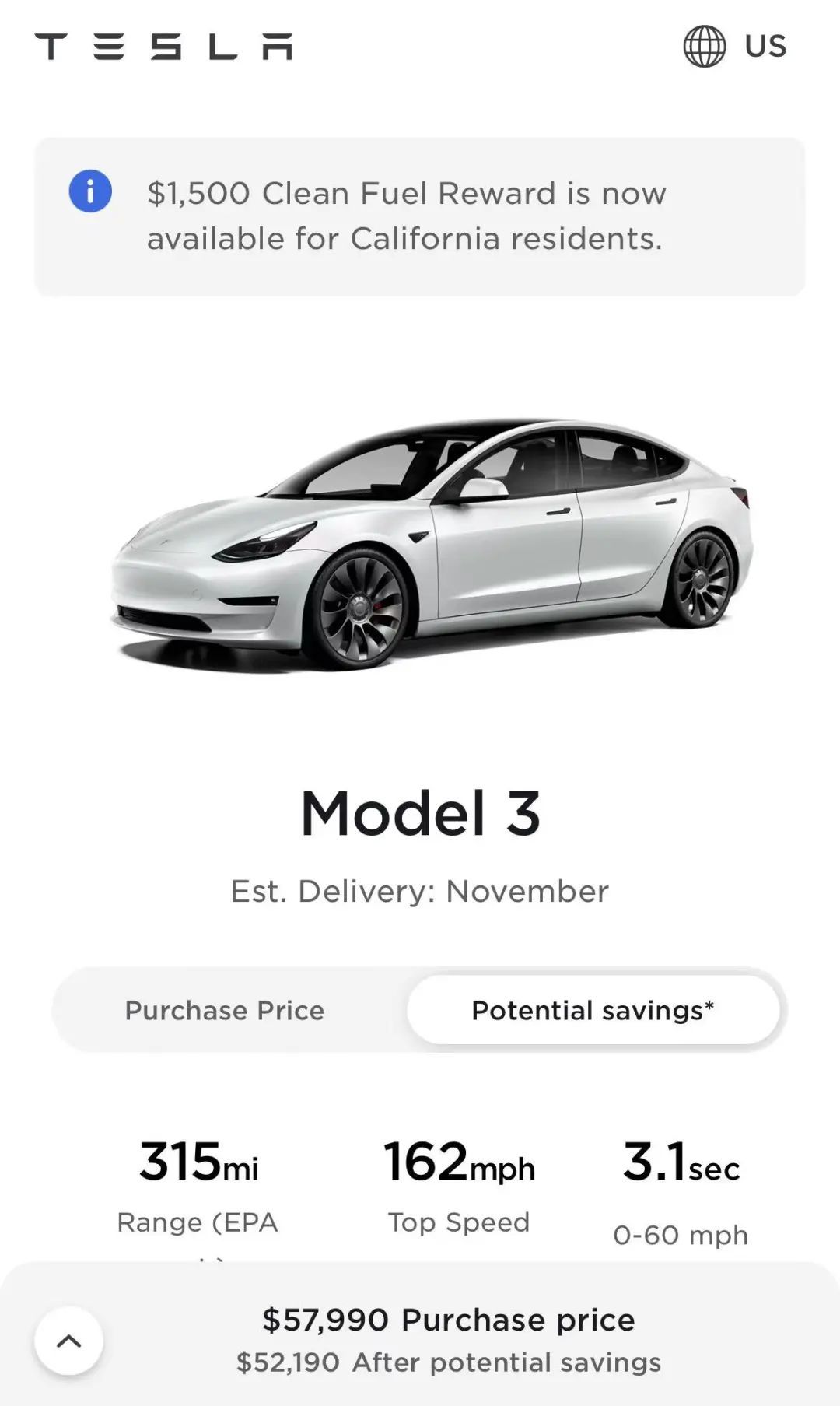 Earlier, some Tesla models raised prices, but also affected the Chinese market. On August 4th Tesla's China website showed that the price of the Model S long-range version had been raised to Rmb859.99m from Rmb829.99m. Model X's long-range model price was adjusted to 909.99 million yuan, a price increase of 30,000 yuan. Tesla said the adjustment was a global one.

On July 16, the price of the Model S long-haul version was adjusted from $799.99 million to $829.99 million, an increase of $30,000. Tesla CEO Elon Musk said the main reason for Tesla's price increases was supply chain pressure and rising raw material costs across the industry.

Musk revealed in his earnings call in July that Tesla's battery composition will change in the future, using two-thirds of lithium iron phosphate batteries and one-third of nickel batteries. Data show that the current cost of lithium phosphate route is 0.6 yuan / Wh, lower than the three-way battery 0.85 yuan / Wh. Tesla's medium- and long-term strategic goal is reported to be to keep costs down, with the Ningde era cutting into Tesla's supply chain with lithium-phosphate batteries.

Industry insiders point out that battery system is the highest cost of new energy vehicles, the proportion of nearly 40%. The rising price of power battery raw materials is one of the reasons for the price increase of car companies.

Industry insiders believe that the fourth quarter as the climate cools, salt lake production will be reduced, which will make the supply of battery raw materials more tight. Towards the end of the month, downstream materials factories into the procurement of replenishment, procurement volume increased, transaction prices may continue to climb.

China Post Securities pointed out that the current global new energy vehicle market is in a resonant upward stage, penetration rate continued to improve, driving the lithium battery industry chain to maintain a high business climate. The industry is in a pattern of strong downstream demand and tight upstream production capacity, and the price of the industrial chain will maintain a strong pattern.

In addition, the "chip shortage" continues. According to data released by the China Automobile Circulation Association, the auto dealer inventory warning index stood at 50.9 percent in September 2021, close to the rong dry line and in the recession zone. Some car chip prices have been inflated, and some companies have even increased their prices by as much as 4,543%.

FAW Group Research and Development Institute Vice President Li Dan told China Securities News reporter, some chip companies in the domestic agents are very chaotic, some chips are hyped, hoarding strange do not know where to go, to the development of the industry has brought difficulties.

According to the China Automobile Circulation Association, the current peak of the car chip gap has passed, the future supply of chips will slowly increase, but transmission to car terminal sales will take 3-5 months.