Apple A15 performance detailed testing: an indicator comparable to AMD Rayon 9! Android has no taillights

The iPhone 13 series and the sixth-generation iPad Mini all feature Apple's latest A15 SoC.

Although it has a taste of toothpaste compared with its predecessor A14, it still has a deep foundation and top-notch strength. It has also been extensively tested by AnandTech. 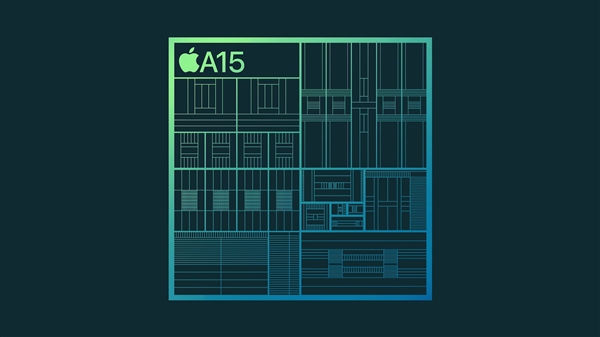 A brief introduction to A15 architecture

The CPU,The large core microarchitecture is virtually unchanged from the A14, at least in terms of throughput and latency on the back end.

There are more small core changes, such as integer ALUs going from 3 to 4, and TLB upgrades for the cache subsystem. 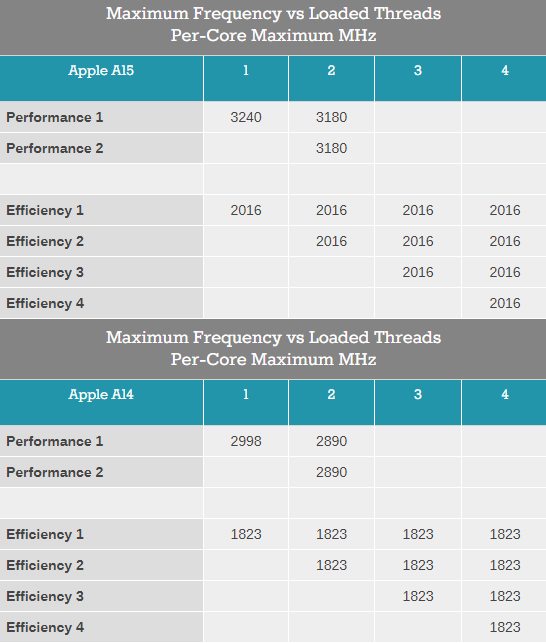 Operation frequency is comprehensively improved, single large core can reach the highest3240MHz, 242MHz higher than A14, and two large cores in parallel3180MHz, increased 290MHz, small nuclei are the highest2016MHz, increased by 193MHz.

A15 manufacturing process is TSMC 5nm, guess it should be the enhanced version of N5P, also contribute to the frequency increase. 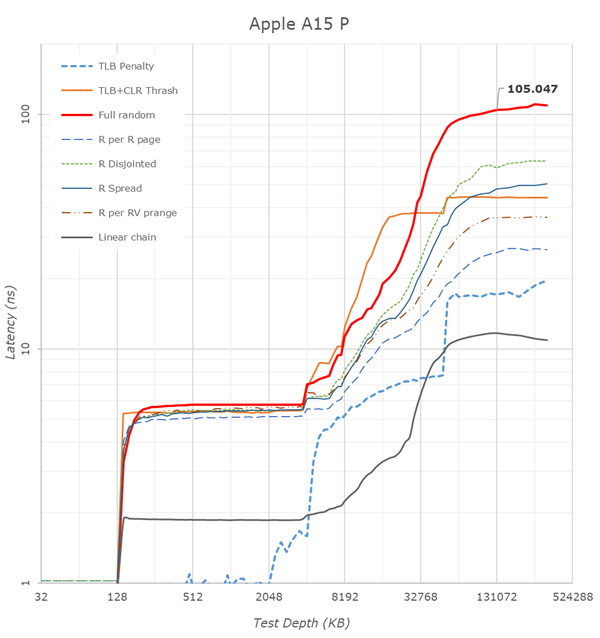 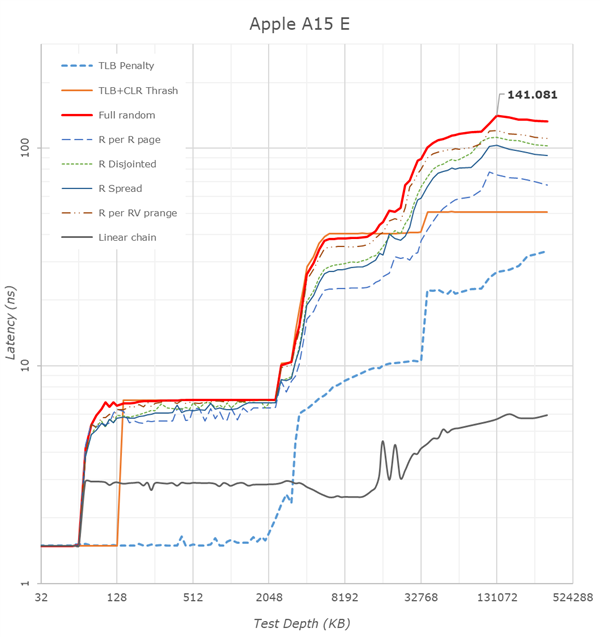 The system cache was doubled from 16MB on the A13/A14 to 32MB, with the large core level 2 cache halved from 8MB to 12MBThat's larger than the total cache of other soCs like the Snapdragon 888 and on par with the Apple M1, but only serving two cores instead of four.

The small core level 2 cache remains at 4MB, but with TLB.

Related news
The latest news of iPhone 13: the first A15 processor and Apple's reduced bangs
Early run data exposure of Apple A15 chip: almost no improvement in multi-core performance
Apple first squeeze toothpaste! A15 chip run exposure: only one digit increase
According to the news, TSMC has begun to produce A15 processor for iPhone 13: more than last year
Apple A15 processor run point exposure: GPU performance is 44% higher than A14
Leading Android flagship two generations? Apple A15 chip base running score
AnandTech test: The A15 chip is faster than Apple officials claim
Apple A15 performance detailed testing: an indicator comparable to AMD Rayon 9! Android has no taillights
A15 is still silent! iPhone 13, Samsung S22 performance comparison: miserable
Why is IP14 still used the A15 chip? Industry insiders: Android machines are too weak
Hot news this week
The new rules of Internet popover will be implemented on September 30, and the chaos of "bully screen advertising" is expected to be eradicated
Google is shutting down its Stadia cloud gaming project, with the developers involved saying they had no knowledge of the plans
Brother sent a mobile phone to pay 200 yuan to pay the owner to the police: money is not scraped by the wind
IPhone6 officially "retired", its series sold 250 million units, second-hand purchase price is now as low as 100 yuan......
Mate 50 Kunlun version is in short supply! Huawei additional production capacity: October supply can improve
After a lapse of 28 years, the Chinese women's basketball team won the World Cup runner -up Li Meng's T -shirt on fire
Woman addicted to 'A Sheep' husband worried about being cheated to report for help: official confession
Apple responds to the iPhone accident monitoring cannot be triggered 100%: no minimum requirements are met
Meituan Wang Xing: Chinese auto companies will definitely win, "NIO, Huawei, ideal" will replace BBA to occupy the high-end market
Google Cloud gaming platform Stadia will close, with the underlying technology or focus on the toB business
The most popular news this week
WIN11 has a biggest rollover for the first time! Microsoft admits that the performance of large files in version 22H2 declines
It proves why Einstein's wrong science has won the Nobel Prize for more than 40 years? Too few people know
Intel Viper Canyon NUC national bank shelves: first hand price 9999 yuan
The king of mobile chips is laying off 20% of its headquarters
High -tech warm temperature+5 degrees Netease strict coffee carbon kent underwear 104 yuan
Bi Huawei Mate 50 Pro expensive IP14 Plus Tomorrow: 60Hz screen sells nearly 10,000 yuan
Girls walk to play mobile phone hit telephone pole forehead bulge: hope friends learn a lesson
The Snapdragon 8 Gen2 flagship of the Year is here! The standard battery may not even be 4000mAh
Boot up is the new high-end flagship of Android 13 first look: performance is crushed by iP14
Are you enough? Microsoft announced that all compatible users can upgrade win11 2022