IT House October 7 News Recently, EAC Intelligence announced that it is working with the Spanish National Police to explore potential applications of autonomous aircraft in the field of emergency and safety. 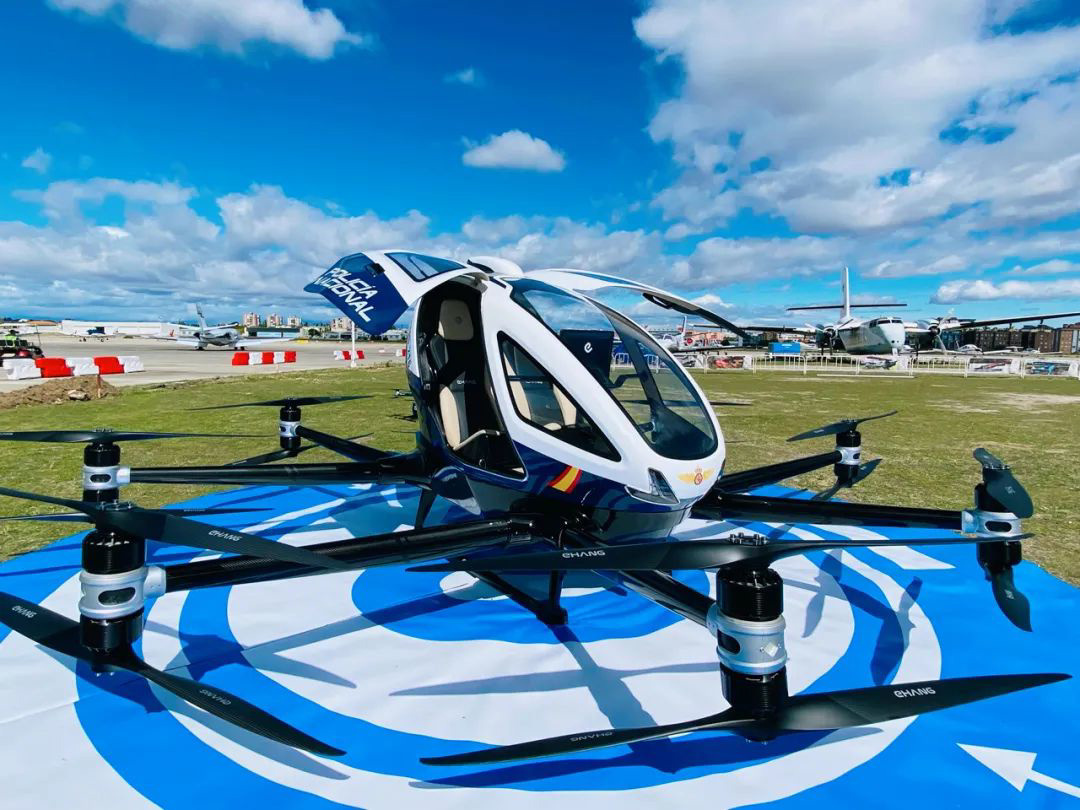 Earlier, at the Global Air Traffic Management Conference, the EHANG 216, an intelligent manned autonomous vehicle, made its public debut in Spain and was exhibited at Madrid's Cuatro Vientos airport.

IT House understands that EAC is working with the Spanish National Police to apply self-driving aircraft to rescue, patrol and other emergency situations.

According to reports, the Spanish National Police and the University of Technology valencia, the United Airlines Intelligence, will be flight testing and application of case studies to demonstrate the best use of self-driving aircraft technology.

"We believe that self-driving aircraft technology can help us with emergency and safety tasks such as firefighting, access to contaminated areas with radiation, bacterial or chemical risks, landing in closed areas, transportation of materials and other police services that may require flexibility," the SNP said. ”