In these six hours of the Facebook, the public opinion was inherent. What happened to cause so large-scale failure? In many guess, there are accounts in the overseas social platform, such as the overseas social platform, and this is all the "masterpieces" called Sun Jisu, 13-year-old Chinese hacker, and the account uploaded the so-called Sun Jisu Photo. 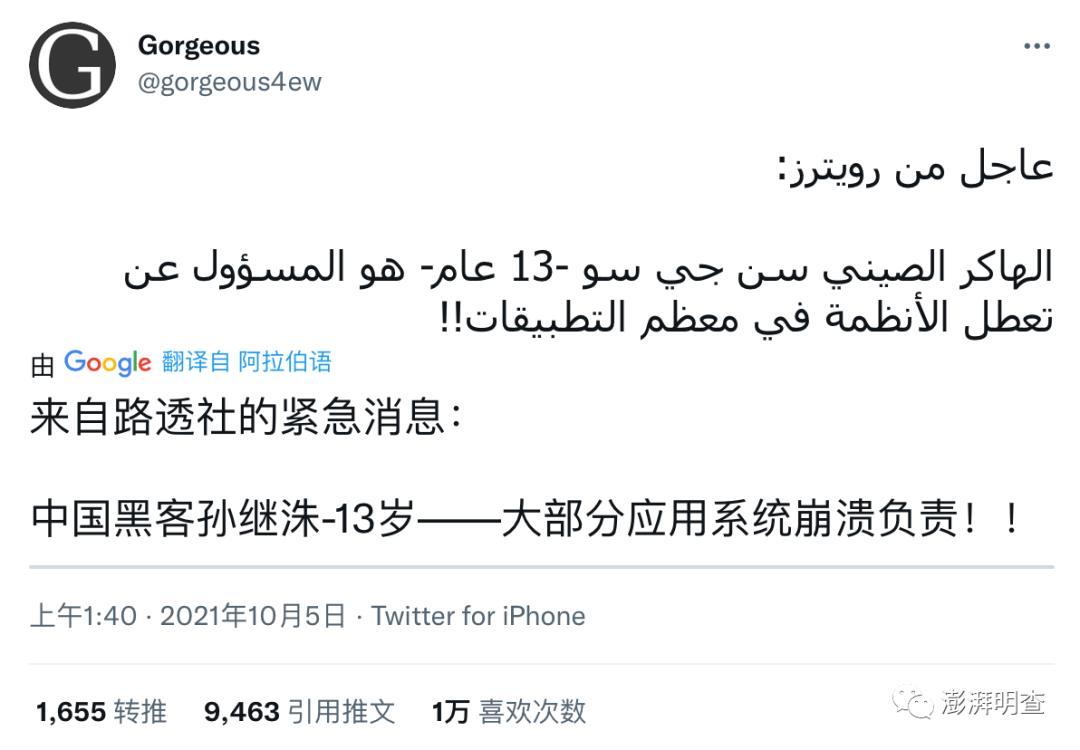 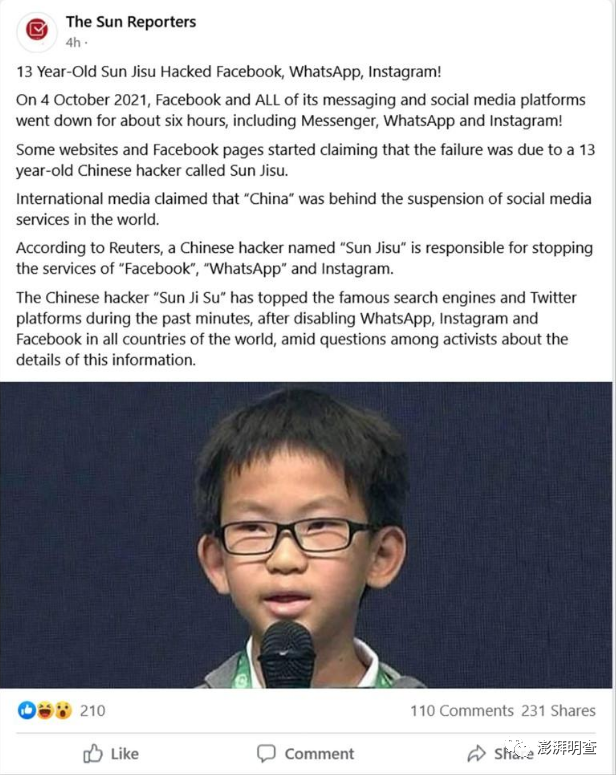 After verification, Reuters and other foreign professional media have been reported from not published, "13-year-old Chinese hacker capture Facebook" said that there are also many Asian netizens in foreign social media, said that Sun Jisu said that it sounds more Like a Korean.

So, what is the little boy on the photo?

By searching for the website tineye, the photo can be found, as early as 2014, this "small hacker" has a lot of movement, but his name is not Sun Jisu, but called Wang Zhengyang. 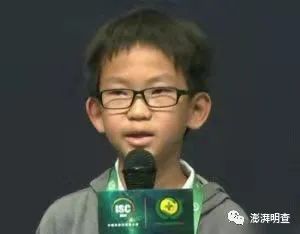 Wang Zhengyang, 12 years old, is reading in Tsinghua University, although the age is still small, but it is very interested in programming, and has learned a nearly five-year network security technology.

On April 27, 2014, the establishment ceremony of Beijing Network Security Education Base was held at 360 corporate headquarters, and Wang Zhengyang submitted a security vulnerability in the 360 company's website. At that time, 360 companies were still on the official Weibo. I praised him.

At the 2nd Internet Security Conference held in September of the same year, Wang Zhengyang was also invited to attend and shared their own growth experience. According to the on-site picture of the at the time, the ISC word and 360 company icon on the microphone, the "13-year-old Chinese Little Hacker Sun JISU" is the scene of Wang Zhengyang at this conference.

At that time, the relevant reports have attracted public attention in China. Wang Zhengyang is also known as "China's smallest hacker", "Daily Mail" also reported this "hacking prodig" in October 2014. Today, Wang Zhengyang has also reached around 20 years old. Although it faded out the public's vision, it is clear that there is still his legend on the rivers and lakes. 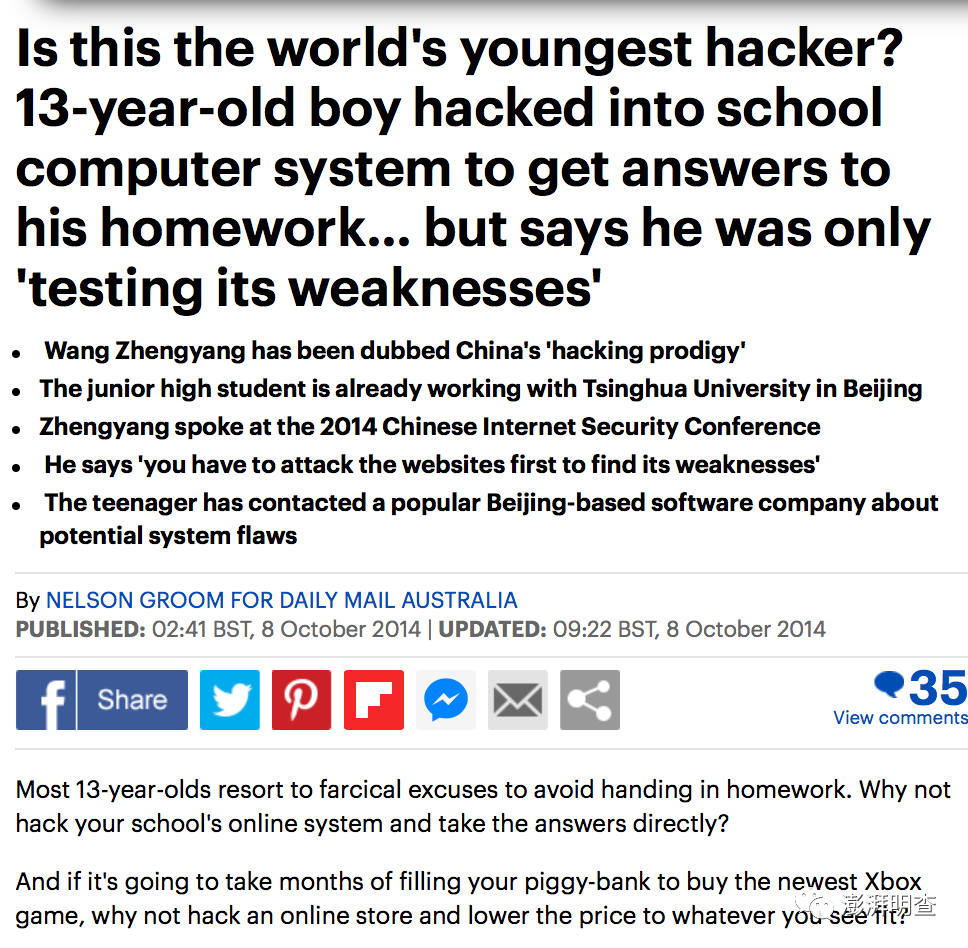 Sun Jisu checked no such person, Wang Zhengyang has grown up, that is why causes the face book to last for nearly 6 hours?

After the service recovery on October 4, Santosh Janardhan, vice president of the Facebook's infrastructure, said that the root of this fault lies in a routine maintenance work. This instruction causes the DNS server to configure the fault, cut off the network connection between the Facebook backbone network and the data center. 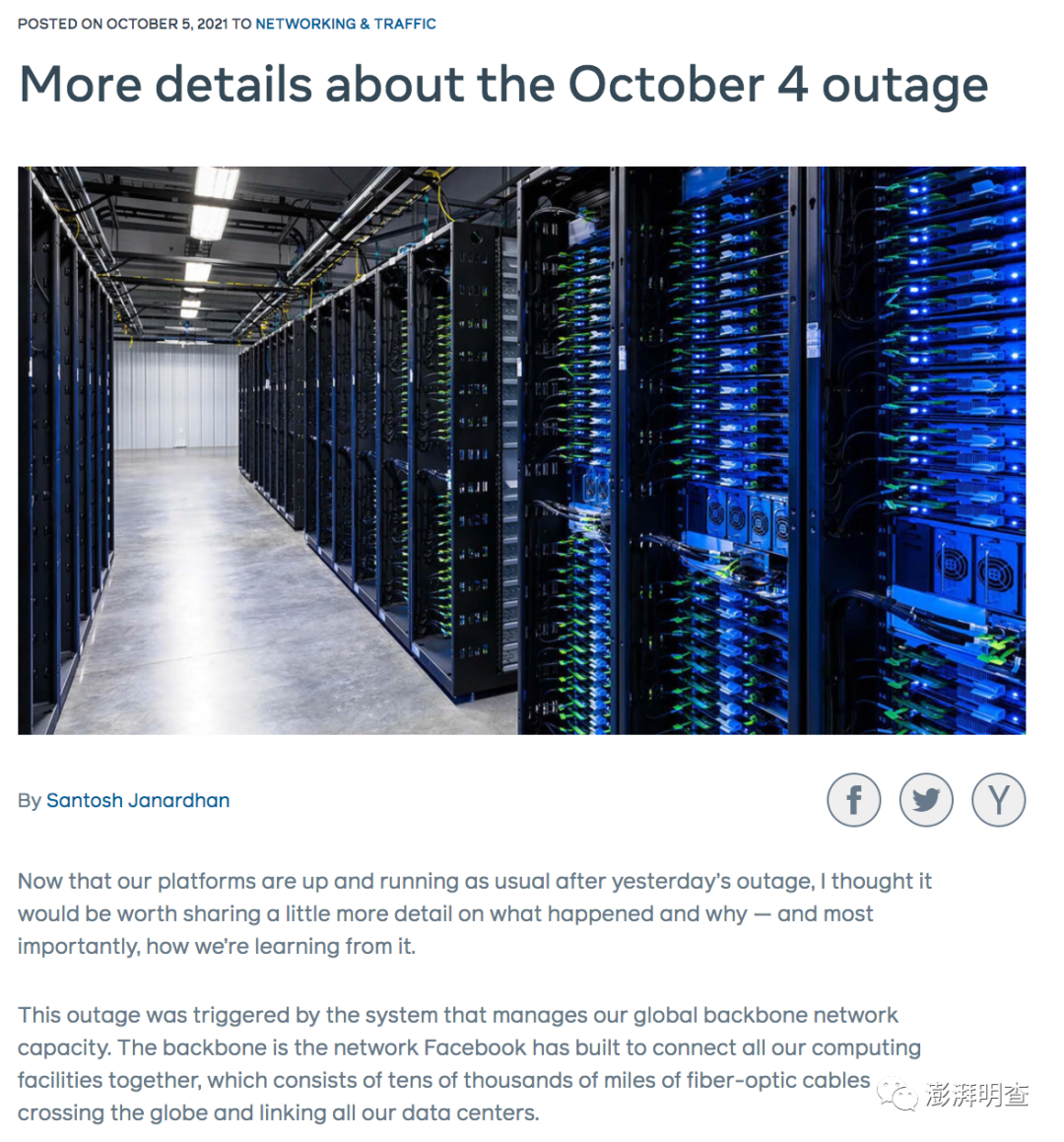 As for the boiled hacker attack, Facebook also clarified and nothing in the statement. Reuters also quoted the official statement of Facebook in one report on the 6th, this downtime is caused by the company's internal server failure, and there is no so-called hacker attack.