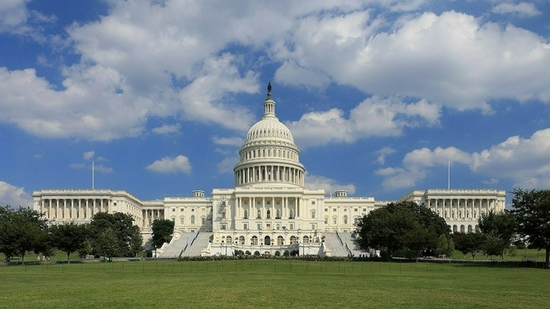 The BATTLE between the US government and tech giants such as Apple, Facebook and Google could last for years, as restricting the activities of these multinationals is likely to go slowly, according to reports.

Frances Haugen, the whistleblower at Facebook, took a more aggressive attack on big tech last week, making the case for more careful oversight of the industry's very top. However, regulating these companies will be a long battle, with many obstacles along the way.

Senator Richard Blumenthal called Mr. Hogan's case a "Big Tobacco moment," prompting Congress to focus on regulations that could affect Facebook and beyond. The New York Times argued that removing some protections for tech companies should be considered in order to punish hate speech amplification, increase disclosure of data use and algorithms, and even create a new federal agency to do so.

However, tech companies have deep pockets that allow them to fund large lobbies and nudge lawmakers in their favor. There are already signs of this: many privacy legislation has failed to get a vote in Congress because of such lobbying.

Take Apple, which on September 1st was revealed to have spent $4.1 billion lobbying European Union bodies to resist antitrust scrutiny.

Meanwhile, a survey released on September 8 also revealed that Apple is "actively" lobbying to influence opinion in many states and avoid the App Store being hit by new legislation.

He noted that it had been more than 50 years since the first study revealing the dangers of cigarettes was published, and about a decade after whistleblower disclosed similar internal documents before the government introduced meaningful regulation. Mr Brandt suspects that the tech industry is also unlikely to face too much regulation in the short term.

"Facebook and other tech companies will be regulated, but I doubt there will be a successful regulatory path any time soon."

Democrats and Republicans also differ on how to deal with the rhetoric of tech platforms, with different concerns about misinformation, privacy and censorship that could also hamper progress. There are similar problems with the use of regulation, as the two parties hold different views on competition and disagree on whether regulation should have been used in the first place.

Blumentha sees the Facebook leak as important in part because he prosecuted big tobacco as Connecticut attorney general in the 1990s. "It's sobering to see all the strategy documents that tobacco companies have created to reach high school students come out of nowhere." He said.

"It felt like I could just rearrange the text and replace it all with tobacco." The difference between tech companies and big tobacco, he adds, is that they have broad legal protections that make it difficult for us state attorneys-general to take legal action against them as they did 30 years ago.

Mr Blumenthal expects the pace of change to be slow and that "the real battleground is not in the courts".