Sixty dollars for five sugar cookies? Someone once ordered 8000 "Squid Game" of the same style ponkan sold out on Taobao 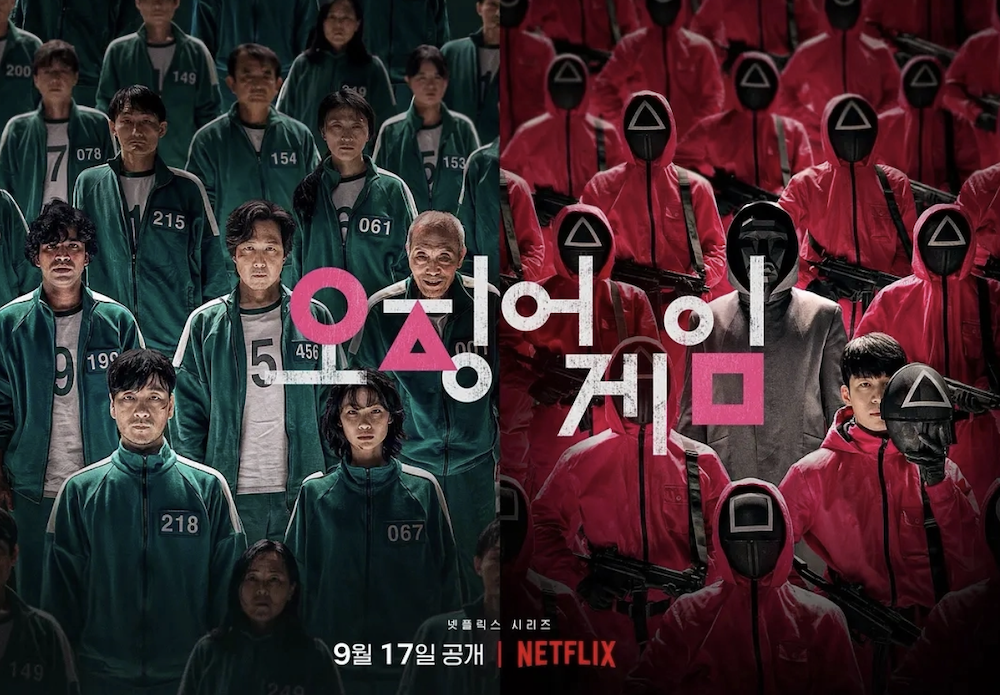 Poster for The Squid Game

The Squid Game is a Korean drama produced by Netflix. It tells the story of six traditional children's games in which hundreds of people who are suffering from life and death participate for the prize money of 45.6 billion won (about 245 million yuan).

Relying on the description of people's realistic situation, the conflict between childhood games and bloody violence, and the content of exploring human nature, this drama became popular on the whole network. Six games, including "One, two and Three Wooden People", "ponkan", "tug of war", and "Playing pinball", which ran through the whole drama, also attracted young people all over the world.

For example, the second level of the play, "Ponkan". Competitors had to risk being shot to completely buckle the pattern on ponkan. According to media reports, Mr. An, who made sugar for the original crew, can sell more than 500 pieces of ponkan, the same kind of squid game, every day on the streets of South Korea and has not returned home for a week.

Taobao shopkeeper: some people order 8000 at a time, order today to wait 20 days

As a matter of fact, ponkan, the same style of the drama, is also popular in China, not only in Korea.

"1:1 restore squid game" "99% restore squid game" "Squid game with the same sugar cake"... Searching keywords of "ponkan" on Taobao platform, the results showed that all of them were "same squid game". Many merchants also marked keywords such as "spot second hair", "super thin" and "new craft" on conspicuous position of products to attract consumers to buy. 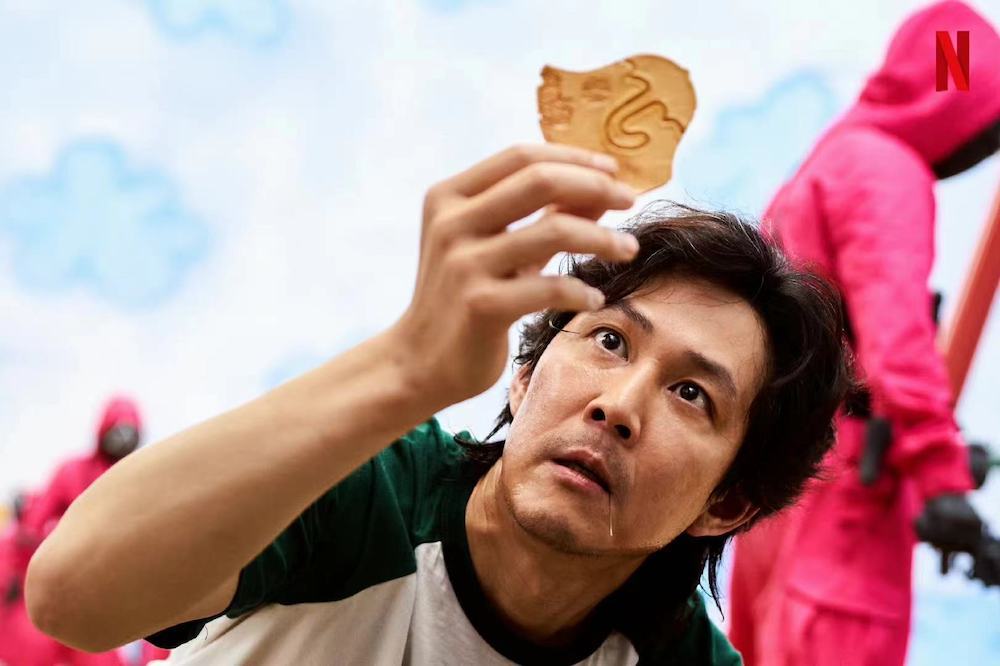 Time Finance found that since squid Game was released on September 17, taobao merchants launched more than 10,000 ponkan products in less than a month. In order to restore the size, thickness, color and shape of sugar cake in the drama, the ponkan products have been improved a new round of technology.

When consumers complained that the purchased ponkan was not as described by merchants in the comment section, some merchants replied, "Currently, the technology has been improved, and products made with new technology can be redistributed to customers."

Time Finance found that taobao's ponkan products are not cheap. A single box of candy cakes (containing a candy cake, a round iron box and a needle) costs 12.54 yuan for a store that sold more than 10,000 units that month, while a five-pack of custom boxes costs 61.2 yuan. 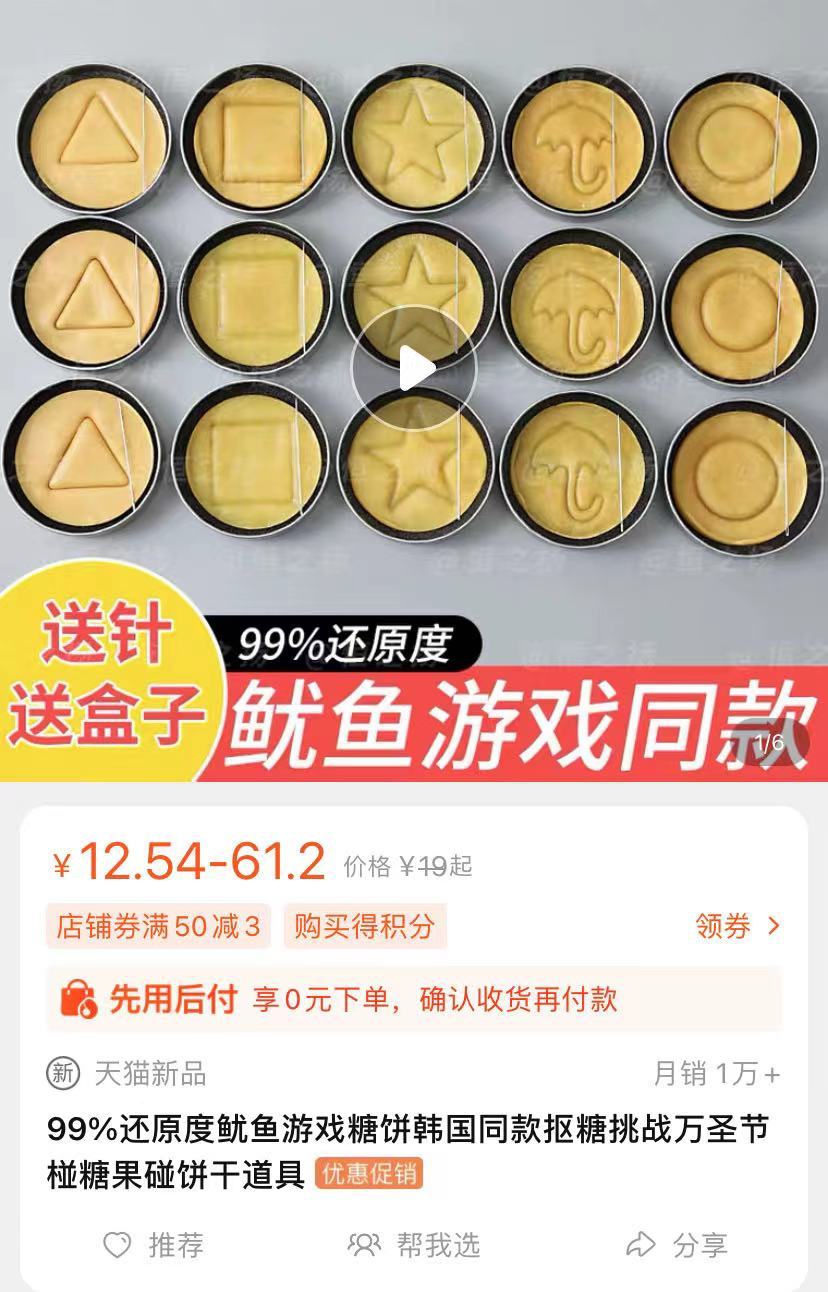 According to the experience shared by several food bloggers, the raw materials of ponkan sugar cake only need right amount of sugar and baking soda, and the cost of round tin box and needle is very low.

But it is such a high premium product, taobao also appeared out of stock. Some of the higher-volume stores only take pre-orders, which can take as long as four days to ship. Some merchants directly said in the product description that "orders are not accepted for the time being", and the customer service of the shop responded that the products ordered today would be delivered 20 days later.

When asked about the reason, the customer service told Times Finance that because of the high restore degree of their products, a customer ordered 8000 sugar cakes at a time, we need to deliver the 8000 sugar cakes first to avoid the accumulation of orders, "wait and place the order, the end of this will resume normal delivery." 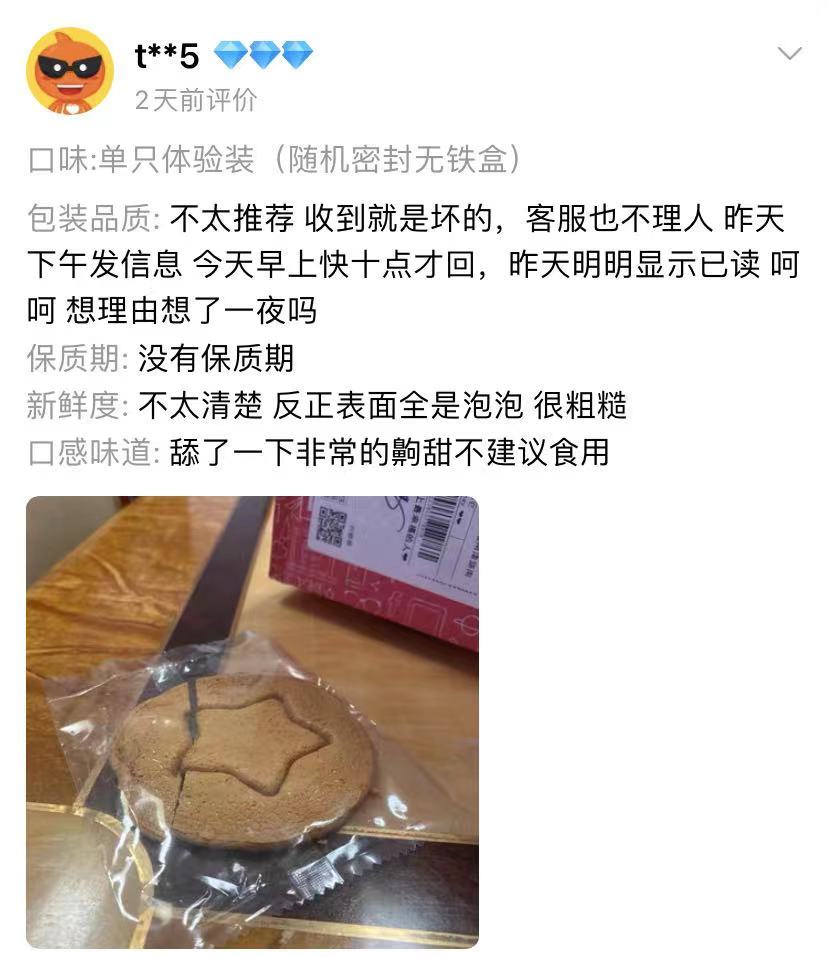 However, time Finance found that most consumers lacked production information about ponkan products. According to the product description, most of ponkan products were labeled as "pure handmade". Time Finance asked about their food production qualifications, and some of them replied "factory direct sales", but did not want to reveal the specific manufacturers.

"It is in the context of the Internet, which is dominated by short videos, that the show is so famous. Douyin and Kuaikuai can read a lot of memes about the drama." Erli (pseudonym), a senior at a university in Hebei, finished watching the Squid Game at the end of September.

Erli said: "It seems funny to see the hero licking candy. I wonder why he does it. Ponkan belongs to the memorable 'stalk' in this drama and has high circulation."

As Squid Game became popular, Erli found that "ponkan" was trending on weibo and Douyin platforms, and many people around knew about ponkan even though they had not watched the whole series. She and her bestie took a fancy to ponkan sugar business. "I saw the method of making ponkan sugar on the Internet and found it was easy to make, with simple raw materials and low cost. College students wanted to earn some money and enjoy the popularity."

Their business is mainly aimed at students on campus. One piece of candy in an ordinary transparent bag costs 4 yuan, three sweets cost 10 yuan, and a blind iron box like the one in the squid Game costs 5 yuan. Erli said that the price is to ask a lot of friends around the acceptance of the final hammered out.

Ponkan was heated and melted with granulated sugar, mixed with baking soda, then flattened and pressed, and stamped with mold mark. Erli told Times Finance that when making sugar cakes, there will be a certain loss, not careful will burn, such sugar cakes do not.

Erli and her bestie originally agreed to cook for 20 days. Now, four days after opening, they have sold nearly 200 sugar cakes, already recouping their profits.

"I suddenly want to switch to Taobao." Two pears told The Times finance, the school internal audience is limited, two pears feel that recently bought some less people, but to see taobao on peng sugar sales huge demand, she is ready to discuss with her bestie whether to switch to Taobao.