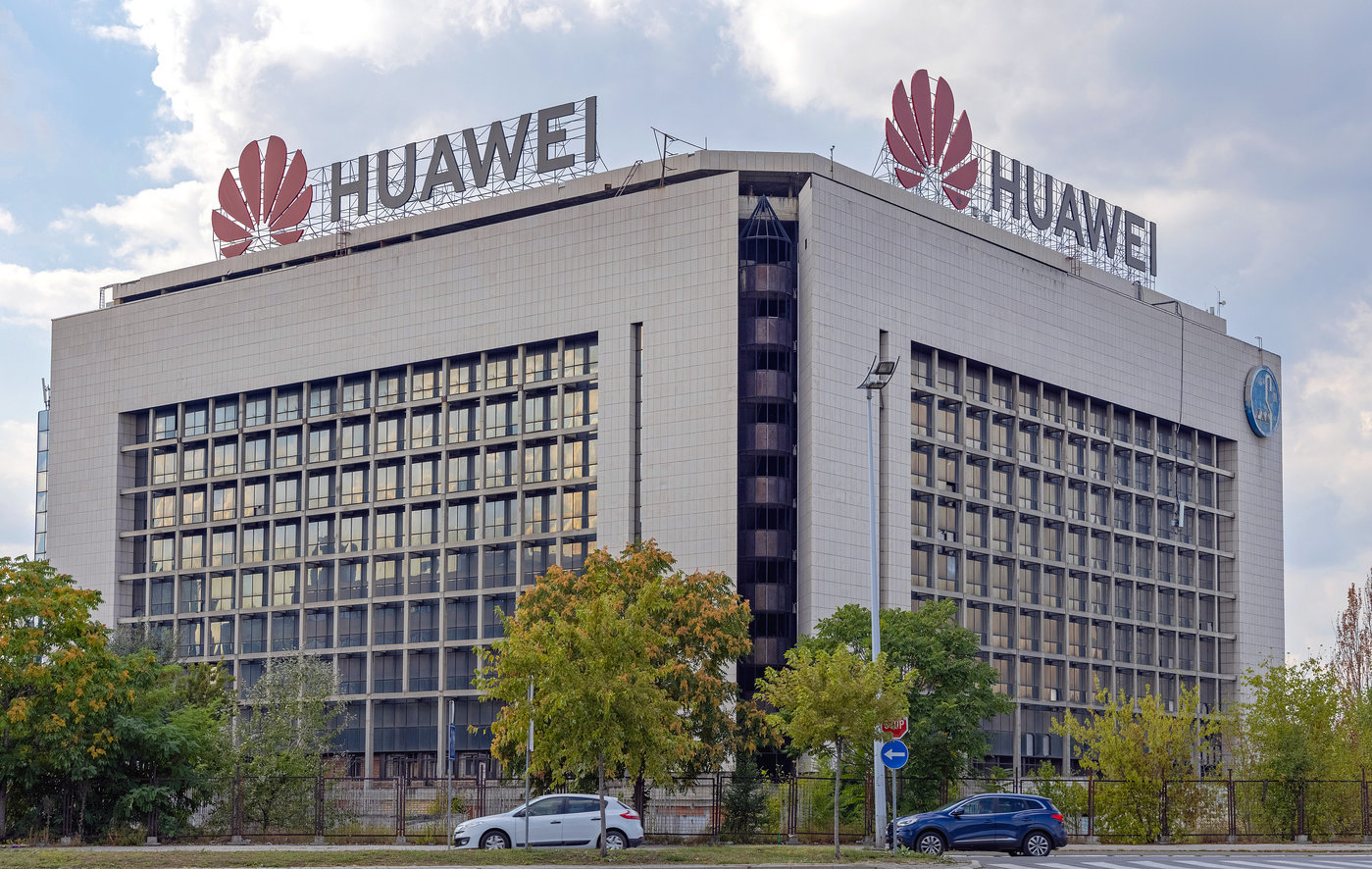 The heads of the four newly established "army corps" have been selected through an open internal competition, and Ren Zhengfei has issued an order for the appointment of "military commander".

Yang Yougui is the CEO of data Center Energy "Corps". He used to be the president of Global Marketing and Sales Service Department of Huawei Digital Energy Co., LTD., and the President of Huawei Middle East Region department. He worked for BG, huawei's operator.

Chen Guoguang served as the CEO of smart PHOTOVOLTAIC "Corps" and was the chief operating officer of Huawei Digital Energy Technology Co., LTD. In April 2020, He took over huawei smart photovoltaic business from Xu Yingtong, president of Centerm computing business;

Xun Xun served as the CEO of customs and Port "Corps" and the president of HUAWEI BG Digital and Technical Service Department. He led Huawei's digital transformation solutions to implement smart transportation, smart city and other fields, forming complete solutions and core capabilities

Ma Yue is the CEO of Smart Road "Corps" and the former vice president of Huawei BG. He has made many speeches on BG ecological cooperation and other aspects.

This is the first time in huawei's 35-year history that there is a corporate organization, which is not marked in the internal structure. It is reported that the group is on the same level as Huawei's three business operators BG, Enterprise BG and Consumer BG.

Why did Huawei set up four "army corps" at one go? What are the reasons behind the intense movements? How will the Legion fight?

What is the meaning of four more "legions"?

It is understood that Huawei "Corps" organization is personally developed and supervised by Huawei founder Ren Zhengfei, who also appreciates the "Corps" mode of operation.

When will the Legion be formed? Ren Zhengfei, founder and CEO of Huawei, said in an interview with Xinhua News Agency in February, "Huawei's previous communication network was mainly connected to millions of households, providing access to billions of people. However, in the 5G era, the main objects of connection are enterprises, such as airports, ports, coal mines, steel, automobile manufacturing, aircraft manufacturing... .Whether or not to do "legion", mainly depends on whether scientists need to be included in the forefront of the battle team, if necessary, the legion mode, if not, the matrix business module mode.”

Obviously, in Huawei's view, customs ports, smart roads, data centers, intelligent photovoltaic and other fields have met the conditions for the establishment of "corps".

In addition, the trade war between China and the US has put Huawei under great pressure in production and operation. Huawei's enterprise business grew 23 percent to 100.3 billion yuan in its 2020 financial results, while its carrier business and consumer business revenue grew less than 4 percent. The consumer business, which used to account for half of revenues, has slumped.

Since 2011, Huawei has officially entered into government and enterprise industries, and we have seen many innovations in huawei products and solutions in smart city, safe city, finance, energy, transportation, manufacturing and other industries. Corporate revenue made up some of the loss from consumer, but at 11 per cent, it was still not enough.

As we all know, Huawei is a company with Wolf culture. Ren Zhengfei also said in an interview, "Now we just want to work hard and try to find the chance to survive. Coal mines are opportunities. So many coal mines will generate hundreds of billions of dollars of value. Hundreds of billions of dollars will feed many people."Thus, it can be seen that survival and "wide accumulation of food" are huawei's top priority at present。

Now, the establishment of the five industry corps means that huawei will enter various vertical industries such as coal, electric power and highway, from the bottom technology to industrial solutions, "exploring the sky, roots down", and then "accumulate food".

Ten years of investment in research and development, 105,000 researchers

Huawei has undergone many changes in 34 years since its foundation in 1987, but its investment in RESEARCH and development continues to increase.

According to the2021According to the list of 500 private enterprises invested in R&D,Alibaba, Tencent, Geely and Baidu invested 134.7 billion yuan in R&D, less than Huawei alone.

Meanwhile, Huawei has 105,000 r&d personnel, accounting for 53.4 percent of the company's total workforce. Earlier, Huawei CEO Ren Zhengfei said in an interview with the media that Huawei now has more than 20,000 scientists, engineers and experts around the world. Even though Spring Festival is a traditional Chinese holiday, these researchers are still working overtime. This has also brought a more rapid growth rate for Huawei's new technology development.

In terms of patents, Huawei holds the largest number of 5G patents in the world, with a total of 3,147 5G patents currently in its possession. According to data released by the World Intellectual Property Organization recently, the number of patent applications filed by China surpassed that of the United States for the first time. Among them, Huawei occupies the champion position in the number of patent applications in the Chinese market. In order to expand its achievements in network construction, Huawei will continue to increase its investment in R&D. Huawei expects to spend more than $20 billion on research this year.

At the same time, Huawei is always on the lookout for talented people. In July 2019, Ren Zhengfei issued an email to the president's office, announcing the implementation of the annual salary system for the eight "gifted children" in that year. The highest salary range is 1.82 million to 2.01 million yuan, followed by 1.405 million to 1.565 million yuan, and the third highest range is 896,000 to 1.08 million yuan. In the three years since the launch of Huawei's Genius Program, 17 "gifted children" have been recruited.

On September 28, ren zhengfei, according to the latest articles company in the survival and development of strategic key period, huawei should further emancipate the mind, dare to open mind to attract the best people in the world, to take the initiative to embrace different country, different ethnic talents, strengthen the access to and use of the professional and interdisciplinary, enhance innovation capacity, huawei in the future to win, You have to hire someone better than you.

Related news
The new HUAWEI MateBook E is coming with the support of Luan 850 platform.
Huawei Pay into Hangzhou, release mobile version of Hangzhou Tong, pay by car to add new options
Huawei to launch Huawei card digital credit card
Disassembly report: Huawei WiFi 3
Meta Company slams Facebook to change the name in the open letter
Alibaba Forms Smart Service Company Lingyang
Hot news this week
Alibaba launched a new cross-border e-commerce platform in Spain, aiming to operate independently in the middle and high-end market
It's not just Huawei! Beidou has penetrated more than 20 industries and applied more than 15.5 million products
The appearance of Xiaomi's mini console is revealed for the first time: an all-metal body with a strong apple smell
Guo Ming ð «  creates: apple MR head or extended to the second half of next year, mass production shipment is less than 5
Apple is recruiting neurorendering research scientists to create immersive experiences for AR/VR products
Breaking the spell of "Android 3 year must card", the new Breguet mobile phone will be sold for the first time tomorrow: from RMB3499
When pure water is used in China team to solve the problem of seawater hydrogen production: it is expected to become an original industry
Manufacturers like Samsung and Xiaomi have been affected. Google has revealed a dangerous flaw that threatens millions of Android devices
The United States, the most powerful chip designer, now has a crisis: it is shooting itself in the foot
Be careful with your phone for a long time! The aunt played with her mobile phone so much that her fingers got stuck
The most popular news this week
Standard iP14! This is the no-miss flagship Mi 13 Series: a big upgrade compared to 12/12S
You know what? Looking at your phone while driving is the equivalent of driving blind for about 50 meters, which is extremely dangerous
The United States has approved the first fecal transplant to treat disease by transplanting someone else's feces
Amazon has withdrawn a new offer from its retail division, cutting off new employees who were due to start early next year
Apple has delayed the launch of Apple Pay in South Korea due to a local censorship clause
Dalitsu, a lens supplier for Apple's iPhone 14, reported revenue of NT $5.231 billion in November, up 20 percent from a year earlier
Apple is considering making some iPad models In India
An international first! The experiment of space culture of complete life cycle of rice was completed
Musk's brain-computer interface company Neuralink was revealed to be the subject of a US federal investigation, just four days after releasing a timetable for human trials
Microsoft said the acquisition of Activision Blizzard would help the game industry innovate