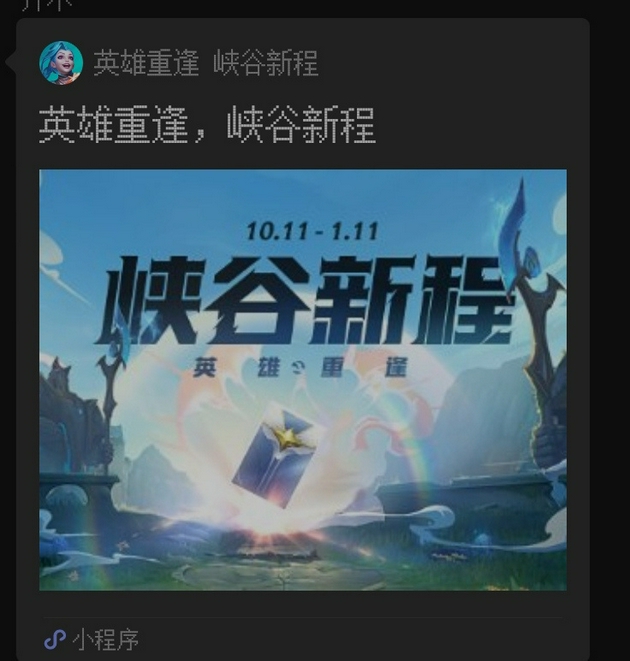 Previously, according to the information released by the WeChat public platform, there are too many times the current small program page share, which is complained, and cannot be viewed for the time being.

IT Home Search "League League Mobile Tour" applet and view, the relevant content is not displayed normally, and prompts, the room does not exist. 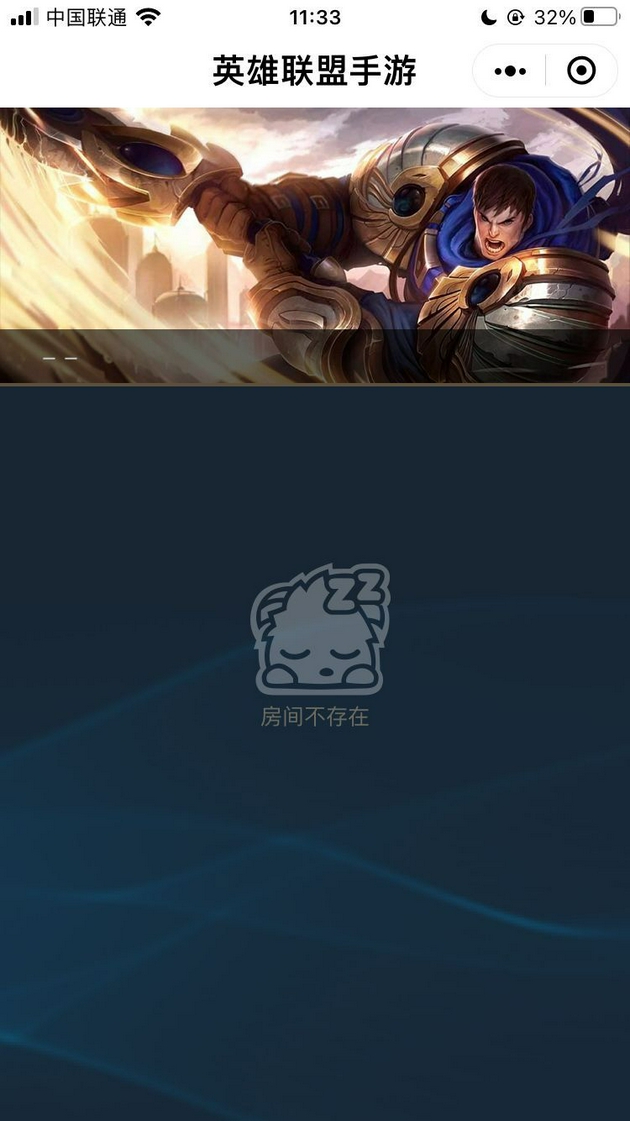 After the "League of Legends" applets are masked, "Heroes Reunion, Canyon New Tasting" sharing free access to the skin hero has been changed to a link form. 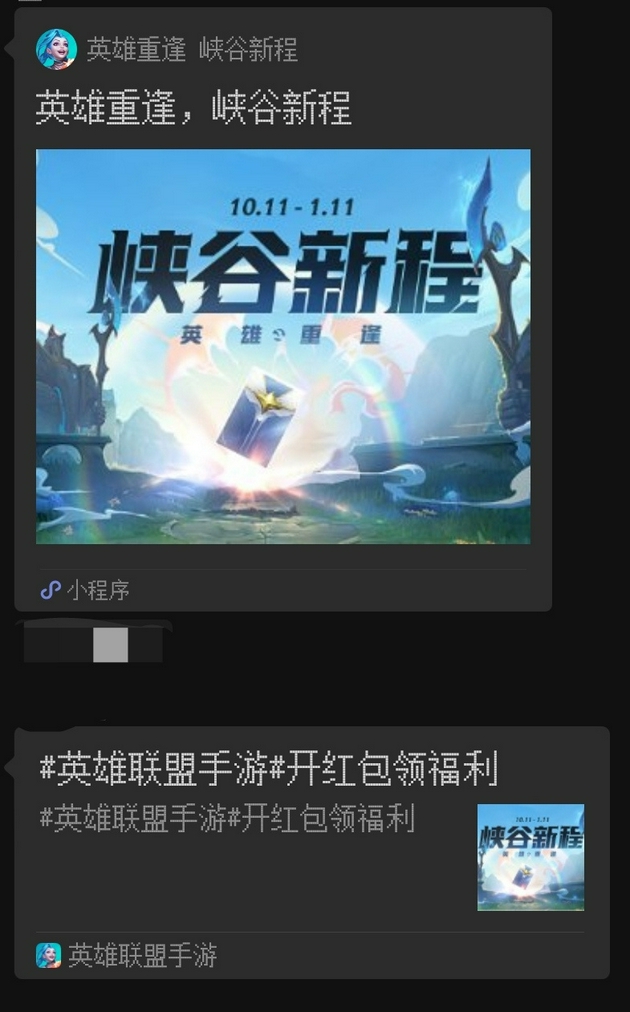 On October 8th, "League of Legends" officially announced that the unlimited number does not delete the file test officially opened. 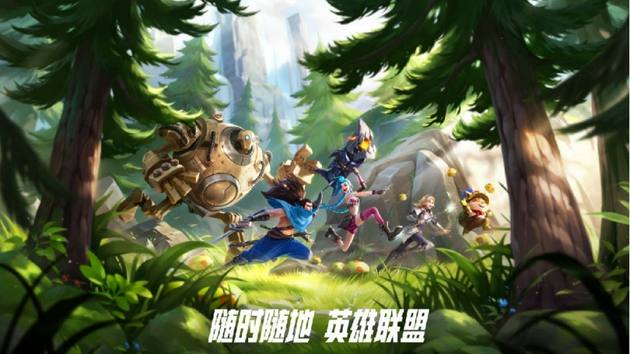 At the same time, the code "Gold" limited test has ended, and the activities during the test will also be launched. This version cannot be directly upgraded to the test version without deleting the file, and the player needs to uninstall the "Gold" limited test client and re-download the latest client. "League of Legends" open download, download channels include "Heroes League Mobile Tour" official website (https://lolm.qq.com), handheld League of Legends, major game centers or app stores.

Related news
EA plans to bring the popular game "Apex Legends" to iOS
Tencent releases Q1 financial report: revenue 135.3 billion yuan, wechat / wechat monthly life 1.24 billion yuan
There are too many complaints, Tencent WeChat official shields "League of Legends Mobile Tour" small program sharing activities
"League of Legends" series of global monthly active users is more than 200 million! Official: still growing
Hot news this week
With the NIL technology, Canon wants to provide China with a lithography machine comparable to the EUV
Genius hacker Geohot promised Musk 12 weeks to fix Twitter search, but posted for help because he wouldn't react
Google's parent company is planning to cut tens of thousands of jobs
The Long March 9 is basically confirmed: the low-orbit carrying capacity of 150 tons can carry the entire space station into space
A small plane in the US has crashed into a 30-metre high voltage power line and got stuck: 80,000 people affected
Alibaba launched a new cross-border e-commerce platform in Spain, aiming to operate independently in the middle and high-end market
Google is concerned that Microsoft's acquisition of Activision Blizzard will affect the ChromeOS experience
Can recording others' wechat chat records be used as evidence? The Beijing Internet Court has an answer
The second generation Snapdragon 8 flagship! Mi 13 toughened film appeared: four sides and other narrow screen accounted for a stable ratio
A Tesla crashed into two cars in Taizhou, Zhejiang province, killing two and injuring one, police said
The most popular news this week
Eggs don't fit in one basket: Some of the Snapdragon 8 Gen2 is manufactured by Samsung
128 core 256 threads! AMD Zen4c is here: Arm is cornered
Breaking the spell of "Android 3 year must card", the new Breguet mobile phone will be sold for the first time tomorrow: from RMB3499
Be careful with your phone for a long time! The aunt played with her mobile phone so much that her fingers got stuck
More conscientious than Google, the OnePlus promises a 4-year upgrade: Android 17 beckons
What do Chinese teenagers do online? It's comforting to be third and first in gaming
Tmall sought 500 million yuan in loans from ofo affiliates and Dai Wei
Tencent Holdings: bought back 36,200 shares at a total cost of HK $10.606 million
Tuniu's third-quarter revenue fell 32% from a year earlier to 7,790 yuan
Xiaomi 13 press conference new product summary: In addition to the phone there is a monster new