The child's listing is 336%, "Retail Dawang" is always in highlights, Tencent earned 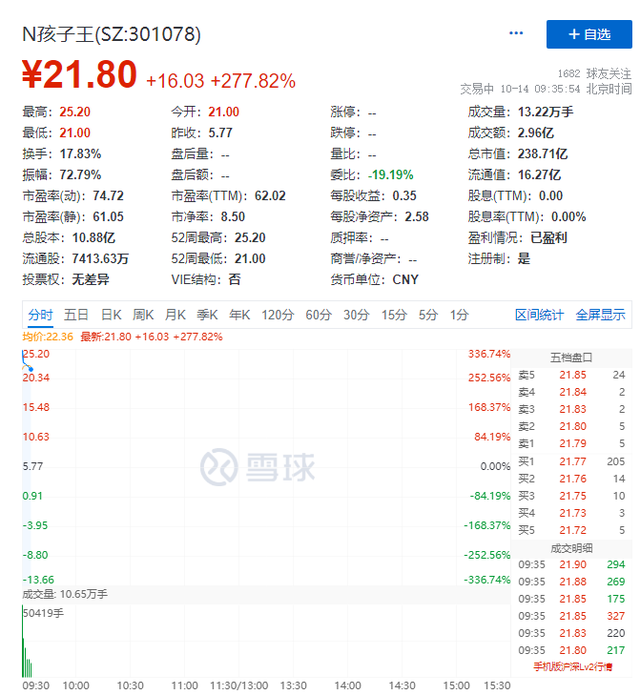 The announcement shows that the child Wang was established in 2012, the retail and value-added services of the main mother baby commodities, the legal representative Xu Weihong. The public offering price is 5.77 yuan.

After this release, the company's total share capital is 1.088 billion shares, including 74.136 million shares, accounting for 6.81% of the total share capital after the issuance, and the company's listing is less, there is a risk of insufficient liquidity. The net raised funds was 556 million yuan, and the shareholders of the previous company did not transfer the shares.

In terms of shareholders, after this release, Jiangsu Bosda holds a shares of children 25.51, a consistent actor of the company's holding shareholder, Jiangsu Bosda, Nanjing Qianquan holds 11.75% and 4.36% respectively, Therefore, Jiangsu Bosa reached a 41.62% shares.

Ai Finance and Society learned that Tencent Mobility, Tencent Holdings is the ninth shareholder of the stock, with a share of 29,372,800 shares, accounting for 2.69%.