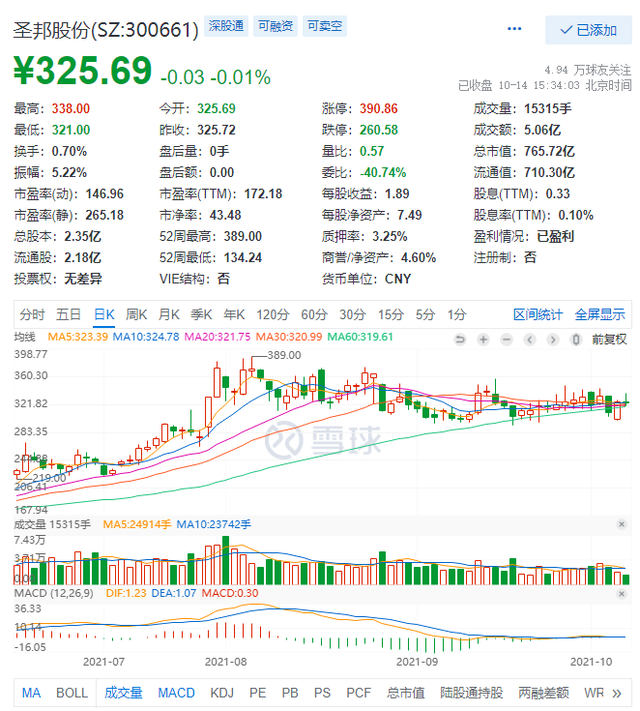 On the evening of October 14, domestic analog chip leader Shengbang shares released the third quarter of 2021 earnings forecast. The third quarter net profit attributable to shareholders of listed companies was 163-199 million yuan, an increase of 60-95% compared with 102 million yuan in the same period last year, the forecast said.

In the first three quarters, Shengbang's net profit attributable to shareholders of listed companies was 424 million to 460 million yuan, a 105%-122% increase compared with 207 million yuan in the same period last year.

It is estimated that the impact of non-recurring gains and losses on net profit in the first three quarters will be about 39.7 million yuan, mainly from equity transfer gains, wealth management gains and government subsidies.

In the secondary market, Shengbang shares fell into a "consolidation" state after surging at the beginning of the year and reaching a record high of 389 yuan/share in early August. As of press time, Shengbang shares at 325.69 yuan/share, the total market value of 76.6 billion yuan.