The dark universe is like seeing death, says the 90-year-old astronaut

After an 11-minute journey into space, the Blue Origin spacecraft touched down in the Texas desert. Shatner climbed out of the ship, excited,Immediately partnered with Blue Origin founder Jeff & Middot; Jeff Bezos shared his feelings. 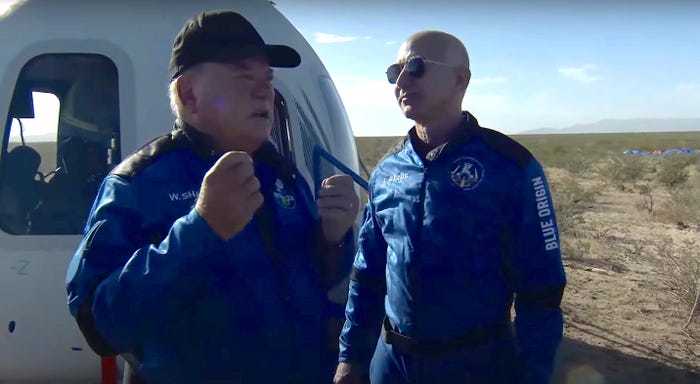 "You gave me the most profound experience. I'm so emotional about what I just went through. It's an experience like no other, "Shatner said through tears." I wish I could stay in that moment forever and keep this feeling and not want to lose it."

"It's bigger than me and life, and I'm not talking about little green men... But the evilness, the speed, the suddenness of life and death."

"You stare into the darkness, the black ugliness. When you look down, you see blue on the bottom and darkness on the top. There is mother Earth and comfort. Is that death? I don't know. Is it death? Is that what death is all about? It was such an emotional experience." 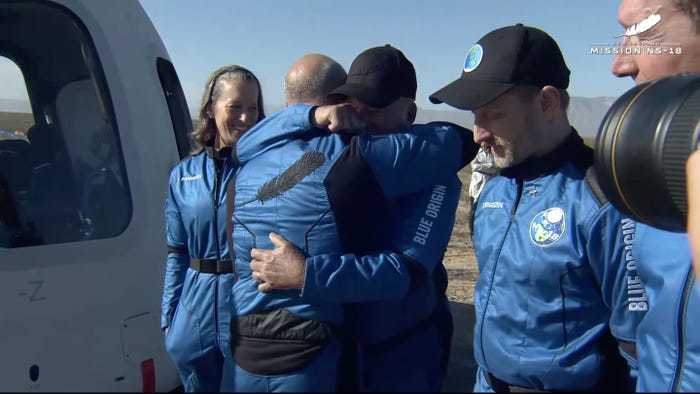 Many astronauts who have seen Earth from space have described a sense of awe, of solidarity with other humans and an awareness of the planet's fragility. Experts call this feeling the "overview effect."

"I don't know where to start -- I want to convey as much danger as possible, that moment when you see the fragility of everything. It's too small. The air that sustains us is thinner than your skin. That's a thin sheet. In the vastness of the universe, it is immeasurably small. Such air is negligible. Mars doesn't have that kind of air, "he said." It's just too thin."

Mr. Bezos interjected that the ship sped through the atmosphere, "and then you're in the dark."

"In death! Shatner replied, "Life here, death there. In that instant, you feel 'oh, this is death'. That's what I see."

"Everyone on the planet should experience it once," Shatner says. "Everyone needs to see it." (Author/Xiao Yu)

Related news
Five new languages support for seoing AI application of Microsoft IOS
THANK YOU SO MUCH THE MIRACLE SPELL TEMPLE
DR. Murugu IS THE BEST SPELL CASTER ONLINE WHO RESTORED MY B
Hot news this week
13-year-old Chinese hacker capture a big Bune APP 3.5 billion users were sentenced: official response
Huawei applies for "Daxie" trademark, which has been applied for trademarks such as Cangli, Pangu, Luban, Hongyi
20 new e-commerce platform enterprises released the "China's new e-commerce industry healthy development initiative"
Buy chips on the black market at 800 times the price? Ideal Car denied that it had previously been exposed to a shortage of radar chips
Market Supervision Bureau: Improve the standardization of e-commerce main body
Director of the State Post Office: China will achieve the establishment of village express direct investment within three years
Is the card slow after upgrading Win11? Win11 has performance issues: Teach you to fix them
More than 550 suspects have been arrested after police cracked down on a gang known as "Ditui", which maliciously registered and sold online accounts
Huawen: Increase IPv6 + Technology Innovation Helps my country's continued leading the next generation of Internet innovation
Net-a-world Liu Chuanzhi annual pension of 100 million yuan, Lenovo Holdings dispelled rumors: serious misrepresusion
The most popular news this week
Tencent announced that it will set up a "personal information protection external supervision committee"
Douyin has cracked down on violent online comments, punishing nearly 300,000 accounts since April
Tesla: 10 new supercharge stations and 66 supercharged piles on the line this week
The epidemic is still serious: the United States announced that this is the condition.
Cool! Red Devil 6S Pro launched aerospace commemorative set: science and technology pull full
What did the three astronauts bring on their space trips? First official reveal
Is Amazon's penalty of 746 million euros for China by the EU to collect user data?
Wang Xiaochuan unloaded Sogou CEO Tencent PCG established "information platform and service line"
Apple warns of upcoming tax and price changes for App and in-app purchases
Volkswagen platform! Skoda