Lenovo's small new Pad Pro 12.6 is released next month: the 120Hz high brush is equipped with a new system

On the evening of October 14th, Lenovo's new official announced thatThe new Pad Pro 12.6-inch will be officially released in November, when it will be equipped with the ZUI13 system.

Based on previous exposure, the tablet will feature a Samsung E4 light-emitting AMOLED screen with a resolution of 2560-times;1600, a refresh rate of 120Hz, a sample rate of 360Hz, and a peak brightness of 600nit.

In addition, this screen supports HDR10 Plus and Dolby Vision. The screen is certified 2.0 by the German Rhine T-Uuml;V Global Eye Protection, which supports DC dimming. 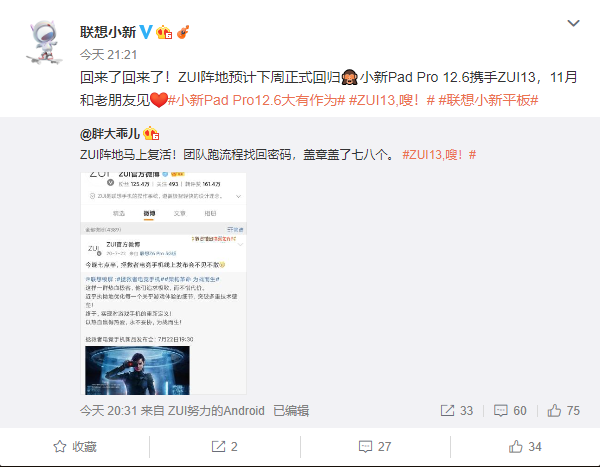 The side is designed with a right-angle mid-frame design, back metal, rear double camera and a flash, as well as a magnetic suction interface with keyboard and stylus support.

The 12.6-inch version has a larger screen, high brush support and higher brightness than the new 11.5-inch version of the NewPad Pro, released in May. The resolutions are the same, both 2560-times;1600, which is very delicate for the screen.

In terms of configuration, the small newPad Pro 12.6-inch is expected to be powered by a Qualcomm Dragon 870 octa-core processor, with LDDDR5 memory plus UFS 3.1 flash memory, and the battery should be above 8600mAh. 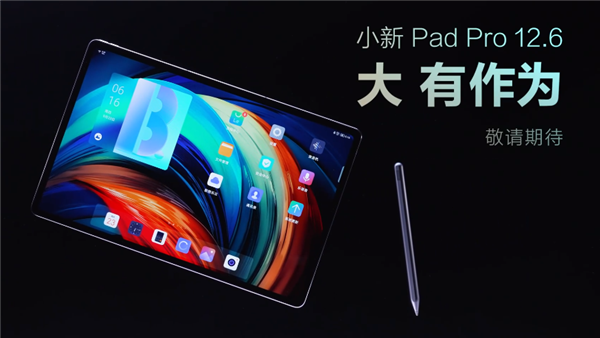