Intel today released the Alder Lake 12 Core developer documentation detailing the architectural configuration of the next generation of processors, and the optimization of the size-core hybrid architecture.

In other words, the mobile version will have up to six large cores, but all models will have small cores, and the core is three times larger than the desktop version.

On the other handOEMs can decide for themselves whether to block small cores, not shown in the BIOS, this time you are free to turn on the AVX-512.

Intel also confirmed that the 12th generation of Core will be a full coverage of desktop, notebook, ultrabook, flip, two-in-one and other different product form areas, the corresponding models from the fourth quarter of this year began to release. 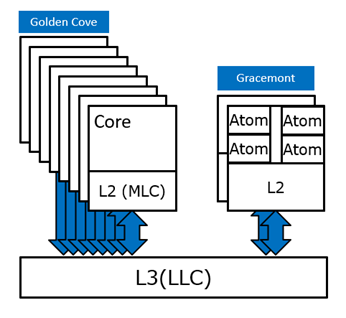 Intel gives three levels of optimization of size and nuclear scheduling efficiency that are of most concern to everyone.

One is that there is no optimization.

The software itself, or the developer, does not consider the size of the nuclear allocation at all.Based entirely on Intel ITD feedback and algorithms, the Windows System Scheduler intelligently allocates threads and dynamically distributes load.

In most cases, they can do well, but in some cases they may assign critical tasks to small cores or non-critical tasks to large cores, especially those that use multiple middleware components and schedule threads on their own.

The second is Good Optimization.

The software has certain settings that can take advantage of hybrid architectures, but there is no targeted full rewrite.

At this point, the priority load is assigned to the large core and the task system is scheduled according to the number of large cores and the maximum number of threads required for the load to ensure load balance.

There is also thread priority, QoS API, to ensure that the load is given to the right core, such as games, rendering assigned to large cores, background threads to small cores, and so on.

The third is Best.

One is a pool of priority threads, facing the large core, performing tasks that require a large core or are assigned to a large core.

The other is a pool of secondary threads, facing small cores, performing non-critical tasks such as shader compilation, audio mixing, push streaming, and decompression.

To further optimize the system and increase load balancing,Developers also need to deploy task assignment algorithmsWhen the large core load is too high, turn the priority thread into a secondary thread and hand it over to the small core.

This is especially important for notebooks because they have relatively few large cores. 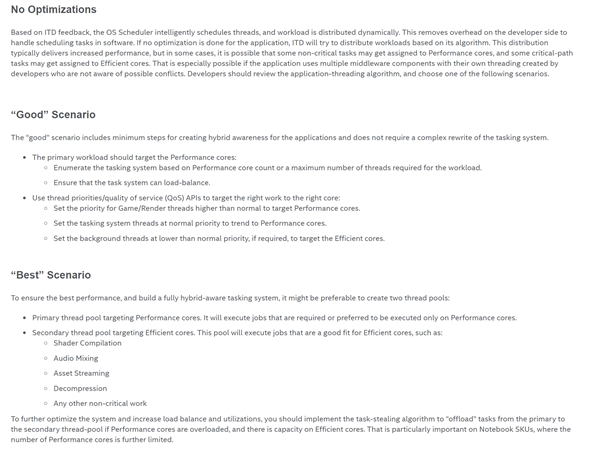 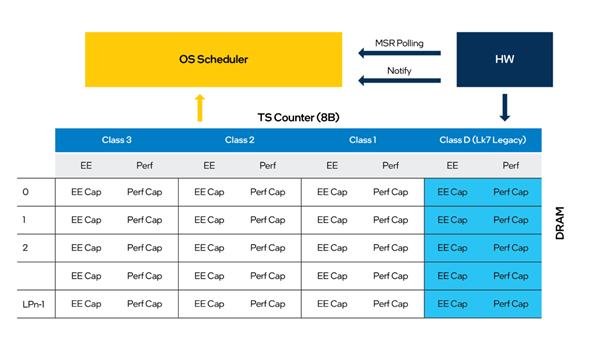 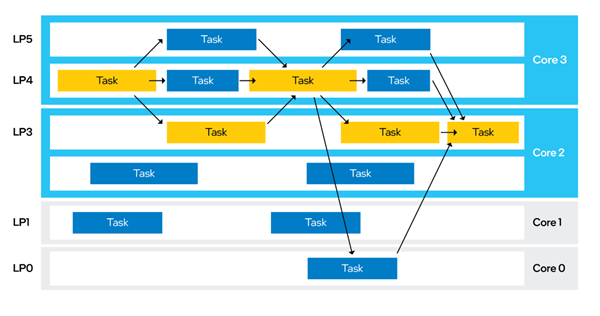 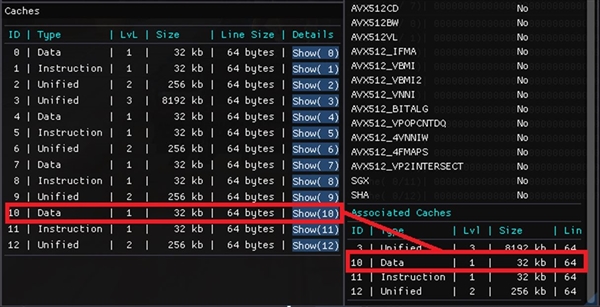 Related news
TSMC's 7nm process is more advanced than Intel. Why not make chips yourself?
Intel soul torture: 14nm is not good?
Airpods X generation? 399 dollars!
Experts say: there will be a price war between AMD and Intel sooner or later
Intel game graphics card is serious: you can overclock when you start
Hot news this week
Apple store staff committed suicide due to work pressure?
Xiaomi has issued a patent for autonomous driving, which can automatically adjust its driving ability according to the road class
U.S. inflation blasts Nearly half of households aim to live: the price of the commodity has gone up outrageously
Jiangsu Bank's Beijing branch was fined 4.9 million for "seven crimes" involving the illegal issuance of loans
Alipay announces automatic identification of automatic identification of vehicles to enhance the quality of drivers
Huawei has released a patent on the packaging structure that solves the problem of black spots on display panels
More than 20,000 domestic Model Y "broken shaft" recalls Tesla's ability to dump pots surprised netizens
Browser Search Engine Giants Quasi-Upgrade Microsoft to issue an unsafe warning to 2 billion Chrome users
Could new SEC rules prevent Chinese companies from listing in the US? The Foreign Ministry responded: firmly opposed
The U.S. blocked Avista's acquisition of chip giant ARM, fearing it would hurt competition and neutrality
The most popular news this week
After being disclosed, Canada Goose Commitment: Strictly abide by China Laws and Regulations
What signal? Italy fines Amazon $1.28 billion, bypassing the EU
Adobe is buying social media marketing company ContentCal
Plum blossom venture investment Wu Shichun: this year's new consumption apparently appeared an overheating or bubble phenomenon
What are the pain points and difficulties of innovation? Gome Dujuan: The system's internal consumption and mechanism of the short board
Canada Goose Update China Return Service Commitment: Tags are intact, support for free replacement
In history, the most expensive space package machine billionaires in front of Zemou make a success into the International Space Station.
China Space Station's first space teaching event has been a complete success!
Yumei Technology's final case did not perform the amount of more than 95 million chairmans were limited
Apple TVOS 15.2 RC Preview Publish