According to cat's eye professional,At 18:20 on October 15, "Changjin Lake" was released for 16 days, with a cumulative box office of 4.523 billion yuan, officially surpassing "Chinatown detective 3", ranking fifth in the box office of Chinese film history and third in the annual box office of the world.

After the end of the 15th, the box office of Changjin lake has reached 4.564 billion yuan. Today, it has recorded more than 111 million yuan in a single day, accounting for 75.9% of the market, and the number of films has exceeded 132000.

At this rhythm,The box office of Changjin lake is bound to surpass Wu Jing's own wandering earth (4.686 billion) this weekend, and it is only a matter of time to surpass Nezha's demon child (5.035 billion), so it is almost destined to enter the top 3 in Chinese film history.

In addition, the number of viewers of Changjin lake has exceeded93 million person times.

Have you seen it? 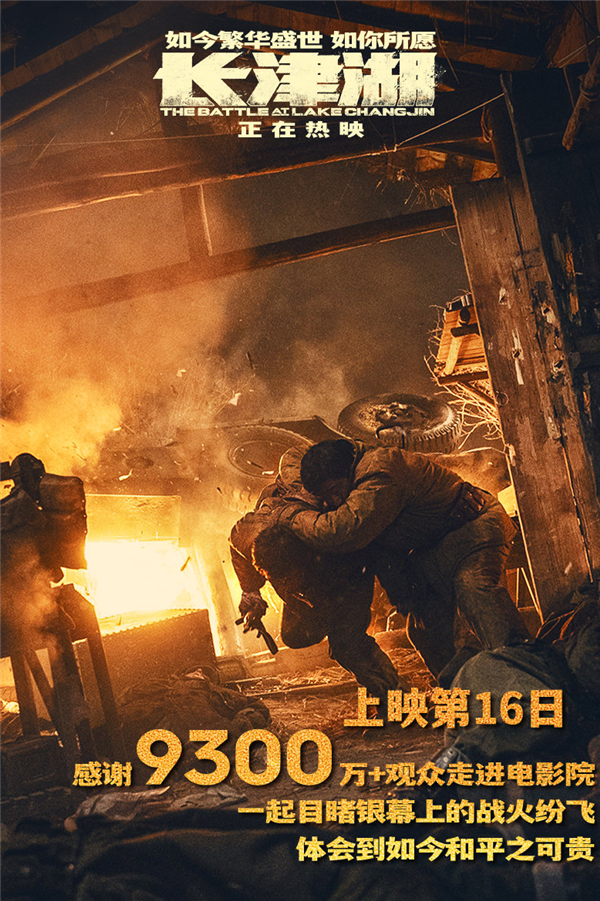